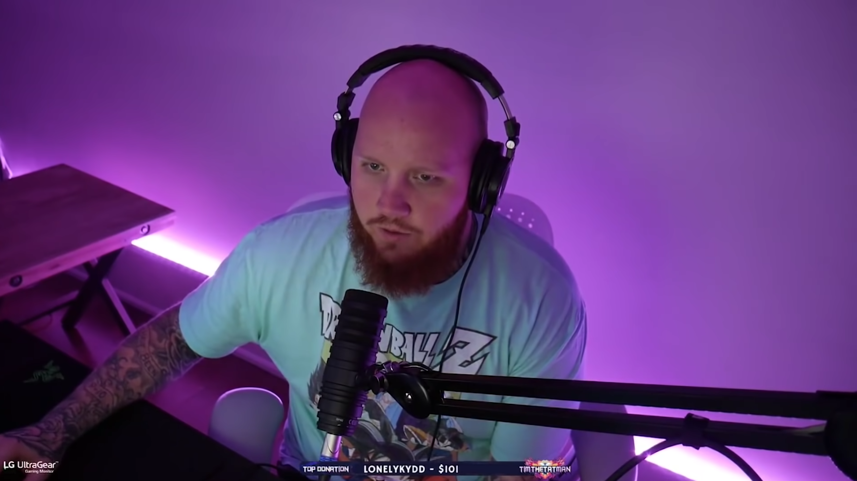 TimTheTatman played a little bit of Call of Duty: Warzone on stream today with Dallas Cowboys running back Ezekiel Elliott—and it didn’t take long for the NFL star to offer him a spot in the suites at AT&T Stadium in Arlington, Texas.

Tim, who’s an avid Cowboys fan despite living in Syracuse, New York, quickly replied to Elliott’s Twitter posts earlier this week announcing that he was going to start streaming. And today, the two finally got a chance to group up on stream.

Tim told Elliott that he hasn’t had a chance yet to visit the stadium that was built in 2009. He said that “hopefully” he can make it down this season some time to watch the team play. Without even taking a second to think about it, Elliott made sure Tim knew he could get a little bit of help with finding some seats.

“Hey, I got you,” Elliott said. “If you guys come down, you can sit in the suite with my family. I’ve got two tickets for you and your pops.”

Tim regularly explains to people that his fandom of the Cowboys stems from his relationship with his father, who was a fan of the team while he was growing up.

Additionally, Tim’s love of football is well documented through his involvement in NFL100 commercials during the Super Bowl each of the past two seasons. He’s also been one of the few Twitch streamers given the privilege to co-stream Thursday Night Football games on Twitch.

Not only was Elliott quick with the assist in real life, but he was also a good luck charm for Tim and his fellow streamers, Nadeshot and Cloakzy. After having a rough morning of games, Elliott joined the trio of content creators who hadn’t won a game all day despite hours of gameplay.

In the first game the group played together as a foursome, though, they took home a victory. While Elliott didn’t get his first kill of the match until one of the final firefights of the round, Nadshot was quick to tell him that the timeliness of his kill was more important than his quantity of eliminations.

Being a novice at the streaming game, Tim has tried to give Elliott a little bit of advice about how to handle viewers on the platform.

“Do you have a mod or something over there bro?” Tim said. “Twitch chat… They get really mad sometimes. You’ve got to kind of hold them back a little bit.”

Elliott said he has a few moderators for his channel, which has just under 3,000 viewers. At time of writing, Tim is still playing with Elliott, who’s also streaming on his Twitch channel that isn’t quite a week old yet.