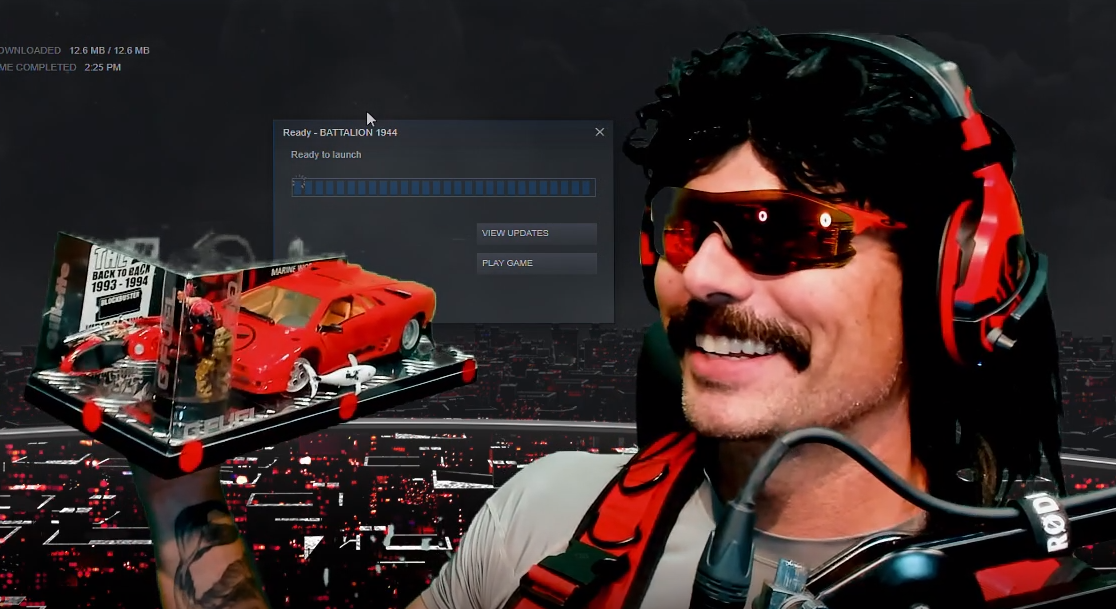 The Two-Time took aim at Tyler1 during an intermission while he was inside the locker room of his Champions club. After mocking Tyler1’s mic quality, DrDisrespect suggested that Tyler1 could fit inside one of his lockers. “Hey Doc, it’s Tyler1, I’m trapped in a locker,” he said.

The Doc put his mic extremely close to his mouth, which caused a harsh increase in volume. He was attempting to replicate Tyler1’s mic quality and sound. The League streamer is known for his outlandishly loud tone during matches, donations, and games.

During his imitation, DrDisrespect said “why don’t you come and play League of Legends, Doc? I’m 6 foot 9.” Although the League streamer has claimed that he’s above 6 feet tall, it’s believed that he’s around 5 feet 6 inches tall, however.

The Doc wasn’t finished there, however. Near the end of the clip, the Two-Time criticized Tyler1’s stutter, which is a running joke within Tyler1’s community. His stutter is a popular feature of his streams, considering that it usually leads to a rage.

Tyler1 hasn’t responded to the Doc’s comments yet, but these imitations seem like harmless fun.