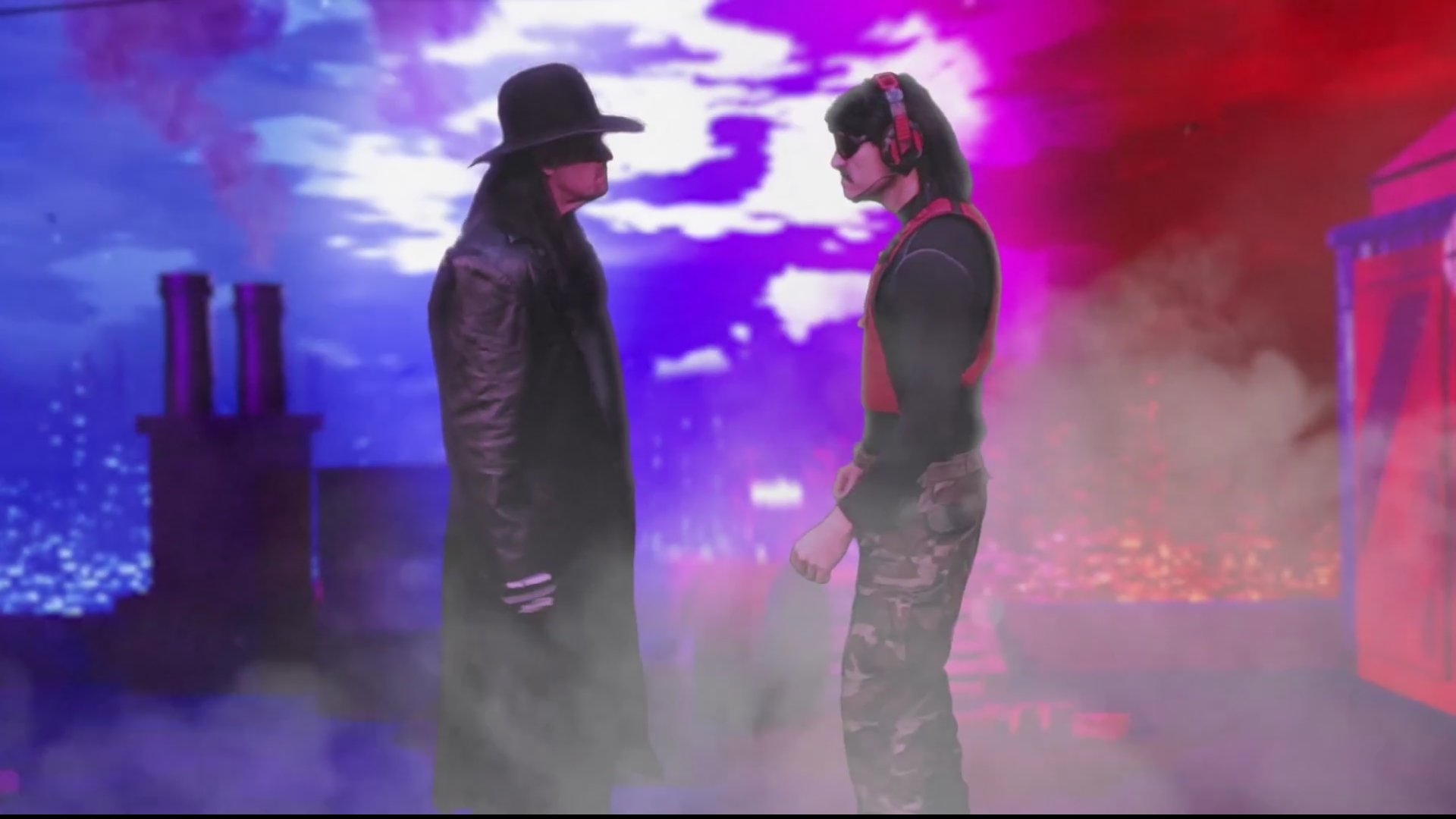 The week-long feud between Dr Disrespect and WWE’s The Undertaker came to an explosive conclusion today live on stream.

After The Undertaker took over Doc’s stream with encrypted messages, destroyed his Lamborghini, and vandalized the Arena, the Doc was waiting all day today for The Undertaker to show up. But he didn’t, until the very end of his stream.

When the Doc went outside the Arena, he found his statue replaced with what looks like to be a new, Undertaker-themed Gfuel flavor. So it appears this was all to promote a new energy drink.

The Doc then ended up meeting face to face (kind of) with The Undertaker on the roof of the Arena. It was here where the two exchanged words and the Doc chugged Gfuel shaker after Gfuel shaker before tossing it off of the roof emphatically.

The stream ended with The Undertaker and Doc exchanging chokeholds, leaving a broken pair of Doc’s glasses on the ground. The stream then ended, but not before a highlight reel of the week’s events took place, showing all of the interactions between the two.

It’s unclear what will happen next in this collaboration between Dr Disrespect, The Undertaker, the WWE, and Gfuel. But it’s been an interesting week, to say the least.