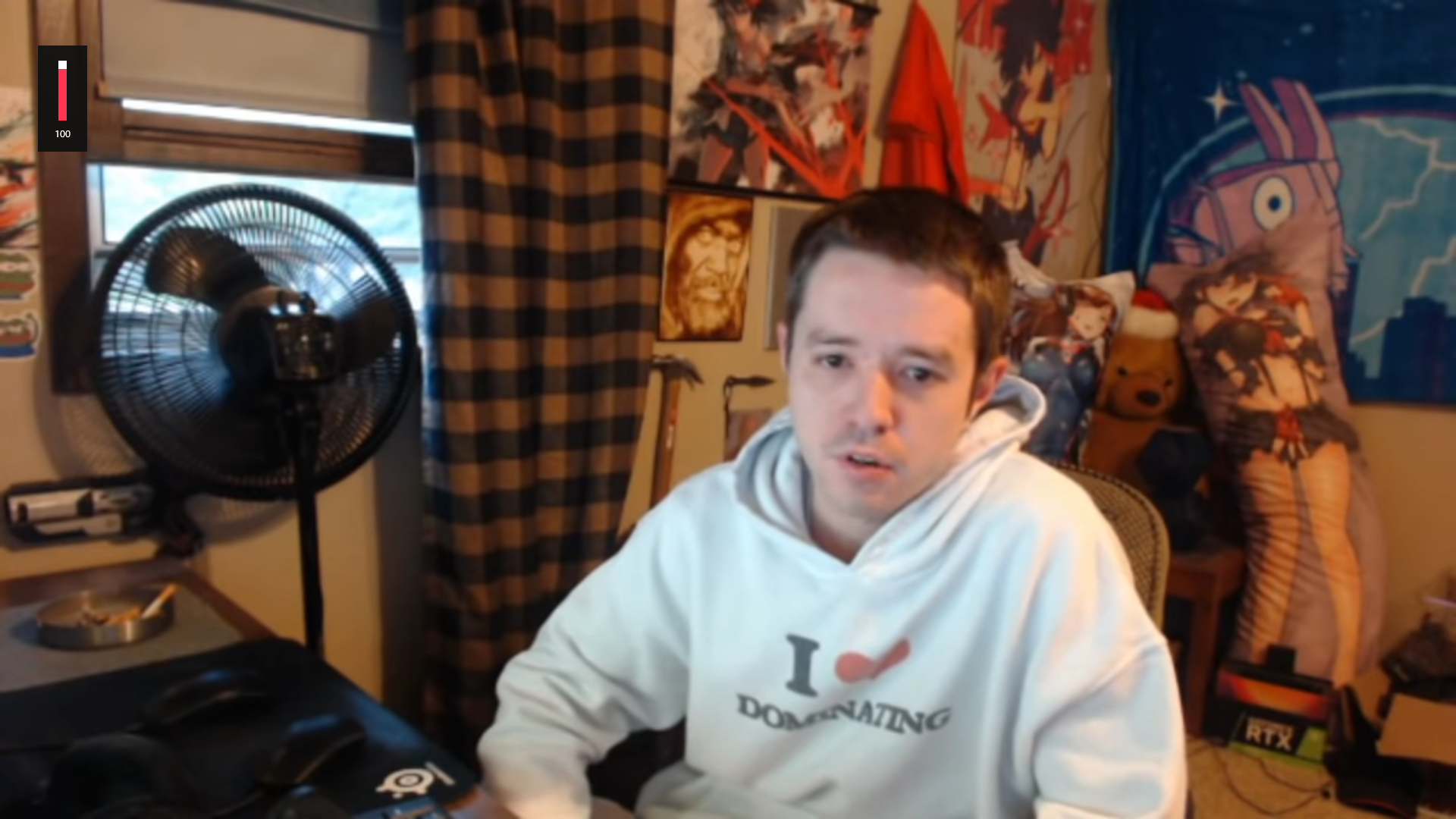 Popular streamer and former Overwatch pro Matthew “Dellor” Vaughan has returned to streaming on YouTube after getting banned from Twitch—and his return brought in 20,000 viewers.

Dellor was recently banned from Twitch for apparent self-harm. The controversial streamer said that his ban came after he smashed a keyboard over his head in frustration during a game of Apex Legends. Later, he confirmed that the ban was permanent due to several strikes on his account.

Fans became concerned for Dellor’s safety after he went quiet on his social media accounts, but on Oct. 3, he released a statement saying that he had checked himself into a hospital to receive therapy and treatment.

On Oct. 6, Dellor made his unannounced debut on YouTube’s streaming platform to test out his broadcast. By the end of his stream, he hit 20,000 viewers and was momentarily the top streamer on the website. This likely gave Dellor a ton of hope for the future, especially after losing his Twitch account.

Although these numbers might have been elevated due to his return, this is a good sign for Dellor’s streaming future. Twitch might be one of the most popular platforms to stream on, but YouTube is a good alternative for someone who needs a second option.