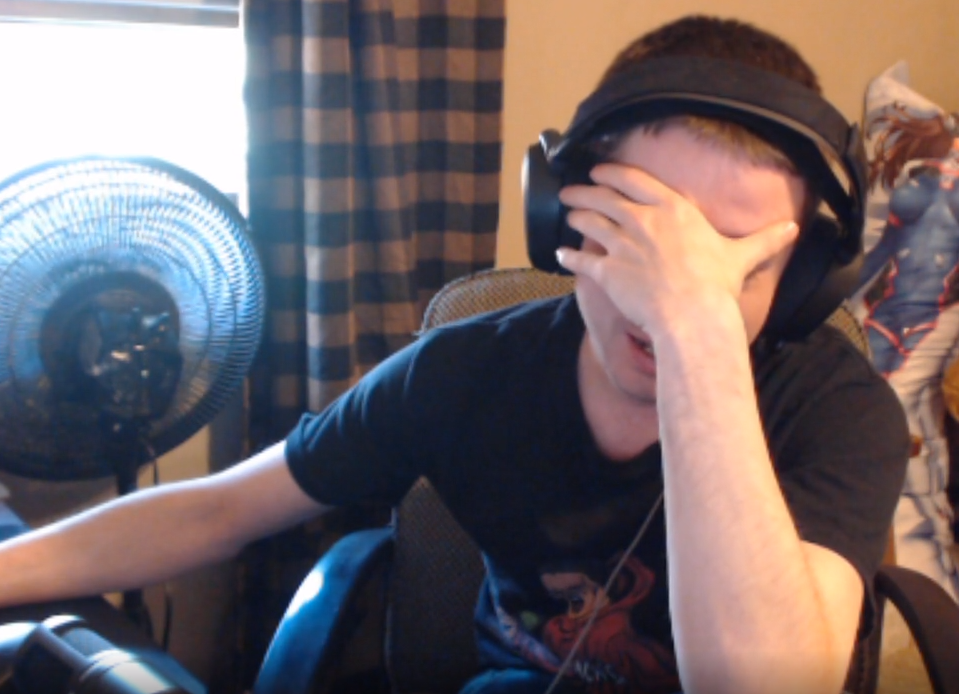 The suspension was allegedly issued because of a clip in which the streamer broke a keyboard over his head while playing Apex Legends. Dellor claims to have done this many times on his stream without being banned and said he was never issued a warning for the behavior.

“They considered me breaking a keyboard over my head as self harm,” Dellor said. “I’ve done this hundreds of times on my stream. I took time to figure out the cheapest, flimsiest, easiest to break keyboard to make sure I never harmed myself in the process. I had no intention of harming myself, I did it to entertain my fans.”

After Dellor initially found out about the suspension on Oct. 1, he expressed the toll it took on his mental health in a concerning TwitLonger post.

Since then, the streamer admitted himself into a psychiatric facility and received treatment, medication, and therapy, which he claims helped “tremendously.”

Twitch informed the streamer that the ban is permanent because of the number of strikes against him already. Although Dellor has been on “good behavior” recently, he was dropped from the Toronto Esports organization for calling a player the N-word 60 times in 2017. He was also banned from Twitch earlier this year for telling a female player to “go cook a fucking sandwich.”

It’s unclear what Dellor’s next steps are. But with streaming on Twitch no longer an option, fans may see him join Ninja on rival streaming service Mixer.