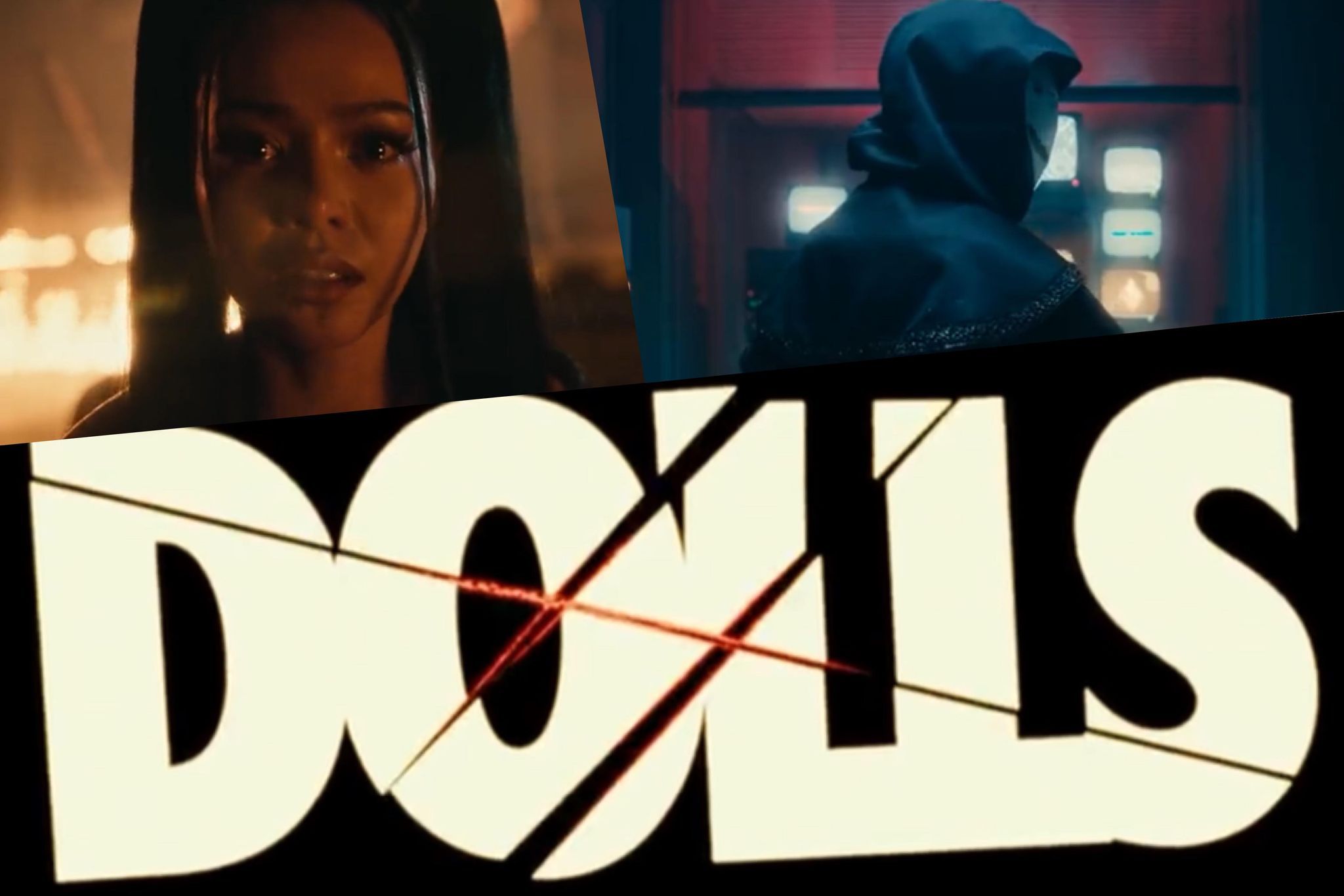 Images via Bella Poarch on Twitter | Remix by Kacee Fay

Popular creator, TikTok star, and singer Bella Poarch has unveiled a teaser for her upcoming song “Dolls,” which is set to release on July 15. The song is a successor to her hit debut song “Build a Bitch” and will continue the storyline from that song and video.

The short teaser for “Dolls” features Poarch holding and looking at a seemingly lifeless Valkyrae in her arms. The background is ablaze and the duo are still wearing their iconic looks from “Build a Bitch,” which indicates that this likely takes place right after Poarch and her friends set fire to the factory and secured their freedom in the previous video.

Related: Valkyrae slams shipping, discusses how it is ‘affecting friendships’

Poarch then looks up directly into the camera and lets out a terrifying scream. The camera slowly pans out and turns into a television that is revealed to actually be a camera focused on Poarch and Valkyrae with someone standing menacingly while watching them.

The figure watching the duo is cloaked and standing in some kind of control room with many televisions that are cameras watching Poarch and the nearby area she is in. The person then turns slightly and popular Minecraft creator Dream’s signature smile mask can be seen on the figure’s face.

Poarch is a huge fan of streamers and has previously featured many creators in her past music videos. Some of her past guests include Disguised Toast, Ludwig, TommyInnit, TinaKitten, Fuslie, and LilyPichu. Poarch has also featured streaming star Valkyrae in all three of her music videos thus far.

Following Poarch’s initial announcement for part two of “Build a Bitch,” a series of tweets were shared between the singing star and Dream. These tweets teased the creator’s possible appearance in the music video, which has now been confirmed upon a figure wearing his signature mask appearing in the teaser.

Fans are already speculating on whether Dream will appear in the music video simply as a character or if the creator might have a feature on the track. The Minecraft star has previously ventured into music with his songs “Roadtrip,” “Mask,” and a collaboration with singer Alec Benjamin called “Change My Clothes.”

Poarch and Dream have yet to comment on the official nature of the creator’s appearance, but the title and pre-saves that are available for “Dolls” do not feature the creator’s name and thus it is probably unlikely that he will be singing on this track.