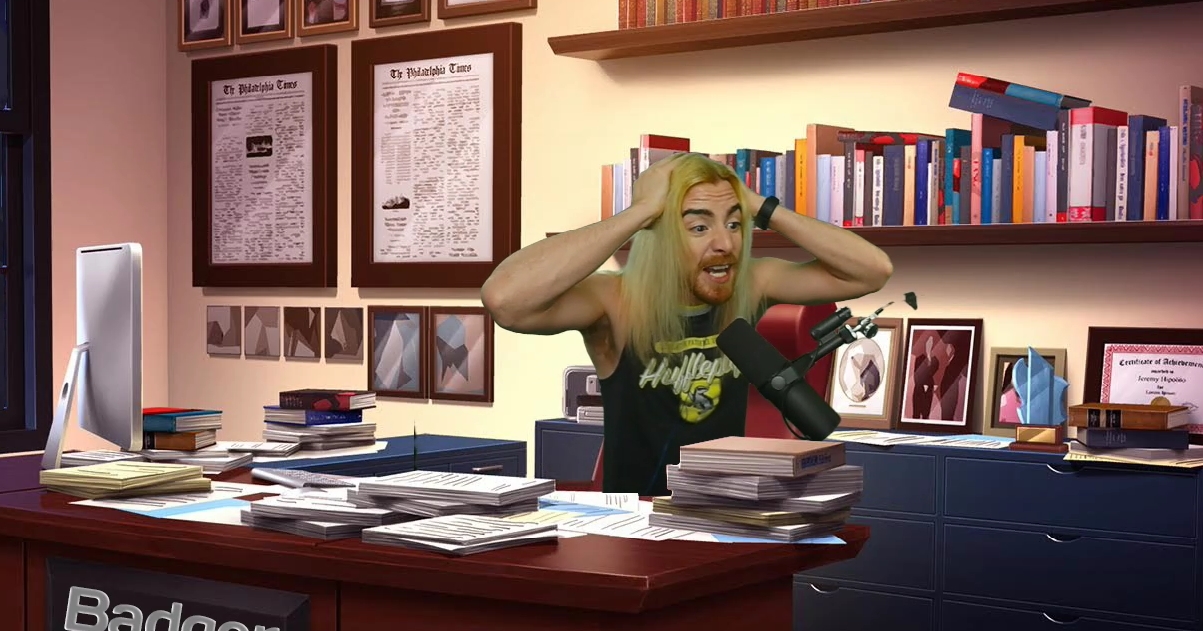 William “The Video Game Badger” was already a full-time Twitch streamer and content creator before his Terraria run at Awesome Games Done Quick, but now that more than 150,000 people have gotten to see how much fun he is to watch, his channel exploded.

On his first day back from AGDQ, Badger returned to his channel to see that more than 400 people were ready to watch him try his revenge run and complete the Terraria run that he didn’t get to finish at the event.

And it wasn’t just the viewership. In the three days since doing the Terraria run and helping to raise $30,000 for the Prevent Cancer Foundation, his follower count jumped from 32,000 to 39,000 because people were coming over in droves to support him.

He went on to gush about how much fun he had at the event and how he hopes that he can make it out to do another run at Summer GDQ, but he had to keep pausing because so many viewers were subscribing. At the start of the stream, Badger had a total of 731 subs, but in less than an hour, he had blown past his previous record and broken the 1,000 sub mark.

By the time he wrapped up the six-hour broadcast, the speedrunner had more than doubled his initial sub count. This insane growth was almost entirely thanks to how positive and entertaining Badger was during his AGDQ run, where despite failing to complete the run, he made sure to keep smiling and interacting with the crowd.

Multiple times throughout his stream, Badger was left speechless due to the support and multiple 100 gift sub bombs that were dropped before and during his revenger run.

Throughout all of the big donations, subs, and other people coming in and talking about his run, Badger continued to thank everyone for supporting him and talked just a bit about what all of the support meant to him. His positivity was still present even as he tried to compose himself for the camera while being emotional.

By the end of the stream, Badger finished with more than 1,640 subscribers and 40,000 followers. He also smashed his normal viewership average, sitting at around 900 viewers for the majority of the six-hour stream, when he normally averages around 150.