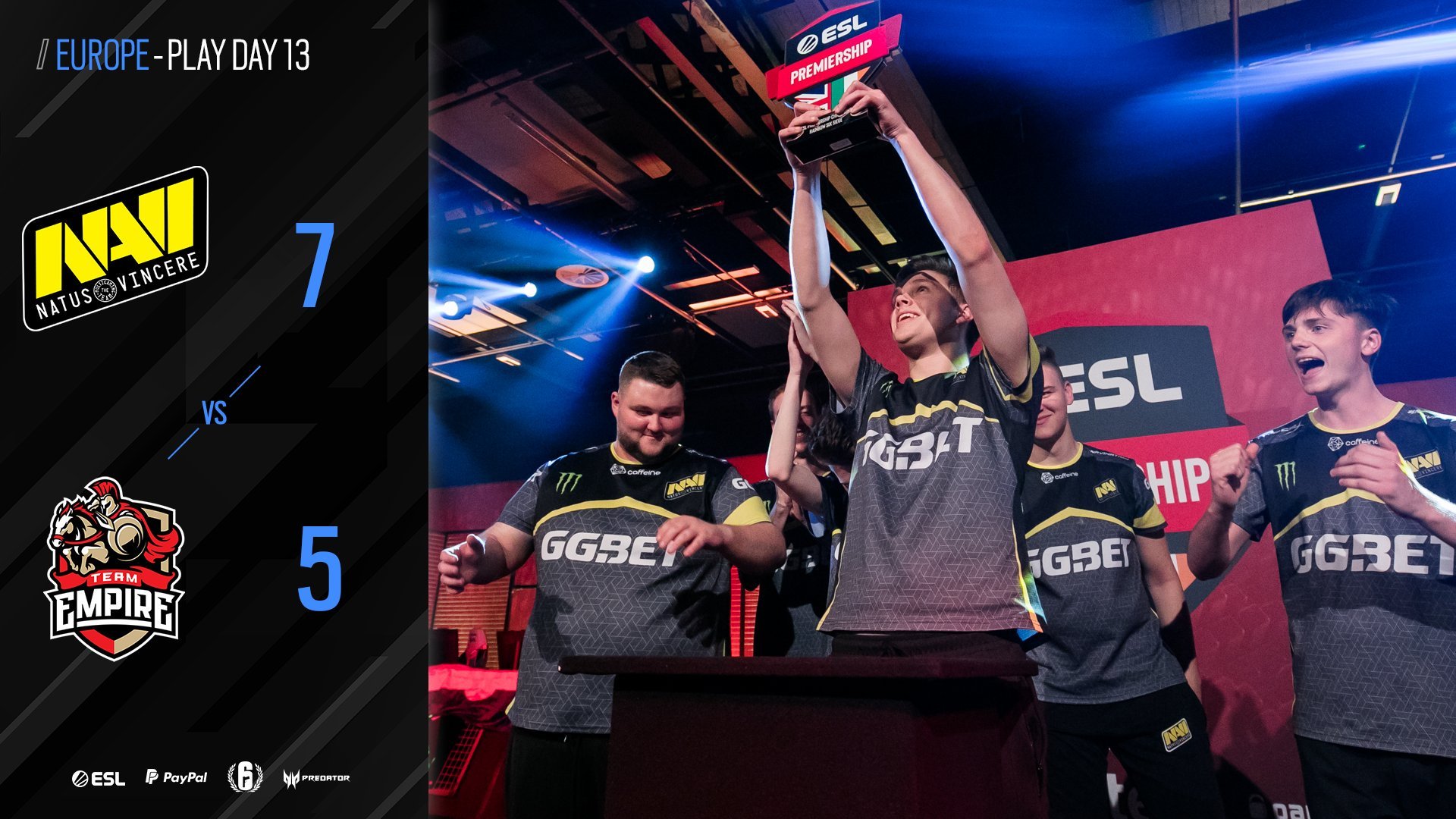 Na’Vi R6 team have one of the more interesting stories in recent memory. Starting out in the European Challenger League as MnM Gaming, the roster excelled throughout the gauntlet of the EU Challenger League. While making it to the EU division of the Rainbow Six Pro League is impressive in its own right, the swift move to the top of the division speaks even louder to the depth of skill on this roster. Overtaking G2 seemed like a long shot entering matchday 13’s game with Empire, but the rookie Pro League squad came prepared to win.

Na’Vi have proven to be lethal before in their matchups with G2. After beating the legendary G2 lineup in both of their previous matchups, Na’Vi looked to have massive spoiler potential early on in the season. Empire, on the other hand, had been slipping from their previous indomitable selves and looked to mirror the trajectory of a season nine G2.

While G2 and Empire were in the running for a Japan spot at the beginning of the day, both squads were snuffed out by their opponents in one way or another. G2 suffered heavily in the points department due to their draw with Giants Gaming, which effectively handed Giants a Japan slot. Their fate was left in the hands of Empire, who, had they won against Na’Vi, could have kept G2 in the running.

Both Japan slots are locked and loaded for the European division of the Rainbow Six Pro League. With one more matchday left to play, there are only two major things for fans to look out for in the closing matches. Primarily, fans will be concerned with who’s headed to relegation matches. CHAOS’ win today bumped PENTA down into relegation, but only by two points. If PENTA can rally against G2, then they could avoid relegation if CHAOS drop their match against Na’Vi.

The second thing to track in the closing matchday will be the competition between Giants and Na’Vi, since the division’s seeding is still undecided. Giants will be looking to hold out against a weakened Empire to secure the first seed at the Japan Finals, while Na’Vi will try to overtake Giants with a win against a desperate CHAOS.

The 14th and final matchday of the European division of the Rainbow Six Pro League is on Monday, Oct. 14. Fans can catch the final division broadcast here.