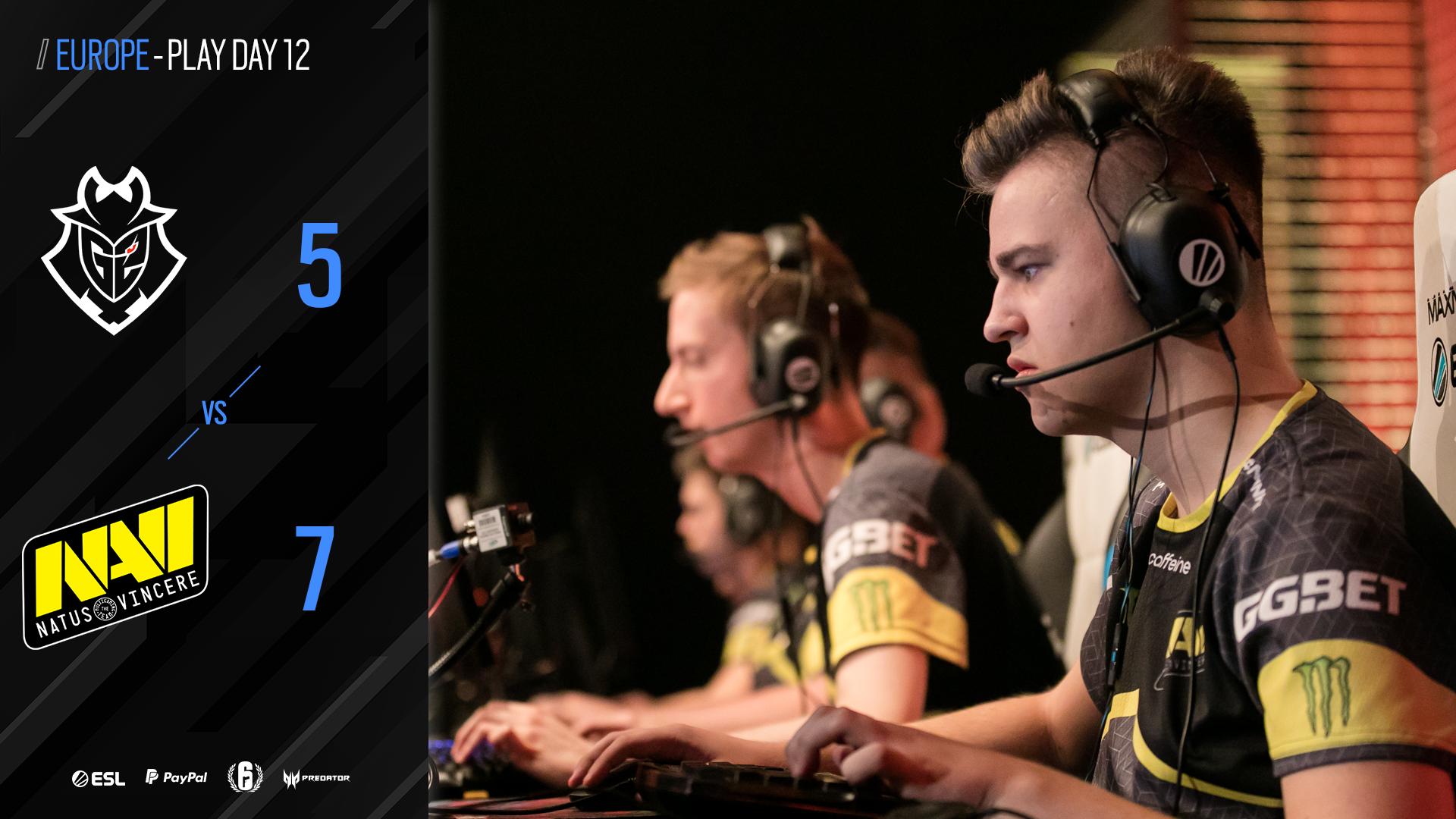 In a fitting end to a matchday of upsets for the EU division, Natus Vincere came back with seven-straight rounds to take down G2 Esports 7-5 today.

Na’Vi overtaking G2 in today’s matchup upset predictions for several reasons. Perhaps the most unforgivable aspect of the loss is that G2 had Na’Vi backed into a corner with five unanswered round wins. Upon switching sides, Na’Vi pulled off a miraculous seven-round winning streak to deny G2 any points in the matchup. G2 have also been on a comeback after a rough start to season 10 and they’ve been looking like their dangerous selves, which makes Na’Vi’s win even more impressive.

Ben “CTZN” McMillan and Luke Kendrew put on a massive show in the back half of the match. CTZN stood out with a 3K and a defuser plant that led to an insane one-vs-two clutch by Szymon “Saves” Kamieniak, who more than lived up to his namesake with the all-important save. Kendrew remained a presence throughout the entire match with himself and CTZN making the most out of otherwise dire situations.

Individual efforts aside, Na’Vi’s repositioning in the standings was contingent upon every other top-ranked team losing their matchups. Empire got leveled by CHAOS, Giants were absolutely wrecked by Vitality, and Na’Vi got the upset over G2. It was truly a perfect storm in the European division today for Na’Vi fans, who hope the squad can hold out in their matchups going forward.

After jumping over G2 and Empire in the standings, Na’Vi position themselves in a fragile second just under Giants Gaming. While Giants sit up top with 28 points, Na’Vi pushing to 24 points means that they could overtake Giants leading up to the Japan Finals. Given that Giants have two rough matchups with G2 and Empire to end season 10, Na’Vi could capitalize on a softer matchday 14 game with CHAOS.

The European division of the Rainbow Six Pro League returns on Oct. 11 for matchday 13. Fans can catch the second-to-last official broadcast here.