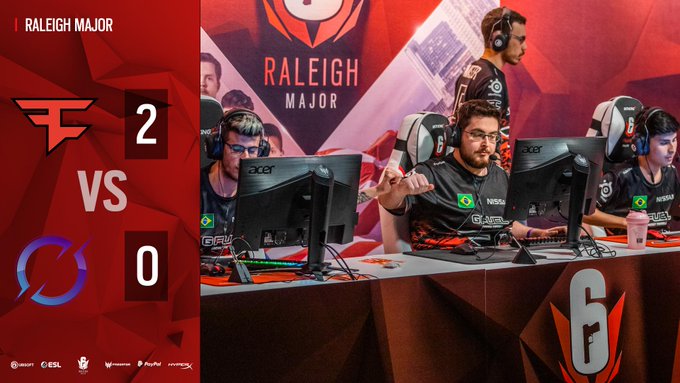 FaZe Clan crushed DarkZero 2-0 in their best-of-three decider match with identical 7-5 scorelines per match. While this is a disappointment for North American fans, Latin American supporters are undoubtedly proud of FaZe for carrying their region into the final days of the Raleigh Major.

FaZe looked rough in their last matchup with the new Russian Machine, forZe, but they seemingly recovered from that defeat. Edging out DarkZero isn’t an easy task since they’re at the top of the North American standings. FaZe’s victory brings the North American presence down to just two out of the five NA squads that showed up to the Major.

DarkZero are the latest North American team to fall on home soil, further perpetuating the curse of the NA division. Now, North America fans will have to place all their hope on Spacestation Gaming if TSM can’t pull out a win in their matchup with the Latin American MIBR squad.

The final decider match of the day is about to kick off. Fans can catch the TSM vs. MIBR matchup here.