The next big update for PUBG is out now on test servers, which means Krafton has shared details about what version 12.2 and the new TAEGO map will add to the game.

TAEGO is the first new 8×8 battleground released in PUBG since 2018 based on 1980s South Korea that spans open fields all the way to the tight arena that is the Hosan Prison.

The map, which launches officially on PC on July 7 and on consoles on July 15, also features exclusive gameplay mechanics, including Comeback BR, a second-chance for players to get back in the fight even after being eliminated the first time, and the Self AED, an item that will let players revive themselves.

A new partnership with Hyundai is bringing the company’s Pony Coupe exclusively to the TAEGO map with an all-wheel-drive design for enhanced control across the diverse terrain. 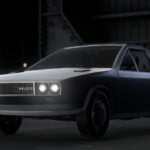 The Survivor Pass: TAEGO is also dropping with 50 levels of content heavily inspired by the new map. Just like with other Survivor Pass content, any player that surpasses level 50 can also earn bonus rewards.

TAEGO also directly ties into Krafton’s new live-action short film Ground Zero, which stars Train To Busan’s Don Lee that was released on June 26. In the film, Lee plays a prisoner attempting to escape Hosan Prison located in TAEGO, and the story ties into the lore of the PUBG universe and the new map.

Krafton also re-launched the lore deep dive series, Mysteries Unknown, with Star Trek: The Next Generation star Jonathan Frakes giving fans a deeper look at the deadly history behind the competition in Birth of the Battlegrounds.

You can learn more about TAEGO, the 12.2 update, and how to join the PUBG test servers on the official PUBG website.