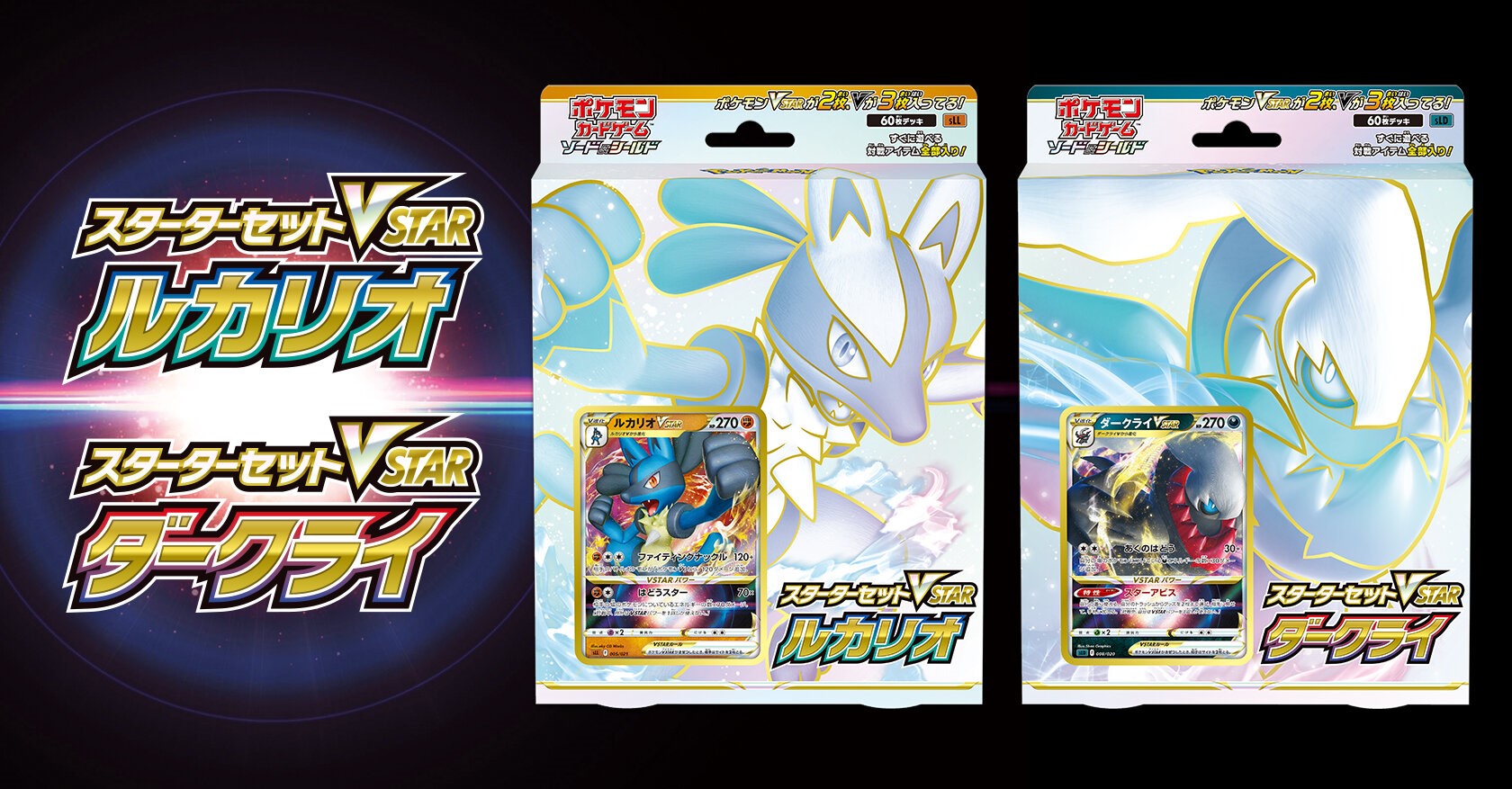 Pokémon OCG has had a ton of surprises to show to round out the week and one of these are the latest Starter Sets featuring VSTAR Darkrai and Lucario.

The latest two Starter Sets, which are set to launch in stores on Feb. 25 alongside the newly revealed Battle Legion, include the latest two VSTAR Pokémon to join the Pokémon OCG.

In a statement, The Pokémon Company revealed what each of the cards VSTAR abilities will do. Lucario’s Aura Star will cost two energies and deal 70 damage for each energy attached to the Pokémon in your opponent’s field.

Darkrai VSTAR boasts the power Star Abyss, which allows players to search their discard pile and return two cards to their hand. Like all VSTAR cards, you can only use one ability per game.

Alongside the new VSTAR cards, these starter decks boast 60-card decks and more, including playmats, damage counters, and coins.

There were other cards shown in today’s announcement which can be seen here.

These items will launch in Japan and at this stage, there has been no word of when they will reach the West. If you’re planning to pick one up in Japan, they will each cost 1,710 yen.

For those in the West who are eagerly trying to get their hands on these starter decks, you’ll want to check out your usual international online retailers or consult the resale market.