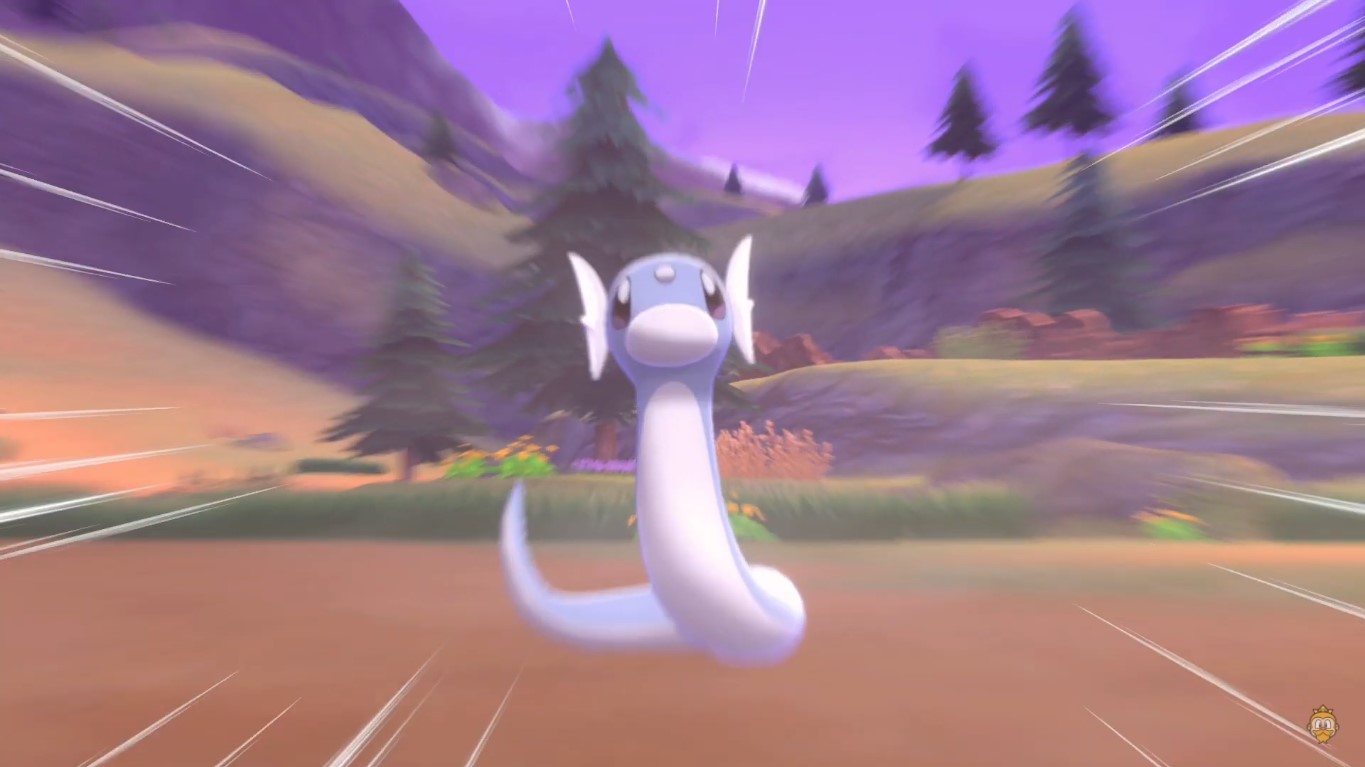 Pokémon Sword and Shield‘s latest DLC, The Crown Tundra, brought back many Pokémon from previous titles of the franchise—and one them is Dratini from gen one. The Kanto region Pokémon only became obtainable with the release of The Crown Tundra expansion.

Dratini can be caught by fishing or by encountering it in the overworld in the water. But you only have a five-percent chance of finding one, which makes it a rare Pokémon in the Crown Tundra. Search around the lake and just keep looking because it might take a lot of time for one to show up.

The weather won’t affect your chances of encountering a Dratini in any way, so don’t worry about needing to catch it at a certain time. It’s quite small, but you’ll recognize it by the white “ears” popping out from the water.

If you find a Dratini, be careful not to defeat it before catching it. It will spawn with a level around 65 and is weak to Ice, Dragon, and Fairy-type attacks, so try using other types of Pokémon to catch it and come prepared with a lot of Poké Balls just in case.

The objective of catching Dratini is to evolve it into Dragonite, a strong Pokémon. Dratini is a Dragon-type Pokémon and evolves into Dragonair and later into Dragonite. It only requires leveling up to evolve, so you won’t need any special items.