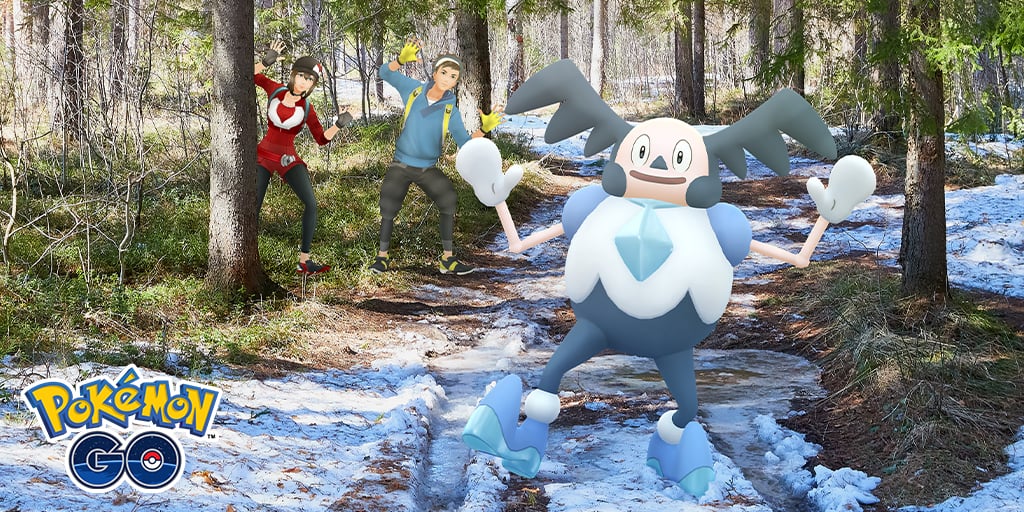 Galarian Mr. Mime and its evolution Mr. Rime are both joining the Pokémon Go Pokédex in a new ticketed Special Research story event that might leave some players out in the cold, Niantic announced today.

From Dec. 18 to 21, every player can expect to see some increased spawns for certain Ice-type Pokémon, including Jynx, Swinub, and Cubchoo. Shiny Cubchoo will also be available for the first time during this period.

As for bonuses, Incense will be more effective at attracting wild Pokémon and will last for three hours instead of the usual one hour.

As for the Galarian Mr. Mime portion of the event, on Dec. 19, players can purchase a ticket to gain access to a Special Research line featuring Galar-native Pokémon. This will be the only way to obtain the latest Galarian form being added to Pokémon Go for now.

By the end of the Special Research story, you’ll have earned enough Mr. Mime Candy to evolve your Galarian Mr. Mime into Mr. Rime, all while earning a special event medal too. Alolan Vulpix, Jigglypuff, Jynx, Whismur, Chimecho, and Snorunt will also be reward encounters for completing research tasks.

You can purchase a ticket for the “Tap… Tap… Tappity-Tap… Special Research” event in the Pokémon Go app for $7.99 if you want to participate in the upcoming story.