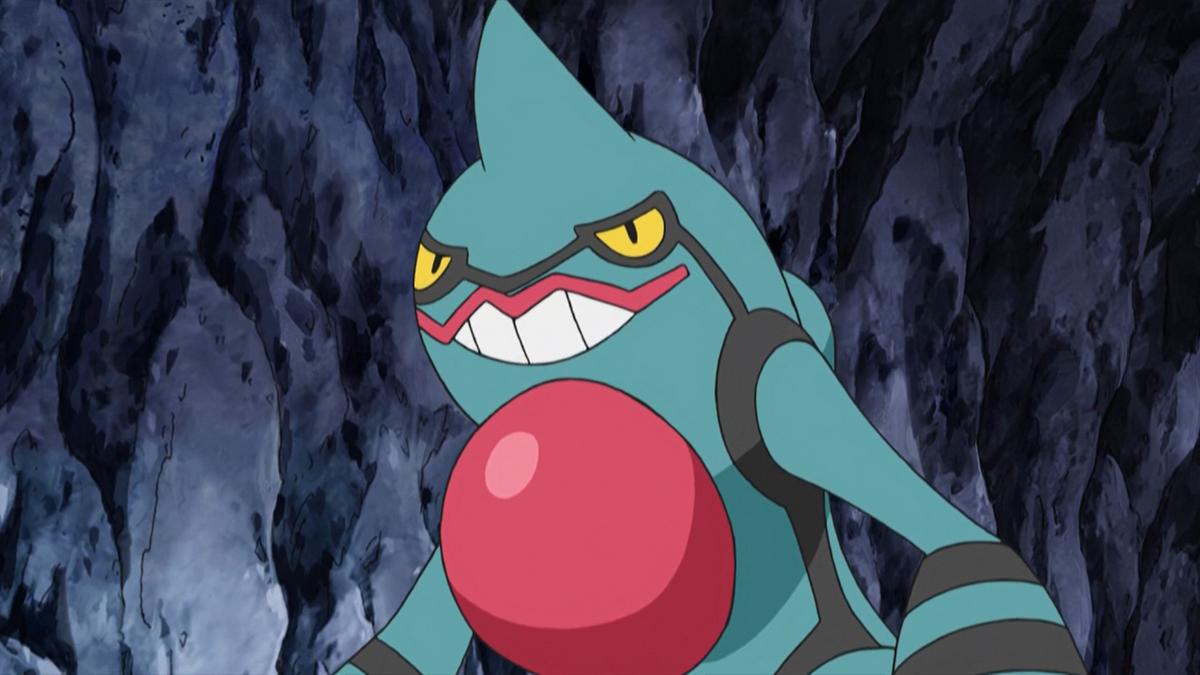 We all have our Charizards, Greninjas, and Mega Rayquazas. They’re cool, flashy, and steal all the spotlight. These Pokémon are incredibly popular and everyone knows they can be real beasts when it comes to how strong they are in battle.

But what about the little guys? What about the Blastoises, the Hawluchas, and the Mega Altarias? There are some Pokémon that are commonly forgotten and are considered to be among the bottom of the barrel but are more often than not, simply unexplored and not given enough credit.

When used under the right context, these Pokémon can shine and show off their unique niches that let them stand out among the very tough competition they have, with the roster of Pokémon nearing a thousand entries.

And so, below, we will talk about a couple of the underdog Pokémon that exist in the franchise that even you may have forgotten about but deserve another look at.

Here is everything about the seven best underdog Pokémon, their suggested moves, and counters.

Now, by no means is Typhlosion disliked. In fact, this blazing badger has a cult fan following, which means there is a good chunk of the Pokémon community that loves Typhlosion. That being said, there is another Fire-type Starter that was released at a very similar time and has always stolen the spotlight from Typhlosion: Charizard.

Even though Typhlosion has been overshadowed since the dawn of the franchise, there is a lot to admire about this second-generation Fire-type Starter. It has a respectable base stat total, has access to strong and rare moves like Eruption, and just looks plain badass. Give this menacing weasel a try if you haven’t already.

Counters: Water, Ground, and Rock-type attackers should make quick work of Typhlosion due to its mediocre defenses. A good counter would be its partner Starter itself, Feraligatr.

Every one of the Island Guardians have their own uses. Lele, Koko, and Fini see significant usage in competitive battling even though each terrain has another terrain setter currently available, because of their raw strength and great base stat total that are unrivaled. The same can’t be said for Tapu Bulu since Rillaboom provides overwhelming competition for it.

Even though Rillaboom gets great utility moves like Fake Out and U-Turn, Bulu possesses a greater attack stat in combination with healing from strong STAB Horn Leeches. The Fairy typing also gives it a good amount of resistances that Rillaboom does not benefit from.

Counters: While Fire and Flying types may seem like an immediate choice to counter a Grass-type, Tapu Bulu’s secondary Fairy typing makes it four times weak to Poison. Naganadel proves to be a great counter for Bulu.

This Pokémon was released in the latest generation of the main series games itself, and yet it has almost been forgotten by the fanbase. Its design and concept is incredibly unique and it is almost criminal that this Pokémon hasn’t been given more attention.

Falinks is actually six smaller creatures that have come together in a line to give this Pokémon an almost worm-like appearance. It only becomes apparent that this Pokémon isn’t one single creature when it uses its signature move No Retreat.

This move is another reason to love this Pokémon, even if it is simply because of the beautiful animation the move has, where the six creatures stand in a V formation and give out a war cry with large, crashing ocean waves in the background and moody fire torches adorning the sides of Falinks. No Retreat provides Falinks with an omniboost, giving a one-stage raise to each of its stats, making it a threat not only offensively, but defensively as well.

Counters: Any Pokémon with access to a strong STAB Psychic, Fairy, or Flying-type attack can make quick work of Falinks, even in a single hit. Hatterene is a great counter since its Fairy and Psychic moves can one-shot it while Falinks’ Close Combat will do negligible damage to Hatterene.

One half of the Eon Duo, Latias is an incredibly powerful Legendary Pokémon introduced during Generation Three but was immediately overshadowed by her very own brother, Latias. While Latias was more meek and caring, Latios was shown to be more dominant and aggressive, making Pokémon fans have an easy pick of who their favorite among the two was.

That being said, Latias possesses some very cool skills, one which can make it turn completely invisible at will, and another called “Sight Sharing” that was shown in the fifth Pokémon movie, which allowed Latias and all the people around her to let them see exactly what Latios was seeing.

Furthermore, even within the games, Latias has its own niche over its brother, Latios. While Latios may be a stronger attacker, Latias is a great pick if you want the same Pokémon as Latios except with extra bulk instead of offenses. The increase in its defenses go a long way in aiding this Pokémon’s survivability and even lets Latias be a better support to its partner in double battles than Latios could be.

Counters: Latias’ dual typing gives it a whopping six weaknesses in Dragon, Fairy, Ice, Dark, Ghost, and Bug. Any Pokémon that can fire a strong STAB attack with any of those six types, preferably hitting it on the physical side can probably take it out in one shot, such as a Knock Off from Weavile.

Lunala had its time in the spotlight when it was revealed as the mascot Legendary for Pokémon Moon. It was admittedly the cooler one of the two mascot Legendaries (although a giant lion clad in metal isn’t half bad either), with a slick design and lore to go along with it.

Its glory days were short-lived, however. With the arrival of Generation Eight, especially the Isle of Armor and Crown Tundra DLCs also arrived Calyrex-Shadow.

Calyrex-S boasts the same typing as Lunala, but is faster, hits much harder, and possesses an absolutely broken ability in As One (two abilities working at the same time, in fact), as well as an overpowered signature move in Astral Barrage. In the current Series 12 VGC meta, Caly-S is the preferred Ghost/Dark-type Pokémon to use.

So does that make Lunala obsolete and not worth using on your team? Of course not. While it may be a bit of a niche pick, Lunala has been seeing a rise in usage recently. Its ability to set up Trick Room to aid slower teams, Icy Wind to aid faster teams, Shadow Shield to ensure a Dark or Ghost-type move won’t knock it out in one hit (unlike Caly-S), as well as Moonlight to heal off any damage it takes, healing even more HP on the Sun teams it is usually found on makes Lunala a potent underrated threat.

Counters: Any Pokémon that can hit it with a Dark or Ghost-type move, since it will take it out in two hits mostly, courtesy of its Shadow Shield ability. Incineroar, Rillaboom (with Knock Off), and Calyrex-Shadow are great counters to Lunala.

Grass-type Pokémon are the very first to be overlooked. After all, they’re just plants for the most part and don’t stand out as much as the blazing Fire types or the creepy Ghost types. The same can’t be said for Tsareena though, and yet it has gone underappreciated.

Tsareena is based on monarchy, such as a queen, and even the fruit it takes inspiration from, the mangosteen, is commonly known as the queen of fruits. Tsareena is all about kicking and even incorporates it into its evolution method. Steenee, its second stage, evolves into Tsareena only when it is leveled up while knowing the move Stomp. Tsareena is said to continuously kick its opponents even after they are defeated, laughing triumphantly when they do so. Scary.

Tsareena is also incredibly useful in the games as well, due to its amazing ability in Queenly Majesty, which prevents any priority moves from the opponent’s side of the field from working. This ability is especially useful in double battles, where you can comfortably switch in your Tsareena waiting in the back when you anticipate your opponent to launch a priority move at your partner, stopping the move from activating and letting your partner do as it pleases, unharmed.

Porygon was a man-made Pokémon, and so are both its evolutions, including Porygon-Z. That being said, academics can’t quite decide if Porygon-Z should be referred to as the true evolution of Porygon 2 since this was not what they planned on creating. Scientists wanted to give Porygon-Z the ability to travel through alien dimensions, but that didn’t work as planned, and Porygon-Z emerged as this odd, highly erratic, and unstable Pokémon that was eventually considered a failure.

Is it really a failure though? We don’t seem to agree, even though within the games, Porygon 2 is the more popular choice, even when it’s only a second-stage Pokémon. If you slap an Eviolite on Porygon 2, it turns into an incredibly bulky Trick Room setter that also packs a punch. But P-Z has its own niche.

This weird, jittery, virtual Pokémon possesses the ability Adaptability, which gives it a boost to its STAB moves. Since P-Z possesses the Normal typing, it can fire off super strong Tri Attacks and Hyper Beams that can even knock out Pokémon that take neutral damage, while taking a chunk out of Pokémon that resist Normal-type moves. It also possesses amazing coverage that can one-shot Pokémon due to its sky-high Special Attack stat.

Counters: Any Pokémon that packs a Fighting-type move such as Close Combat, or even weaker ones like Sacred Sword and Brick Break can knock out Porygon-Z in a single hit due to its paper-thin defenses. Urshifu, Conkeldurr, and Rillaboom are some examples.