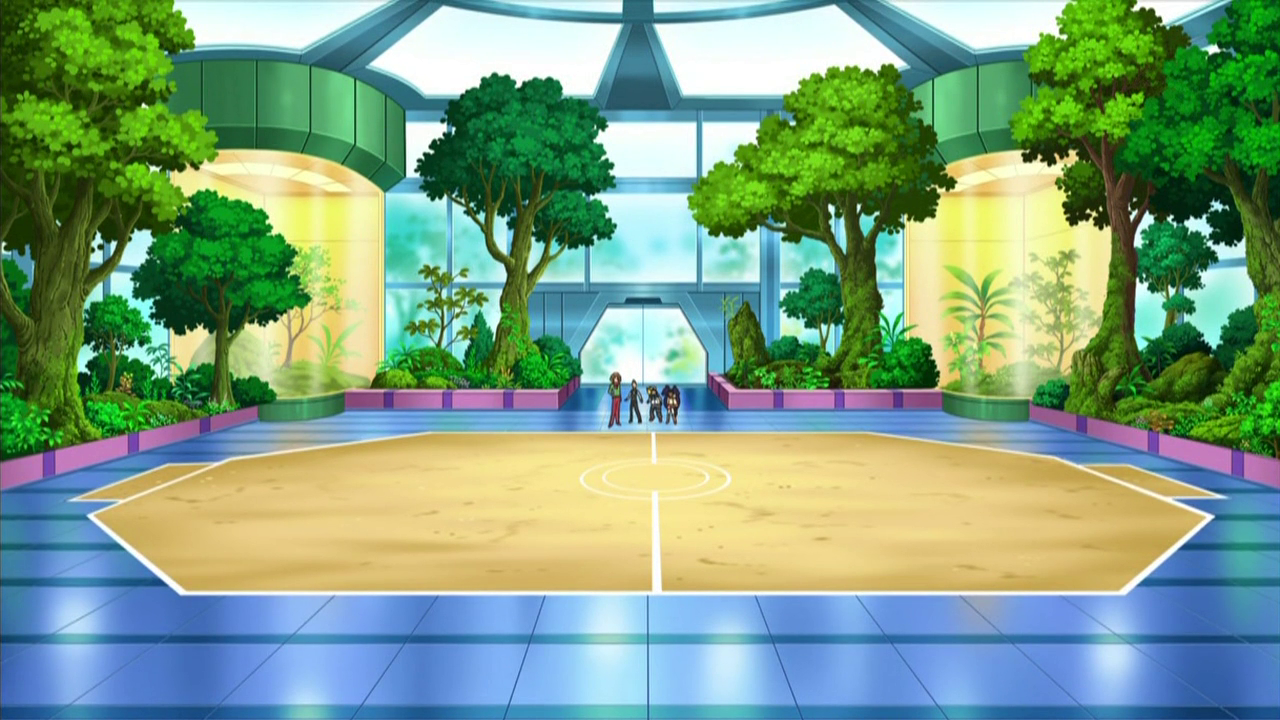 The first Pokémon theme song begins with the line “I want to be the very best, like no one ever was.” Truly, this line embodies conviction, perseverance, and the determination to become the best that no one has ever achieved. And in the Pokémon franchise, becoming the best Pokémon trainer is the greatest achievement you can ever hold.

But before you become the best, there will be challenges and hurdles along the way, of course. In Pokémon, these challenges come in the form of battling Pokémon trainers and Gym Leaders.

The Gym Leaders are the highest-ranking members of a Pokémon Gym, where Trainers can study, train, and practice with their Pokémon. These Pokémon Gyms specialize in a certain type, and most Pokémon used by the Gym Leader come from that type.

The main task of a Gym Leader is to test the Pokémon Trainers’ strength and prowess when it comes to battling and communicating with their Pokémon, as well as keeping the Gym a sanctuary for unleashing the potential of a Trainer and their Pokémon.

Here is our list of the top 10 best Pokémon Gym Leaders, ranked according to their skills, significance to the story, and overall impact on the games, series, and the community.

Skyla’s name already shows her expertise, which is being a navigator in the sky. The Black and White Gym Leader focusing on Flying-type Pokémon is a pilot. But she also has the desire to aid and take care of damaged Pokémon, as seen as a way of her debut in the series, mainly in Cilan Takes Flight!

Skyla is the granddaughter of Miles, who is also a former Gym Leader. Battling with her is always in demand as she would accept battles only from those who made reservations. And as a pilot and a master of Flying-type Pokémon, Skyla would fight her challengers in an “Air Battle,” where she will give the Jet Badge if someone defeats her. Some of her Pokémon include Swoobat, Unfezant, and Swanna.

The Dragon-type Gym Leader of Sword and Shield, Raihan, is the archrival of Leon, the Pokémon Champion of the Galar’s Pokémon League. Raihan has an aggressive personality with the goal of defeating his biggest rival. He even entered the World Coronation Series just to set a battle with Leon, although he lost to the Pokémon Champion.

But in terms of talent, Raihan is very skilled. He entered the Master Class faster than the others, making him a member of the Masters Eight. Though just like Brock, Raihan is sweet to girls despite his fiery attitude. He even called Sonia a “beautiful woman,” with the intent of asking her out if the circumstances would be better. He uses Duraludon, which he turns into Gigantamax Duraludon, as well as Flygon, and Goodra.

Piers has some of the coolest looks as a Gym Leader in Pokémon. His punkish, black, and white aesthetic along with a mix of black and pink clothes make him embody the Dark-type, which is his specialization as a Gym Leader in Sword and Shield. Piers also writes songs and often sings in his hometown of Spikemuth. Though at times he feels that he is weak, Piers is really powerful, but his kindness is always present.

In the games, Piers had a vital role in stopping the Dynamax Pokémon made by Sword and Shield’s post-game antagonists, Sordward and Shielbert. After this event, he stepped down as the Gym Leader of Spikemuth and passed down the title to his sister, Marnie. Some of his Dark-type Pokémon include Scarfty, Malamar, Skuntank, and Obstagoon.

One of the most iconic and elegant-looking Gym Leaders of all time, Wallace specializes in the Water-type. He is the Gym Leader of Sootopolis, where he hands the Rain Badge to those who could beat him. But be careful with his lovely attitude, since he is known to be a skilled Pokémon Trainer that he even became the Pokémon Champion in Emerald.

But aside from his skills shown in battles, Wallace is also known for joining and winning Pokémon contests. His Milotic often wins those contests, as well as other Pokémon in his party, namely Swampert and Walrein. He is also close to the original Hoenn Pokémon League Champion, Steven, who is a master of the Steel type.

Aside from Raihan, we have another Dragon-type user here on our list. Clair, the Gym Leader of Blackthorn City in Johto, considers herself the “world’s best dragon master.” Her only known loss is against her cousin and fellow Dragon-type user, Lance, who is an Elite Four member and Pokémon Champion of the Indigo Plateau.

Fighting against Clair in the games is a real challenge. She is hard to deal with, especially her Dragon types Dragonair (turned Dragonite later in the series), Kingdra, Gyarados, and Druddigon. In the series, she is described as a compassionate trainer, especially to Dragon-type Pokémon.

The first Pokémon series is unlike any other. And this is also where the original main characters marked themselves as the pillars of the franchise, which includes Misty, one of Ash Ketchum’s original travel buddies and the Gym Leader of the Cerulean Gym in Kanto.

Misty is the first female Gym Leader who appeared in the series. She is a motivator, a well-trained mentor for some, and an enthusiastic and caring friend. Fans could ultimately remember her in the very first episode of the Pokémon anime, named Pokémon – I Choose You!, where Pikachu burned her bike, making her get Ash’s cap. Some of her iconic Water-type Pokémon include Starmie, Corsola, Gyarados, and the one that never gets out of her hands, Togepi.

Gary is Ash’s biggest rival since the first series. And in the games, Blue is Gary’s counterpart. Blue is the Gym Leader of Viridian City, who replaced Giovanni beginning in Pokémon: Gold and Silver. But unlike any other Gym Leader, there is something that makes Blue special, which is his lack of specialty.

Blue has a variety of Pokémon. He does not focus on only one type and uses Pokémon like the Psychic type, Alakazam, the Flying-type, Pidgeot, the Rock-type, Rhydon, and the Water-type, Blastoise, which is his main buddy.

He also became the Pokémon Champion in the games after defeating the Elite Four but can also be beaten by the player when they face him. Still, Blue established himself as a strong Pokémon Trainer, with his accolades and feats that are not easy to achieve.

Known as Kanto’s “Master of Psychic Pokémon,” Sabrina is the Gym Leader of Saffron Gym. Even though she is not a fan of Pokémon Battles and does not care if people aren’t fond of her, Sabrina is really powerful. She even stripped a Fighting-type Gym in Saffron of its status because of her skills, downgrading it to a dojo.

One of her skills is her ability to communicate with her Pokémon through telepathy. Her Pokémon includes Alakazam, Mr. Mime, Kadabra, and Venomoth. She also gained Espeon, Metagross, Exeggutor, Slowking, and Sigilyph in Black 2 and White 2.

Sabrina is so strong that Ash lost during their first encounter. He did win in the next one, however, after Sabrina’s father told Ash to catch a Ghost-type Pokémon, which is the main weakness of the Psychic-type. But Sabrina’s legacy as one of the strongest Gym Leaders is a given fact, even if she used some of her abilities for destructive purposes.

Just like Misty, Brock is a Gym Leader and Ash’s travel buddy, which lasted until his journey in Sinnoh. He specializes in the Rock-type, heading the Pewter City Gym as its Gym Leader. Brock’s impact on the whole franchise is impeccable, placing him the No. 2 on our list.

Brock serves as the mature friend during the times when he was a part of Ash’s travels, often acting like an older brother. He has deep knowledge about Pokémon, as well as the strength to face opponents along the way. Some of his Pokémon include Onix/Steelix, Geodude, Forretress, and Sudowoodo.

In the games, those who have Charmander as a starter would often have a hard time dealing with Brock, since he uses Rock-type Pokémon. But even though he is known for using Rock types, he is as soft as a ball of cotton to most women he encounters. Brock expresses his interest in them right away, especially with his iconic love for Nurse Joy and Officer Jenny.

Probably the most renowned villain figure in the whole franchise, Giovanni is one of the most iconic Gym Leaders of all time. And we place him on top of our list as the best Gym Leader Pokémon has ever had.

Giovanni as a Gym Leader is what truly defines a challenge that could really test the strength and skills of a Pokémon Trainer. He is the former head of the villainous Team Rocket, which is the group that serves as the main antagonistic faction in Kanto and Johto. When players reach the final gym before facing the Elite Four, Giovanni will then be revealed as that Gym Leader who specializes in the Ground type.

Some of his Ground-type Pokémon include Nidoqueen, Rhyhorn, Rhydon, Machamp, and Golem. Giovanni is also known to have Persian as its pet. And as seen all throughout the years he was seen, he retained his horrifying yet powerful persona in all of the episodes, movies, and games he has been to. Indeed, Giovanni’s significance as the main bad guy in Pokémon has cemented him as the most challenging and best Gym Leader no one could ever beat.