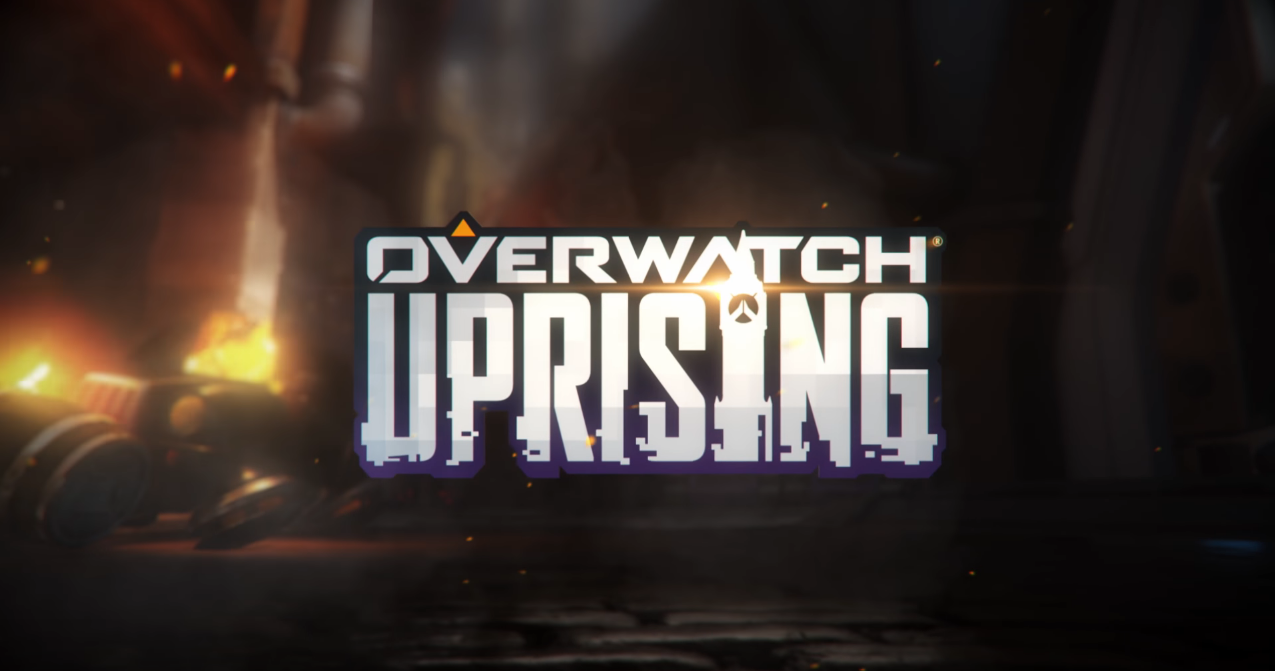 When the minds at Blizzard Entertainment thought up Overwatch, they decided to set it in a world where much of its lore took place in the past, telling most of the story via short movies, comics, and in-game dialogue.

That approach has worked for the most part, but Overwatch’s latest event, Uprising, shows that there is an even better way to tell the stories that make the universe really fun and interesting.

Set seven years prior to the current Overwatch timeline, Uprising takes place during an omnic insurrection on the streets of King’s Row in London. A prequel comic and short cutscene set the stage for Overwatch‘s best co-op, player vs. environment (PvE) experience yet.

Against the wishes of the world’s governments, Strike Commander Jack Morrison (Soldier: 76) sends his team of Reinhardt, Torbjorn, Mercy, and a rookie Tracer on her first mission, into the streets of King’s Row to help suppress the robot attack.

What happens next is pure co-op enjoyment. The mission plays out in a much more varied experience than October’s Junkenstein’s Revenge PvE mode during the Halloween Terror seasonal event. That mode was played out in just one small area, and the only objective was to defend a door, while Uprising takes place all over the King’s Row map.

The four heroes must hack and defend multiple objectives before retrieving a payload, which must be defended and escorted to the end of the map, all the while fending off waves of extremist Null Sector omnics of various models, including repurposed versions of Bastion and Orisa.

As the players fight and secure objectives, younger versions of Morrison, Ana Amari, and Gabriel Reyes (who later becomes Reaper), are instructing you over voice comms. In a subtle but amazing touch, the three characters pop up in the top left of the screen as they speak, exactly the same way any of your teammates in-game do.

All the while, the four playable heroes banter back and forth as the mission plays out, in an extended and more fleshed out version of the in-game dialogue you will hear in any quick play or competitive match.

The entire co-op experience is where Uprising truly shines. This is, by far, the most in-game lore that Overwatch has ever seen. Other than Junkenstein’s Revenge, which was more of a horde mode than a kinetic co-op mission like this one, Overwatch hasn’t had another PvE game mode. It is a truly fresh take on the game’s gameplay mechanics, which are otherwise only used in a player vs. player competitive setting.

And even if lore isn’t your thing, the gameplay itself is enough to keep players coming back for more of the 10-15 minute mission play-throughs. There are achievements to be had, and even a separate version of the mode where you can play as any of the game’s heroes, as opposed to the four in the story. It’s just plain fun.

Outside of the new mission, there are 10 new skins, three new highlight intros, three new emotes, and a slew of sprays and voice lines. These skins and intros are some of the best that the game has seen since its release last May.

All of the skins are lore-related, showing past versions of the heroes we’ve come to know and love. Blackwatch Genji and Blackwatch McCree depict them as they were when they worked under Reyes’s covert ops division of Overwatch. Widowmaker’s Talon skin shows how she looked before the organization completed her transition into a blue-skinned, cold-blooded killer. All of them are exceptionally well-designed. Genji’s is arguably the best skin the team has added yet.

Tracer, Reinhardt, Mercy, and Torbjorn all received Overwatch agent skins as well. They’re incredibly sleek and matching, giving us a look at the uniforms they wore back when the agency was still in action—before a falling out between Reyes and Morrison forced it to dissolve.

Each hero also gets two voice lines and one new spray, all of which depict them in their past. Ana’s shows her and a baby Pharah, along with the father of the child, putting a long-standing theory that Reinhardt was Pharah’s dad to rest. Widowmaker’s spray is a wedding photo of her and her husband, Overwatch agent Gerard Lacroix, before Talon brainwashed her to murder him.

In total, there are over 100 customization items in Uprising, and each of them should make Overwatch fans happy.

Last, but certainly not least, is Overwatch’s best highlight intro yet, without question. Watch as D.Va ejects from her MEKA and then takes a selfie as it explodes behind her.

While the Summer Games, Halloween Terror, Winter Wonderland, and Year of the Rooster events were cool in their own way, Blizzard has shown that it is growing and listening with each event. The fans asked for more lore and the team has delivered in the biggest way yet. And if the Uprising PvE experience is any indication, we should hopefully be seeing more co-op experiences in the future as well.