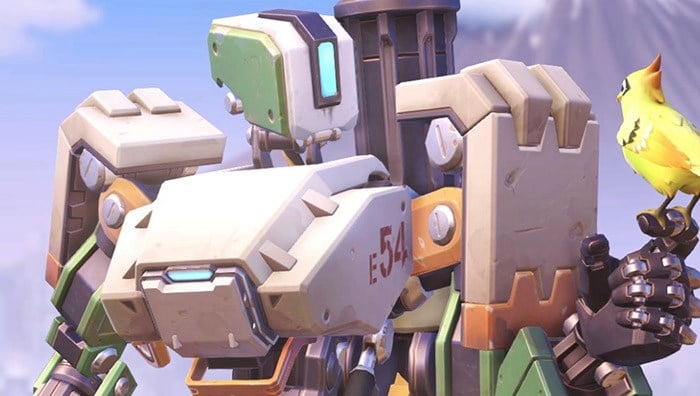 Blizzard has revealed LEGO Overwatch Omnic Bastion yesterday as its first licensed product as part of its recent partnership with the toy company.

It includes 182 pieces you can use to build the Overwatch hero and its bird partner, Ganymede. The toy is four inches tall and even has a small piece that acts like a Bastion bullet coming out of his gun. The downside is that it doesn’t switch into sentry mode.

But a custom-made LEGO Bastion does.

Reddit user u/Arkendorf shared their Bastion made of LEGO on the Overwatch subreddit today. Bastion seems to wear the character’s standard in-game skin and can even hold Ganymede in its non-submachine gun hand. The creator even made his toy toy pose like Bastion does in one of his highlight intros, looking at Ganymede with a… robot look. The pose looks cool, but the sentry mode is what makes it special.

In one of the photos at the Imgur gallery the creator made, Bastion’s legs are bent until they seem to disappear when you look at it from the front. His head is placed behind and right above his submachine gun, which is now a huge gatling gun ready to start bullet hell.

It does not look like this custom LEGO Bastion can actually transform into sentry mode by simply having someone rotate its parts, but a bit of moving the gun to the front and the chest plates to the back seems enough for the transformation to happen.

Arkendof has not revealed further details on how they built this custom LEGO Bastion or how many pieces they needed to do so. Reproducing this custom Bastion may not be as simple as buying the official Blizzard set, but it should feel very rewarding to do it yourself. You’d have a toy that’s very similar to the in-game character—and with additional features the official one doesn’t ahve.