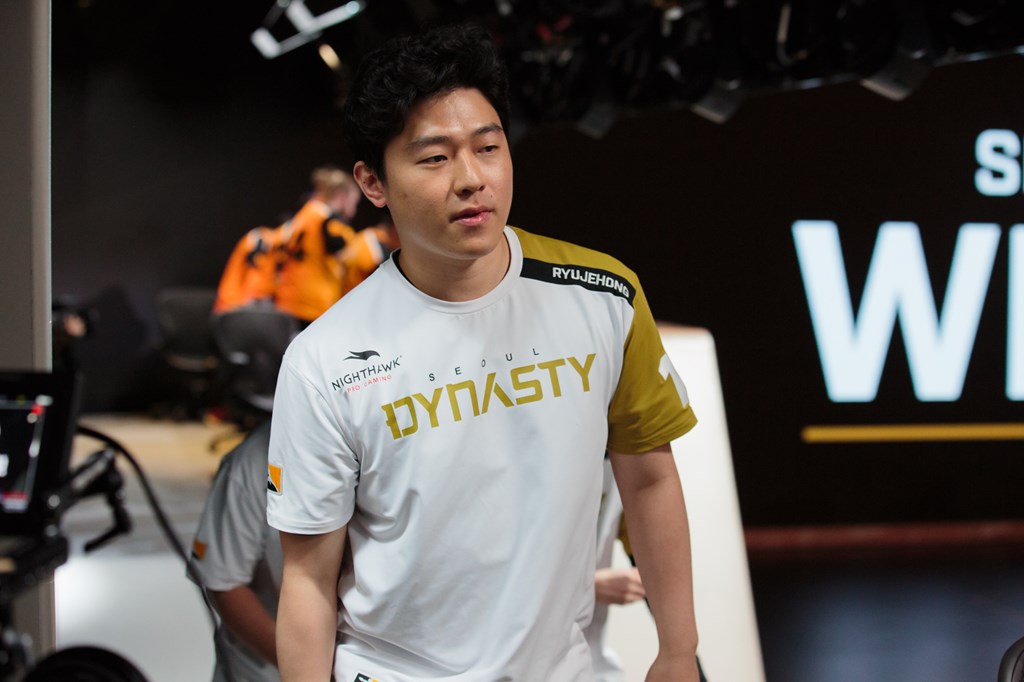 When Seoul Dynasty and London Spitfire play, you expect fireworks. The two teams have a rivalry dating back to before the Overwatch League. Lunatic Hai, now the core of Seoul Dynasty, challenged Kongdoo Panthera and GC Busan, London Spitfire’s core, as the best teams in Korea.

But yesterday, the two titans battled in a mostly meaningless match as they limped to the end of a disappointing OWL stage three for both of them.

For Seoul Dynasty, at least, the match had some meaning: Kicking the monkey off their back. Dynasty had yet to win even a single map in their two previous meetings against Spitfire, falling in two lackluster 4-0 sweeps. They ended that narrative tonight, but they couldn’t win the match, eventually losing to Spitfire in a close 3-2 series.

Apparently the key to scoring that elusive map win was playing legendary support player Ryu Je Hong on main tank. The player famed for his Ana traded his sleep darts for a tesla cannon, charging into the fray as Winston. And surprisingly, it worked. While his mechanical play and cooldown timing at main tank clearly needs some work, Seoul Dynasty looked much more decisive than their usually listless selves.

Seoul Dynasty made a statement right away, winning Volskaya and finally taking their first map of the season against the monolithic Spitfire. That was a good thing, too, since Spitfire were 9-0 on the season on the next map, Numbani, and they didn’t lose it on Friday either. Dynasty hit back on Ilios as Spitfire showed their weakness on the Control game type. But they forced a game five by taking Junkertown.

Sadly for Spitfire, the tiebreaker, Oasis, was their worst map on their worst game type. They only had a 2-9 record on the map this season. But apparently last night was the time for both teams to exorcise their demons as Spitfire clutched out the series by winning their worst map.

While beating their rival is nice, it’s a poor consolation prize for London Spitfire. The team now sit at 4-5 on the stage and will likely end 5-5 with a match against the winless Shanghai Dragons slated for Saturday. That’s outside the stage playoffs and behind the majority of the teams in the league, and that’s not where a team filled with superstar talent should be.

The same goes for Seoul Dynasty, though, who are now also 4-5 on the stage. They finally took a map off Spitfire, but their stage three is no better than Spitfire’s. Still, they showed some hope tonight.

Ryujehong could be a difference maker for Dynasty on main tank. While he was clearly outclassed by his counterpart on the other side, Hong “Gesture” Jae Hee, debuting on three heroes against a world class team with just one week of practice is an impossible task. Somehow Ryujehong made it work. That has to be encouraging looking toward a future where he has more practice in the role.