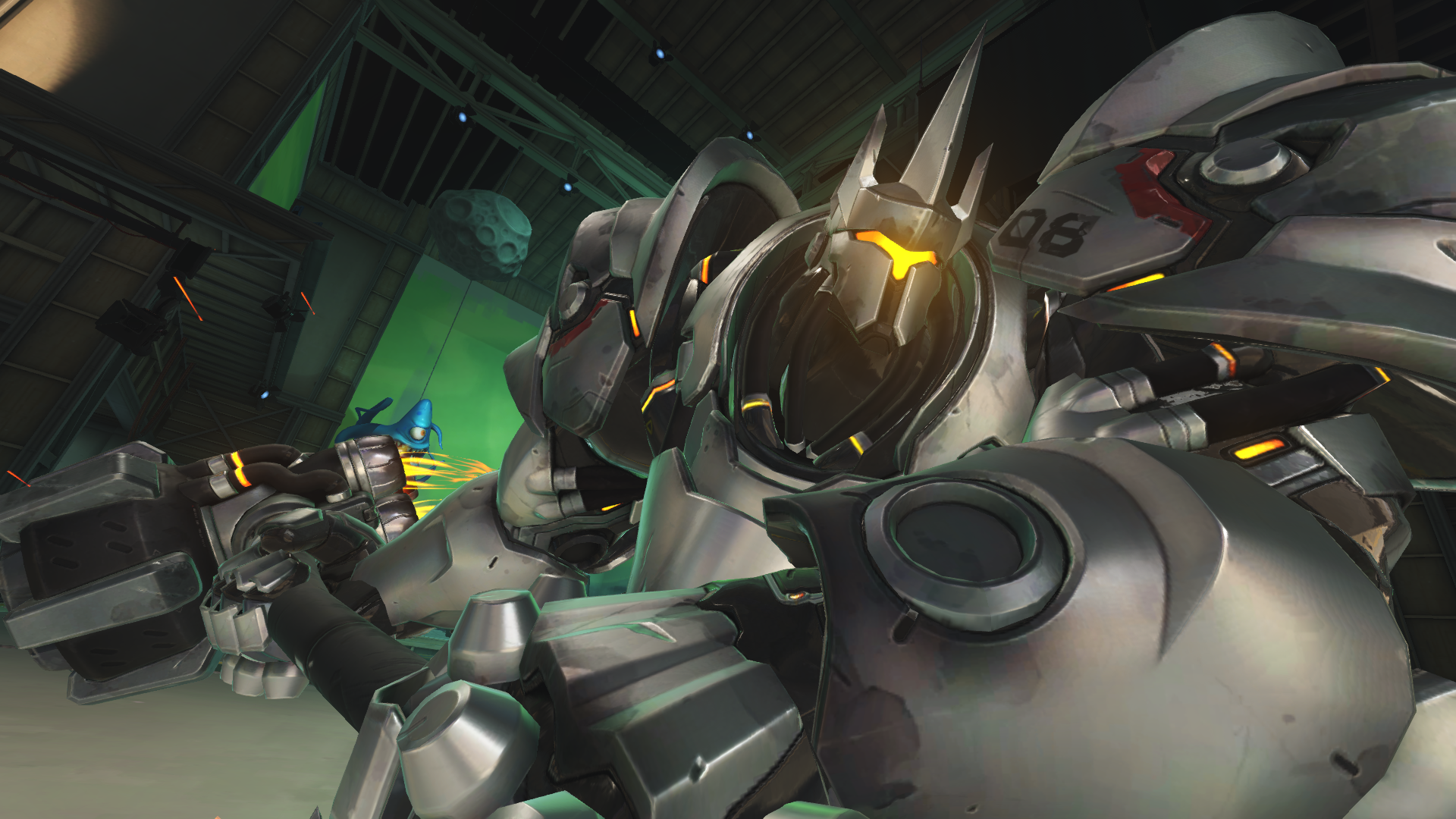 Gone are the days where Reinhardt is a must-pick in competitive Overwatch. The game’s main anchor tank has been replaced by Winston and D.Va—and that’s a product of the dive composition.

Dive comps aren’t new; they’ve been seen in competitive Overwatch for a while. Recently, however, it’s taken over the meta. But what is a dive composition, you ask? Dive compositions in Overwatch prioritize high mobility characters like Winston, Tracer or Genji, and Lúcio. A composition is typically built around those three heroes. D.Va’s boosters give her favorable speed, while Soldier: 76 sprint often works, too. For a second healer, both Zenyatta and Ana work—but you may also see Sombra in compositions that opt out of duo healing.

Dive is king in competitive play, but it’s made an impact in hero picks across tier levels. Winston and D.Va’s usage rates have continued to increase from bronze to grandmasters, as reported by Overwatch statistics site Omnic Meta. And because of that, Reinhardt saw massive drops.

Once the hero lineup is determined, it’s expected for a dive composition to be aggressive. Everything is often kicked off by Winston. When Winston jumps into the enemy backline, it’s on. Using Lúcio’s speed boost, the rest of the team slides back the choke. There’s no idle moments where teams poke back and forth at a gateway. You just go for it. It’s easy to get individual picks when an enemy team is surprised by a dive composition. Ignore enemy defenses: Push past them to take out the backline, then eliminate the rest of the team.

So it makes sense that Reinhardt would have no place in the Overwatch dive composition. He does have the ability to charge right through an enemy defense, but he’s better off leading a “deathball,” instead. Opposed to a dive composition, deathballs are slow playstyles that put emphasis on pushing together as a team, with everyone hiding behind Reinhardt’s shield.

“His inability to move, other than charging, makes it so his ability kit can’t deal with the heroes at hand as good as the other tanks available (pretty much only Winston),” Misfits tank—and well-known Reinhardt main—Jonathan “Reinforce” Larsson told Dot Esports. “It’s pretty easy to get past his shield, his Fire Strike projectile is easy to dodge, and the recent change to Earthstatter makes it so landing a stun on heroes with high vertical mobility is harder.”

Instead of just playing Reinhardt through the disadvantageous meta, Reinhardt players have to adapt to new tanks. For Reinforce, Winston and Reinhardt aren’t too different when it comes to positioning and control. Everything is centered on positioning for control: How much can you give and how much can you take?

“As Reinhardt, it’s incredibly important to realize how much ground you can secure versus the enemy team without getting punished, but also important to know how much positioning you can give up before it becomes detrimental to your odds of winning a fight,” Reinforce said.

Winston should be played similarly. The point of dive composition is to open up space for your team to move forward and set up, Reinforce said. If you go too far, however, it’ll begin to benefit a counter-dive from the enemy team.

“Looking at Reinhardt players’ different styles, it’s easy to see how it carries over to their Winston play if they haven’t given it too much thought, and it’s certainly a learning process with some similarity,” Reinforce said.

And that’s the problem with dive composition. Pushing too hard leaves the attacking team open to a counter-dive, which is one of the most popular ways to take on a dive composition. But as the game evolves, players will learn new ways to deal with certain strategies—dive composition included.

“I believe Reinhardt is a staple hero in the game, a hero that others should be balanced and adjusted around, in many ways similarly to Tracer, Soldier: 76, and Lúcio,” Reinforce said.

But that doesn’t necessarily mean buffs and nerfs to certain heroes, like Reinhardt, Reinforce added. Tweaking dive heroes, like Tracer, Zenyatta, and Sombra, could help slow down the game and get Reinhardt players to play the hero again.

In doing so, other slower characters—Mei, Hanzo, McCree, and Widowmaker—could see a resurgence too, he said. “It doesn’t have to be a lot at once, because overall, Overwatch is a game that is fairly balanced,” Reinforce said.

It just needs a few tweaks here and there to switch things up. And that’s how the game stays interesting, right?