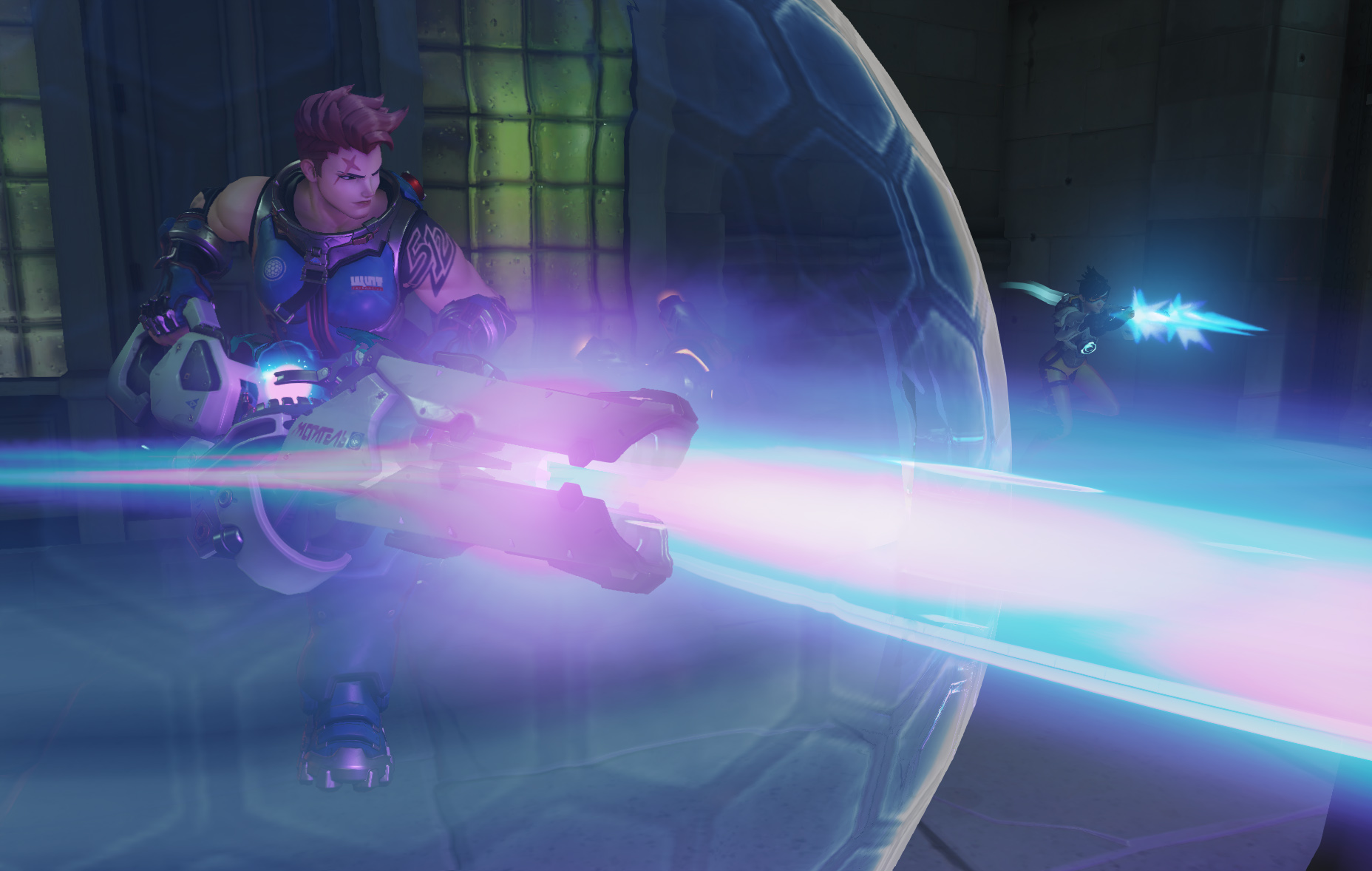 Korean player Geguri, 17, became famous for her Zarya play when she started leading her team to wins in the Nexus Cup against some of Korea’s top Overwatch squads. She’s got an 80.1 percent win rate with the hero in 423 games and after taking Team Artisan to the later rounds of the tournament, her foes started accusing her of cheating. Two pros even vowed to quit the game if the young player was legit.

Then Blizzard Korea stepped in to clear her of wrongdoing and Korean pro gaming site Inven gave her a chance to clear herself by playing on a stage with a camera on her screen and mouse:

The video shows some of her skilled play, expertly using Zarya’s alternate fire and right clicks to dish out tons of damage to the enemy team.

The young player cried on stream when discussing the stress of competing even as many doubted her. Some have even gone so far as to send her death threats.

Needless to say, those two pros have now quit.

This is the clip that her accusers found most damning. At 23 seconds in, her screen moves four times as she spins in circle, inexplicably targeting a teammate with each movement:

Of course if you scour through footage of any decent player, you can often find moments like this one. During the Counter-Strike anti-cheat crusade, it was common to see people pull gameplay clips where clean players targeted foes through walls with a random crosshair placement. When you have hours of footage to scan, it’s inevitable you’ll find something that looks suspicious out of context.

Regardless of the outcome, this is just another example of how important anti-cheat is in a shooter like Overwatch, especially when it has esports aspirations. Geguri won’t be the last high-skill player to face cheat accusations, and she certainly wasn’t the first in Overwatch.

Her situation mirrors what happened to Timo “Taimou” Kettunen of EnVyUs and Lane “Surefour” Roberts of Cloud9, who both faced cheating accusations in popular threads on the Overwatch Reddit surrounding some clips of their gameplay. While Blizzard did not explicitly clear them of wrongdoing like they did for Geguri, the controversy in part prompted a Blizzard post outlining their zero tolerance cheat policy and stating that, simply, “some players are just really good at first-person shooters.”

The feats of high level players may seem superhuman, especially in Overwatch, a new shooter that appeals to players who may not be familiar with the genre. It’s even more extreme when viewed through the lens of Overwatch’s imperfect spectator tools or through the Play of the Game, which updates at a rate much slower than the client‚another fact Blizzard laid out in its post.

Surefour has since bootcamped before the $15,000 Agents Rising live event, which he helped his team win at the Esports Arena at the end of May. Taimou has since moved to America to train with his five teammates at the first gaming house in Overwatch, outside of Korea. It’s hard to believe either is doing any cheating these days.

But that hasn’t stopped suspicion surrounding them, and won’t save many players in the future. Geguri’s tale is a feel-good story, a talented player now featuring plenty of fans impressed by her skill and resolve in the face of adversity. Yet cheating is still a concern that promises to haunt the competitive scene, until perhaps we get more live competitions.