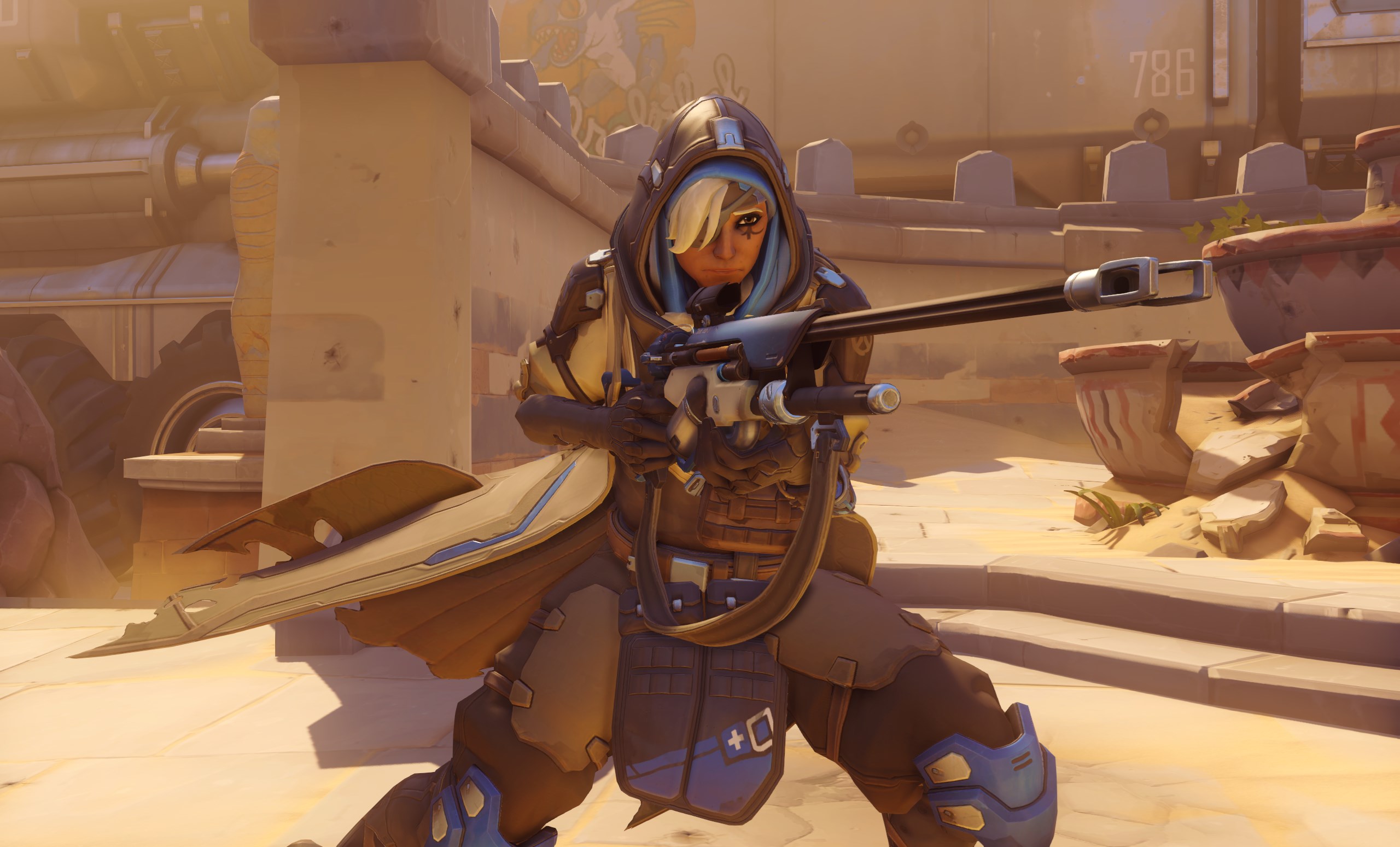 Overwatch’s first post-launch hero has a rich backstory and a versatile skillset that has players already desperate to play her.

Ana, a support sniper, has a varied kit that allows her to do a whole lot of work on defense and support.

Her sniper fires healing darts on allies but also hurts enemies with damage being dealt out over time. She also has a grenade that likewise damages enemies and heals allies in its blast radius as well as a secondary weapon that fires a sleep dart similar to McCree’s stun.

Ana’s ultimate ability is Nano Boost, which gives a speed, damage and resistance boost to an ally.

Though Overwatch is an exclusively multiplayer game with no cutscenes, Blizzard have attempted to create an expansive lore and backstory for their characters—and Ana is no exception.

According to her origins video, Ana is the long-lost mother of existing hero Pharah. Ana was injured on a mission by Widowmaker, who had turned on her and her allies, and hasn’t been seen since. How this plays into the game itself is likely to be minimal at best, but Blizzard fans do love their lore.

Ana is already available on the PTR, with a full rollout likely to take place in the next couple of weeks.