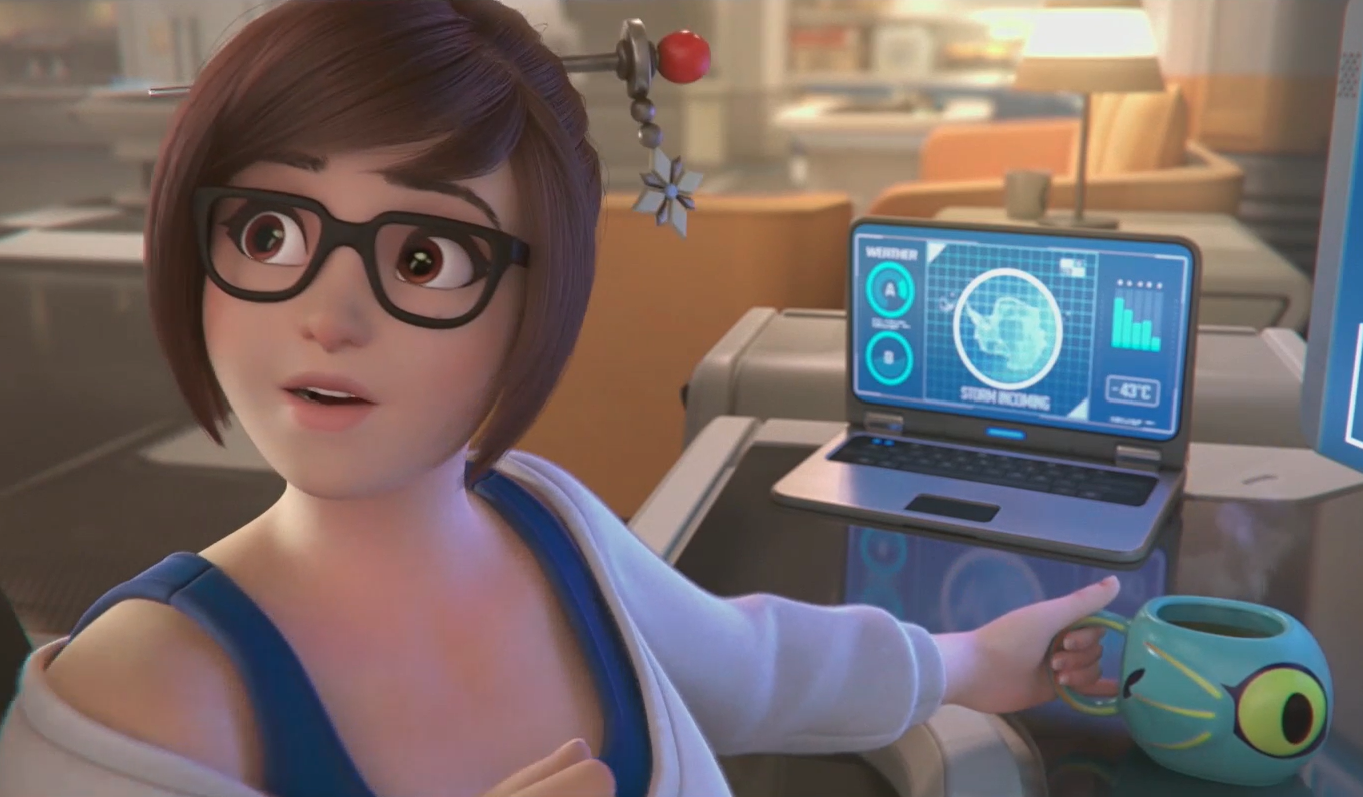 Mei is the star of Blizzard’s newest Overwatch animated short revealed at gamescom in Cologne, Germany.

During the Blizzard reveal ceremony on Aug. 23, the developer showcased the animated short Rise and Shine. And it’s a doozy. When Mei wakes up from her nine year cryo-slumber, she finds the rest of her crew dead. She’s all alone after a major ice storm.

But Mei is not one to allow her fellow scientists’ deaths to be in vain. She will find a way to save the data that’s been collected during her long sleep. With Snowball at her side, Mei builds her blaster—until the power goes out.

Snowball sacrifices itself to give Mei just enough power to finish the blaster, which allows her to climb to the top of the signal tower and head out into the snowy abyss. Both Mei and Snowball are okay.