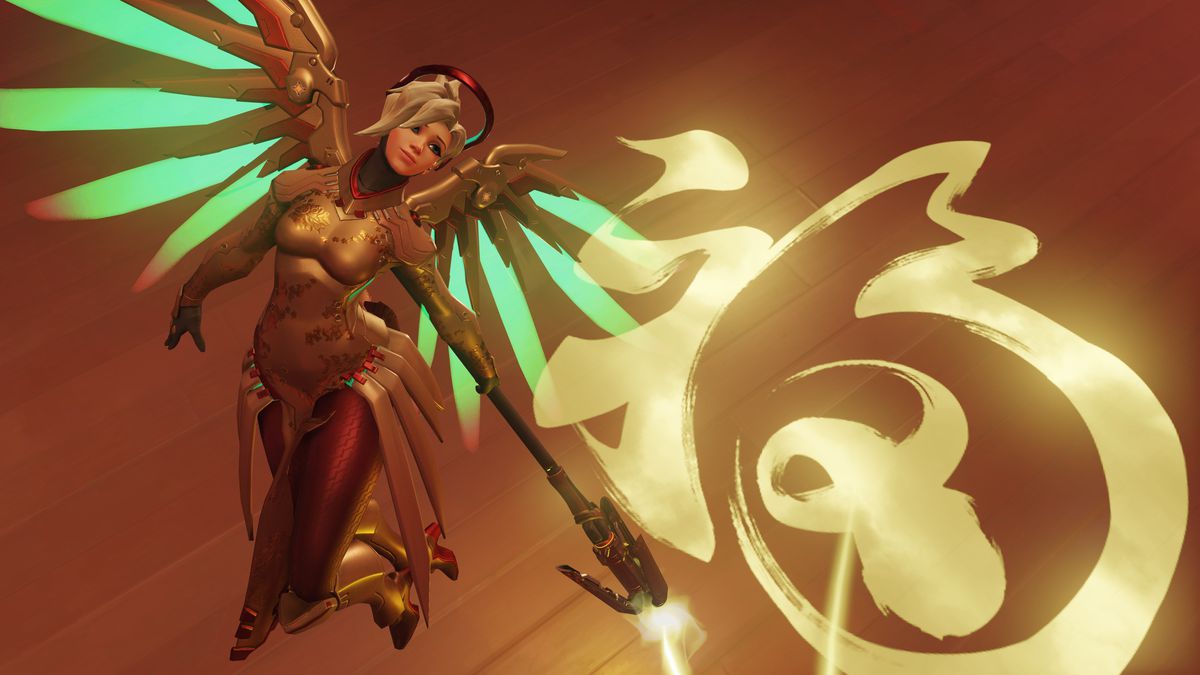 Blizzard is changing Mercy because the developer found a “weird” behavior that’s encouraged by her kit. When Resurrect is up, Mercy players often stop healing and go hide in a corner, telling their teammates to just die on the point or the payload, Overwatch game director Jeff Kaplan said in a Developer Update.

“We think it’s wrong to tell a main healing character to go off and hide somewhere and stop healing for some period of time,” Kaplan said. “We felt like her Resurrect was something we needed to address.”

That’s why big changes are incoming. Her ultimate is no longer Resurrect. Instead, it’s her secondary ability. Resurrect is single-target only, and on a 30-second cooldown. “It becomes a really cool strategic moment in deciding who to Resurrect and when,” Kaplan said. Her new ultimate is called Valkyrie, and it does a lot: First, it allows Mercy to fly. Like, totally fly. No boosters, she just flies. Everything else about Mercy is just better when it’s activated, too. Her beams have further distances and chain to multiple targets. She can Guardian Angel further, and she does more damage from her gun.

Flying is the best part, though, Kaplan said. Battle Mercy, your time has come.

Mercy will be a lot more engaging to play, he added. She’s a character that is played “second to none,” according to Kaplan. A lot of feedback is expected, and nothing is final just yet. We’re expecting this one to stay on the Overwatch PTR for a bit, so console players will have to wait to experience the changes.