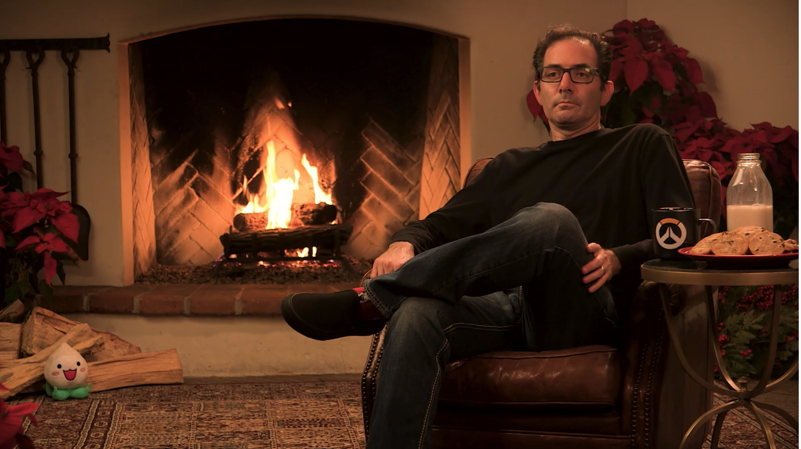 Blizzard is getting in the holiday spirit, as Overwatch game director Jeff Kaplan is currently participating in a Yule Log video live on Twitch.

Over 25,000 people are tuned in to the stream, watching Kaplan quietly sit in front of a burning flame.

The Yule Log began in 1966 as a television program that was broadcast on Christmas Eve or Christmas morning. The program would show a film loop of a yule log burning in a fireplace for two to four hours with holiday music playing in the background.

Blizzard’s twist on this holiday tradition features Kaplan sitting in silence in front of the yule log, with a plate of Christmas cookies, jar of milk, and Overwatch coffee mug on the table next to him.

This stream could be a great form of entertainment before you begin your Christmas Eve festivities.