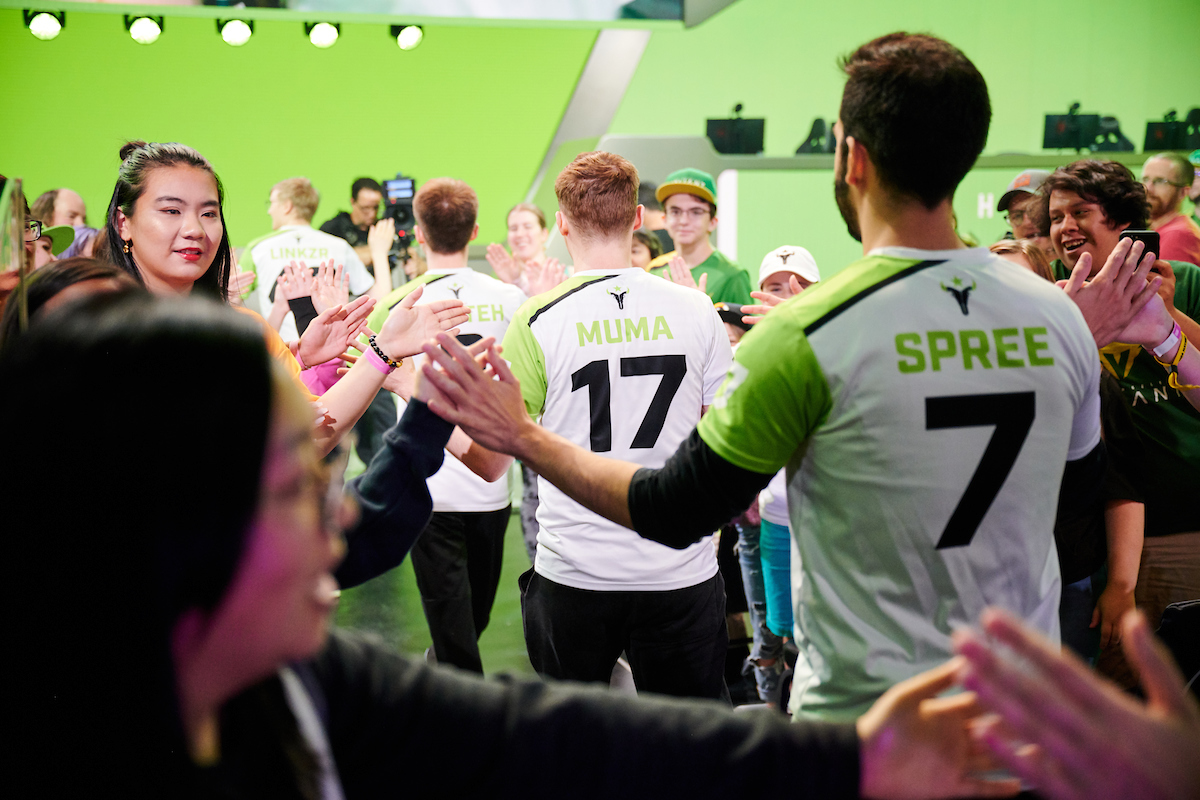 The first day of the Overwatch League postseason included a surprise upset, wild player role swaps, and way, way too much Roadhog.

For the first time in any season, every team in the Overwatch League had a chance to make it to the grand finals, which will be held Oct. 8 to Oct. 10. Lower-seeded teams in each region have to battle it out through single-elimination rounds before making it to the actual playoff brackets. These “knockout rounds” began today.

As if that wasn’t enough chaos, teams are playing on a new patch that forces a mostly-unknown meta into play. Teams are gravitating towards fast “dive” compositions as well as dual off-tank setups. Two North American teams couldn’t get a hold on this new meta and ended their seasons today.

Most fans and analysts had the Houston Outlaws taking this knockout match with a clean sweep, considering the Boston Uprising had only won two matches in the regular season. Add a third to that number. Despite an abysmal season record, this new off-tank meta was incredibly beneficial for the Uprising.

On first map Lijiang Tower, the Outlaws rolled out with a surprising combination of DPS heroes, Tracer and Pharah. While this composition is useful on Lijiang, Houston opted to run these heroes on nearly every map in the series. This was a benefit for the Outlaws on Numbani, where Pharah can take to the sky, but was a poor choice on most other maps.

After the Boston Uprising won this match, vice president of the Overwatch League Jon Spector revealed that nearly 95 percent of fan brackets were now incorrect.

Where the Outlaws and Uprising game was a massive upset, this knockout match was more of an upsetting situation for the Vancouver Titans. Both the Washington Justice and the Titans dealt with massive roster updates throughout the 2020 season, but the Justice developed a more cohesive lineup just in time for playoffs.

Before the match, the Washington Justice revealed DPS Jang “Decay” Gui-un, the team’s most recent pickup, would be playing a tank role. Many fans were confused at this transition, but Decay quickly brushed aside their fears with his absolutely stellar Zarya play. In every map of this series, Decay remained at high energy, destroying members of the Vancouver Titans every time they dove in. Many members of the Justice upgraded their play today, but it was the Decay show through and through.

After the conclusion of today’s matches, the next highest seeds—the Los Angeles Gladiators, Atlanta Reign, and Dallas Fuel—selected their opponents for the Sept. 4 knockout rounds.

The Asia region also begins knockout rounds on Sept. 4 with the Chengdu Hunters taking on the London Spitfire at 4am CT. Only one team will move on to the second round of single-elimination play.