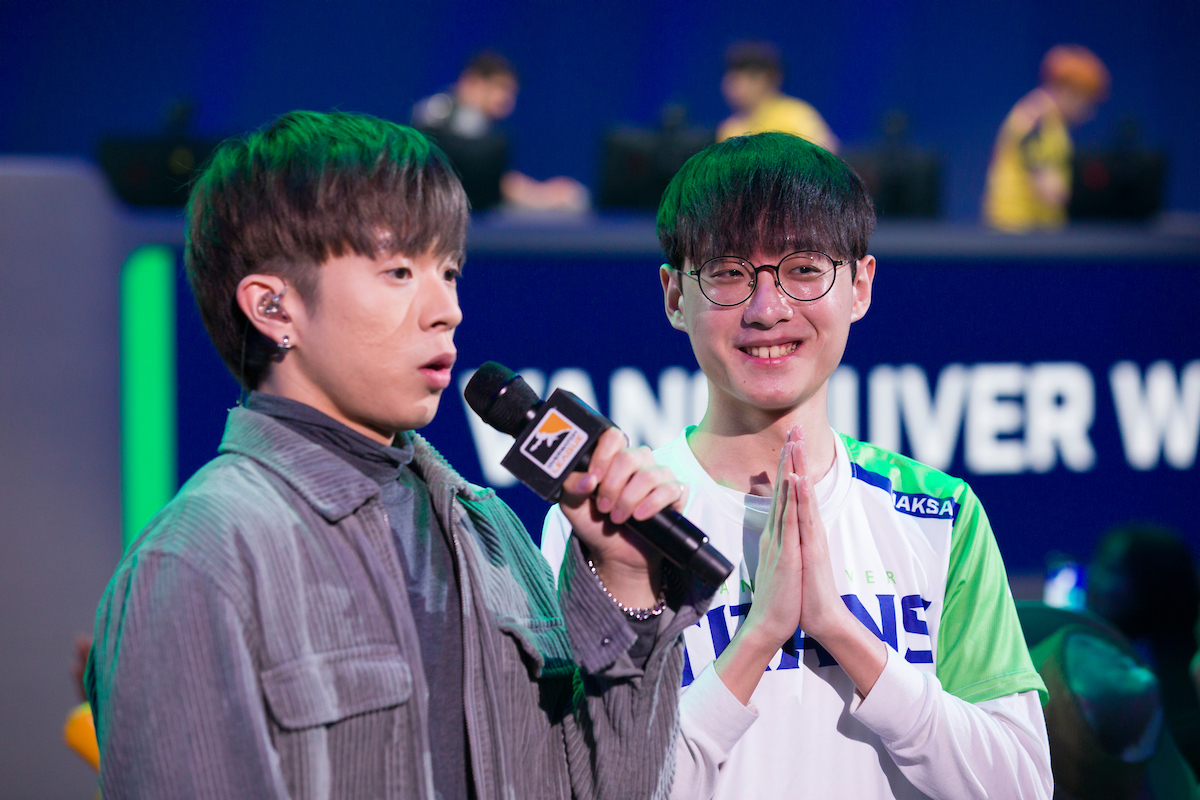 From Genji to Brigitte, some players can do it all. And Kim “Haksal” Hyo-jong of the Vancouver Titans is one of those players.

Haksal was presented with the Overwatch League’s Rookie of the Year award before today’s games. The DPS player has long been recognized for his Genji play, but his talent on multiple heroes was cited as a reason for his win.

Haksal was a member of RunAway, a team in Overwatch Contenders Korea, until he was picked up by the Vancouver Titans before the Overwatch League’s second season. At 18, he’s one of the youngest players in the league. Despite his youth, Haksal has proven his talent on numerous heroes across multiple meta changes during this season.

Many DPS players were placed on “Brigitte duty” for most of the second season as the triple-tank, triple-support meta reigned. Unlike some of his counterparts, Haksal soared as Brigitte. He ranks first in both hero damage and healing per team fight, something that likely helped his team take the first stage championship this year.

During stage four, Haksal was allowed to return to damage-dealing heroes like Mei and his specialty, Genji. Haksal has been commended for his lethal, precise Genji play since his days in Contenders Korea. In the Overwatch League, he’s ranked first in the league for final blows as Genji.

Overall, Haksal had the highest player impact rating in stage four. The player impact rating is a system used by Overwatch League statisticians to judge how useful a player is in any given team fight based on data like damage dealt. By that standard, Haksal was a obviously a necessary force for the Vancouver Titans.

The Rookie of the Year will show off his skills during the season playoff quarterfinals, which begin at 6pm CT on Sept. 5. The first-seeded Vancouver Titans will take on the eighth-seeded Seoul Dynasty.