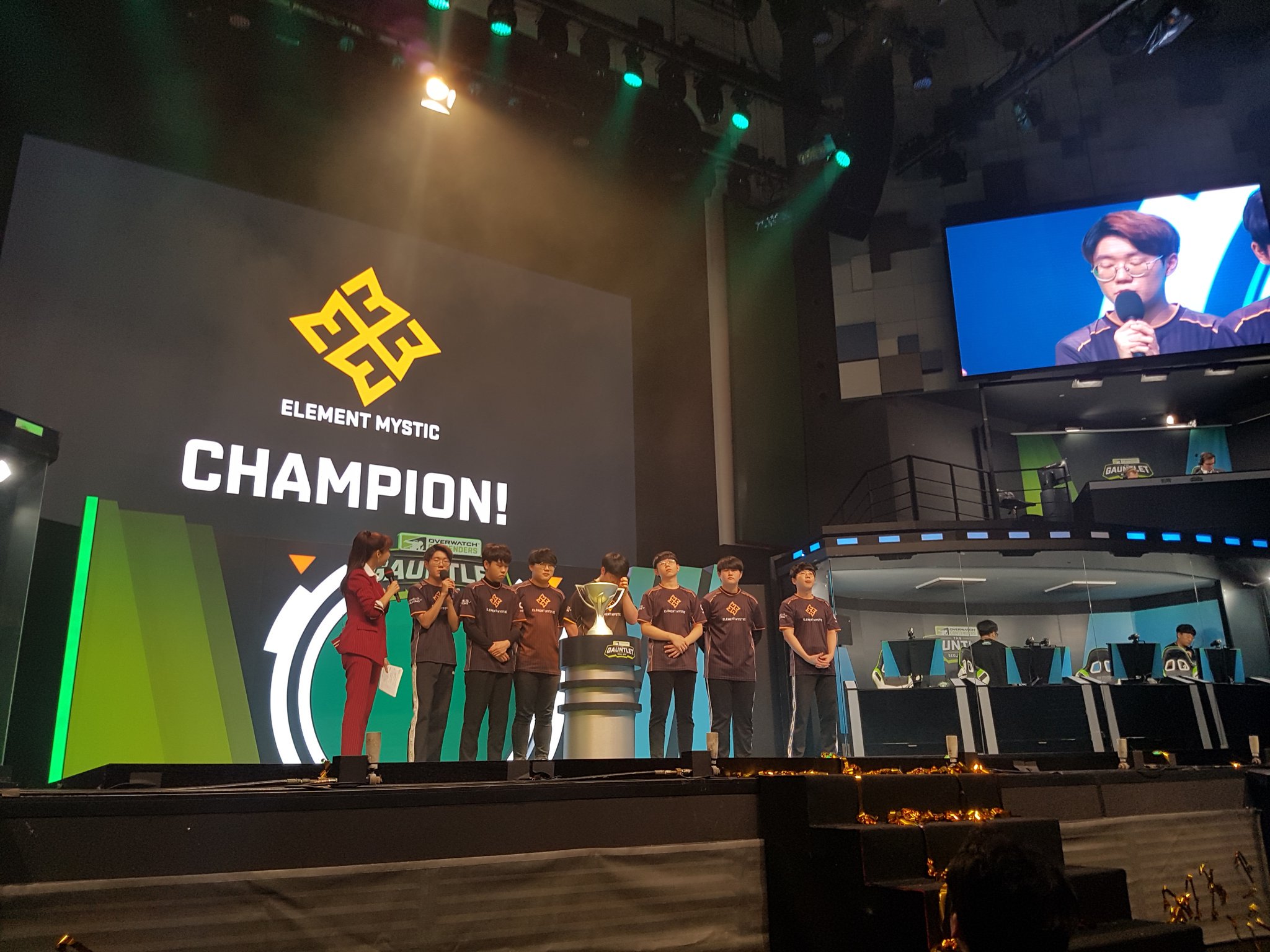 Element Mystic took down Atlanta Academy today at the Overwatch Contenders Gauntlet finals in a series that solidified the making of a second historic Korean Overwatch dynasty.

The final two matches of the tournament took place today and neither went exactly as one would imagine. In the loser’s bracket final, Korean team RunAway were handed a devastating loss at the hands of North American team Atlanta Academy. The western squad were so dominant in this series, that they made history as the first team to ever win a series against RunAway without dropping any maps.

Atlanta played with the kind of energy that only a young, boisterous and confident team could. The average age of this team is only 18 and it shows in the game. There were moments during the series in which their main support would be dueling the enemy team on Mercy instead of healing or where the team’s hitscan DPS player would often push forward ahead of his team with no fear.

Following their loss, many of the young players on RunAway hung their heads low and their passion and hard work could be visible seen rolling down their cheeks.

Despite the ease with which they dispatched RunAway in the winner’s finals, Atlanta Academy couldn’t find the same results in the finals—EM proved to be a different beast. In the end it was a four map to one win for the Korean team.

Kim “SP9RK1E” Yeong-han is sure to be the most vied for player in the upcoming OWL free agency after his showing here. All tournament long the young Korean star pushed Doomfist’s kit to the absolute maximum, destroying anyone in his way. He strikes the perfect balance between conservative and aggressive playstyles on a hero that is usually played in one way or another.

EM are no longer a team to be scoffed at. In three of the four most recent seasons of Contenders, they have placed in the runner up positions and watched as RunAway placed above them. This year, however, they have become the Pacific Showdown champions and now the Gauntlet champions. This team should be considered one of the best in the world and not just in the tier two scene.

Overwatch Contenders returns in 2020 with a new format and a new roster of teams in each region.