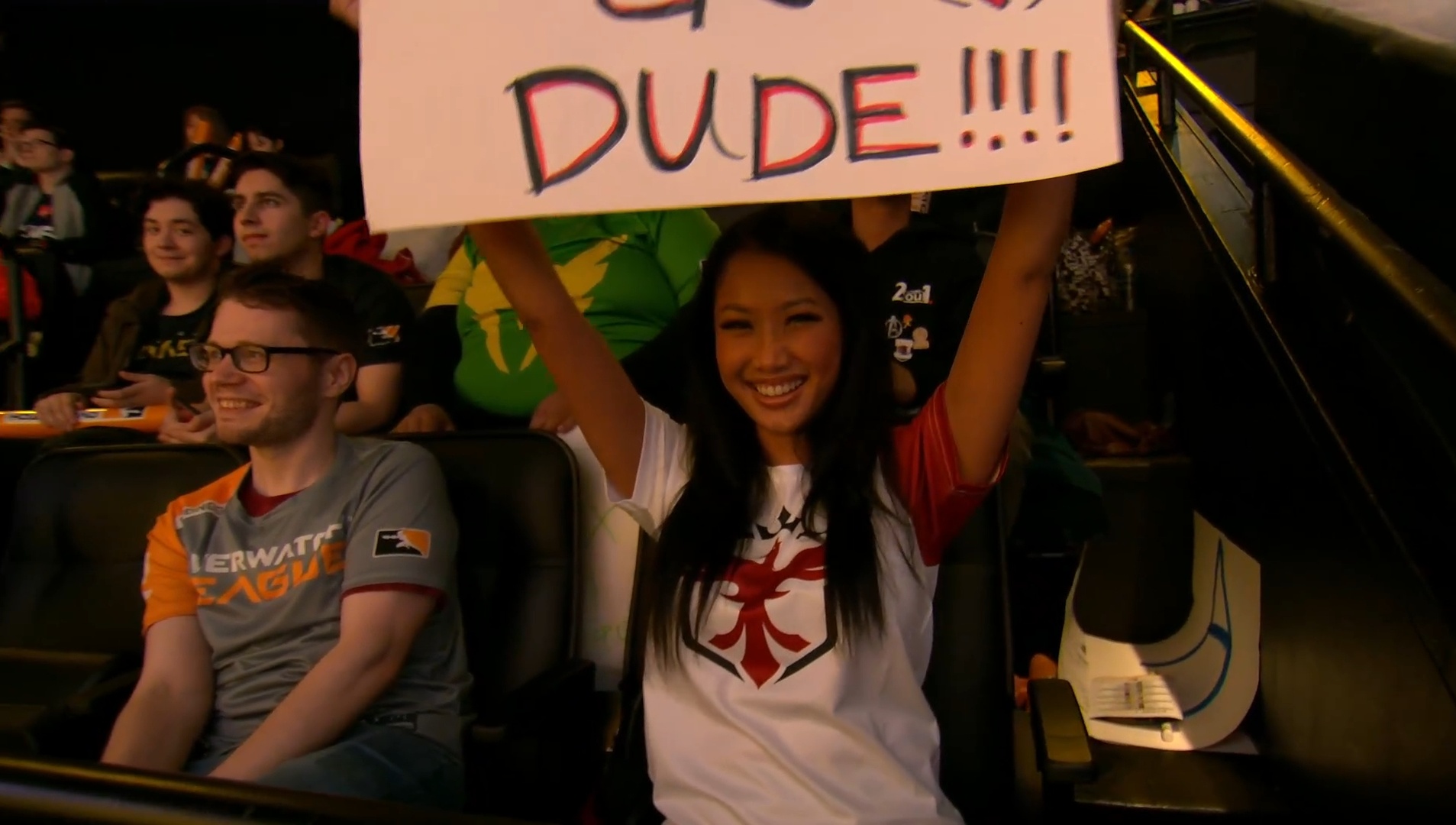 After winning the Overwatch Flash Ops: Echo Showdown tournament yesterday, the star-studded roster of Test Team 1 was praised for their superior tactics and clutch plays that netted them $10,000 in prize money.

Despite the team’s impressive performance, one key member of the roster has been fielding hate from the Overwatch community for one simple reason: being female.

Francine “Fran” Vo, a streamer for the Atlanta Reign and longtime high-ranked support player, has spent the hours after the team’s win reading sexist comments from the Overwatch fan community. These comments can be found scattered across every Reddit and Twitter thread about Test Team 1 and the Flash Ops tournament as a whole. Anonymous commenters scream into the void that Fran was “carried” by her team and should have been relegated to the bench.

The mobs of nameless internet commenters saying Fran didn’t “belong on a stacked roster” like Test Team 1 lack some critical information: she built the team. After former pro Connor “Avast” Prince posted a tweet criticizing the community’s behavior, Fran said she scouted and assembled the team. Viewers on any player’s stream throughout the Flash Ops tournament can attest that Fran was responsible for pre-game status checks and managerial duties.

All this work wasn’t enough to avoid becoming the magnet for a community’s ire. Fran quickly became the sacrificial scapegoat for all of her team’s minor shortcomings.

The semifinals and finals of the Flash Ops tournament were broadcast on the Overwatch League’s YouTube channel—Test Team 1 participated in both matches. Every time the team began to struggle, the stream’s chat lit up with disparaging comments toward Fran. “Egirl throwing,” one commenter said, using an often derogatory term for a woman who only games for exposure. “Bench her for Redshell,” others demanded. The comments were constant and overwhelming.

Compare these to the live comments for her male teammates. “Get Harb to OWL,” many said, even after the off-tank had a rough map on Watchpoint: Gibraltar. “Danteh carry,” viewers yelled. Despite Danteh’s incredible performance as the tournament’s signature hero, Echo, he was often felled by the opposing team’s DPS players. Fran’s male teammates played in a human manner, making mistakes, as did she. But never once did they face a sea of comments accusing them of not deserving a place on the team or in the tournament.

Numerous Overwatch League professionals, both current and former, participated in the Flash Ops tournament and didn’t make it anywhere close to the final rounds. San Francisco Shock tank Matthew “Super” DeLisi and DPS Kim “Rascal” Dong-jun played on a team with numerous streamers and were eliminated before the finals. These 2019 Overwatch League champions were taken out by Contenders players. Commenters have been suspiciously silent.

While they didn’t take the tournament incredibly seriously, the Plat Chat team included Atlanta Reign support Dusttin “Dogman” Bowerman and former professionals Scott “Custa” Kennedy and Jonathan “Reinforce” Larsson playing alongside Overwatch League casters. They lost two games into the tournament and went to play VALORANT. Not a single word has been said about their level of talent, the work they put into the team, or their ability to perform in a competitive atmosphere.

For women in the Overwatch community, this treatment isn’t surprising. Women at every level in the competitive ladder are regularly blamed for their team’s shortcomings despite their individual performance. Female or female-presenting shotcallers in competitive mode are often ignored or told they don’t understand a meta. Many women refuse to join voice chat, not wanting to open themselves up to slurs or sexist comments from teammates.

Luckily, Fran’s teammates and other professionals in the community have stood up for her and vouched for her dedication and talent. While the community’s treatment of a literal tournament winner is horrific, the situation is being broadcast to a larger audience who may not have known how widespread this problem is.

Many large, loud parts of the Overwatch community operate like sailors of yore, who refused to have women on their ships for fear of bad luck. When disaster struck, fleets would point the finger at any woman aboard, ignoring those at the actual wheel of the ship.

Fran has refused to be her team’s scapegoat, instead reminding the community that they are champions built by her hand. Women in your Overwatch ranked games, your tournaments, and your leagues will be the next to throw off the mantle of “scapegoat,” reminding us all to look toward the horizon, lest we all end up crashed on the same rock.