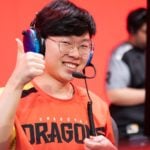 The Overwatch League is always a thrilling experience to watch and each season has more to offer than just a championship trophy. The best players in the league get the spotlight, even if they aren’t on the winning side, and use the season to solidify their hold on Overwatch’s competitive scene.

Though there won’t be a LAN final in 2020, the level of online competition is as fierce as ever, and fans are looking forward to tuning into see what the best Overwatch players have to offer every week.

Our list has it all from seasoned veterans who have proven themselves multiple times to hot-shot prodigies who can’t wait to show what they’re made of. Here are the best players in the Overwatch League.

DDing may have the most limited hero pool on our list but he certainly doesn’t lack the talent. He’s considered one of the best projectile players in Overwatch.

Even if his preferred picks, like Hanzo, Pharah, or Mei, were out of the meta, he found a way to make these heroes work and put on dominating performances with each of them. His Sombra performances are also a sight to see since DDing’s map awareness and rotation skills are some of the best in the game.

DDing is still with Shanghai Dragons and earned a first-place finish in the Overwatch League 2020 May Melee tournament.

Playing support heroes requires perfect positioning. Each death can be costly since supports are the backbone of any lineup. This usually causes supports to deal a lot less damage than their teammates, which is understandable.

But JJoNak is one of the few players who doesn’t fit into the standard support description. New York Excelsior’s veteran support has games under his belt in which he dealt more damage than his DPS teammates while still achieving high healing numbers. He’s the kind of player who enables a team and always brings consistency to the equation.

JJoNaK is still actively playing with the New York Excelsior. The team came in third place in the Overwatch League 2020 May Melee tournament

Wherever Gamsu goes, he makes an impact. When the Overwatch veteran was traded to Shanghai Dragons from Boston Uprising in 2019, many thought it could drain him considering the Dragons were in horrible shape.

The tank player’s impressive performances with the Shanghai Dragons were essential to bring the team back from the dead, though, and in their successful stage three playoff run.

Despite a rather successful season with the Dragons, Gamsu joined the Dallas Fuel for the 2020 season.

Gamsu is also an ex-League of Legends pro who played for teams like Samsung Galaxy Blue, Team Dignitas, and Fnatic.

Every successful DPS player needs a dependable tank to enable them and super was the perfect piece to compliment Sinatraa in San Francisco’s 2019 season.

Super’s timing and ability to position himself well made him one of the deadliest Reinhardts in the scene. He’s been the deciding factor in a majority of the Shock’s matches since he joined their ranks in 2017.

His Winston, Orisa, and Roadhog also deserve some of the credit since super is fast to adapt to any situation

Super is still with the Shock, who won the Overwatch League 2020 – May Melee.

Alarm is the equivalent of a strong college draft pick for the Philadelphia Fusion. Before signing with the team, Alarm was a part of Fusion’s Contender team. The flex support played a huge role while the team went on to win five championships.

Alarm is mostly known for his consistent Ana and Zenyatta performances. His ability to successfully turn up the heat and suddenly become another damage dealer when his team needs it the most separates him from the rest of the competition.

He’s one of the newcomers to the league since he recently turned 18. Despite being a wunderkind, he still has a lot to prove in terms of achievements, which makes him a player to watch out for in upcoming seasons.

Profit had a phenomenal period between 2017 and 2018. He won the Overwatch League inaugural season playoffs with the London Spitfire and was crowned the finals MVP. Though the 2019 season was a bit under the fans’ expectations for him after an explosive season, a single slump wasn’t enough to throw Profit’s reputation away.

Profit is one of the best DPS players in the scene who can bust out flashy plays when his team needs them the most. No one can match his ability to turn around a game. He’s looking to redeem himself once again with the Seoul Dynasty in the 2020 season.

LIP is another prodigy to look out for. He joined the Overwatch League in 2019 after turning 18.

LIP was already known for his Reaper plays during his time with BlossoM and he kept improving himself after joining the Shanghai Dragons. He plays a kind of DPS that allows his team to focus on other objectives around the map. His professional showings were nothing but impressive throughout the 2019 season and he started 2020 with a first-place finish at the Overwatch League 2020 May Melee.

The San Francisco Shock were the team of the year in 2019 and Sinatraa was one of the key factors behind their successful run with his versatility. His ability to adapt to any meta and master any hero made it impossible for the Shock’s rivals to prepare against them.

Sinatraa was also a vital part of Team USA during the Overwatch World Cup. The 2019 MVP player announced his retirement in April, however. He has since switched over to VALORANT, Riot Games’ new first-person shooter, to compete under the Sentinels banner.

Sinatraa would likely be at the top of any list for best players in the Overwatch League if he hadn’t retired.