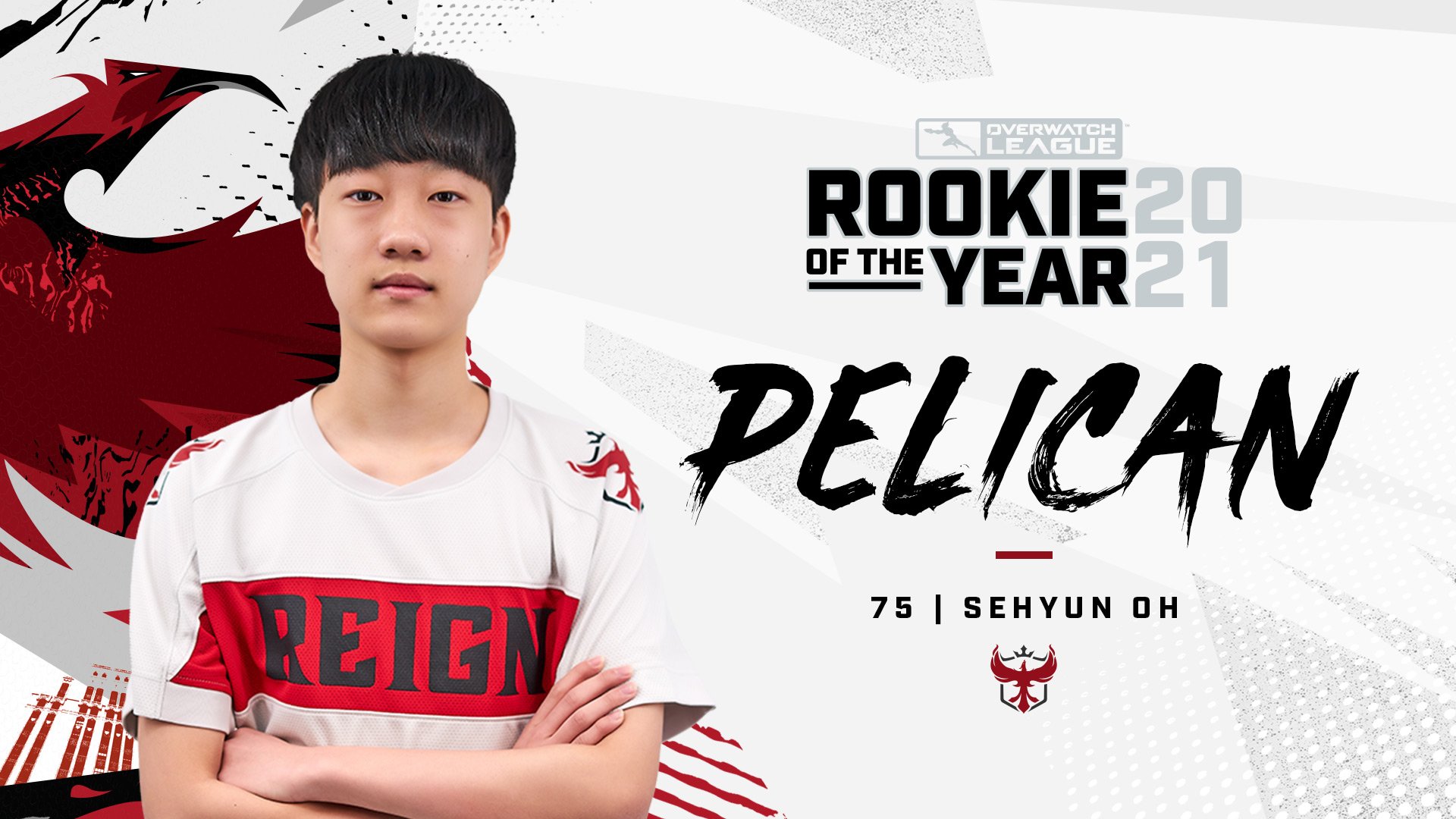 The awards are rolling in and Se-hyun “Pelican” Oh has been awarded the Overwatch League Rookie of the Year for the 2021 season.

Before he joined the Atlanta Reign, Pelican played on the Contenders team O2 Blast, who had great success in the Korean Contenders circuit. He was signed to the Reign to bolster the DPS lineup, and he led the team to victory on his signature heroes Echo, Tracer, and Mei.

Pelican was joined by Kim “Edison” Tae-Hoon and Kai “Kai” Collins as the other two rookies signed to the team, so the Reign has had some incredible success despite the team’s three rookies on the roster.

In the course of his career on the Reign, Pelican had 909 final blows, and did over a million in hero damage, topping out his team’s roster and coming in 10th for final blows overall. He helped his team earn some prize money by making it to the June Joust and Summer Showdown, and the team is currently playing in the playoffs for a shot at competing in the grand finals.

Few expected the Reign to be as successful as they were with a roster that had so many new players on it, but Pelican helped them silence the naysayers, and after winning rookie of the year, he is sure to have a long and successful career in the OWL.