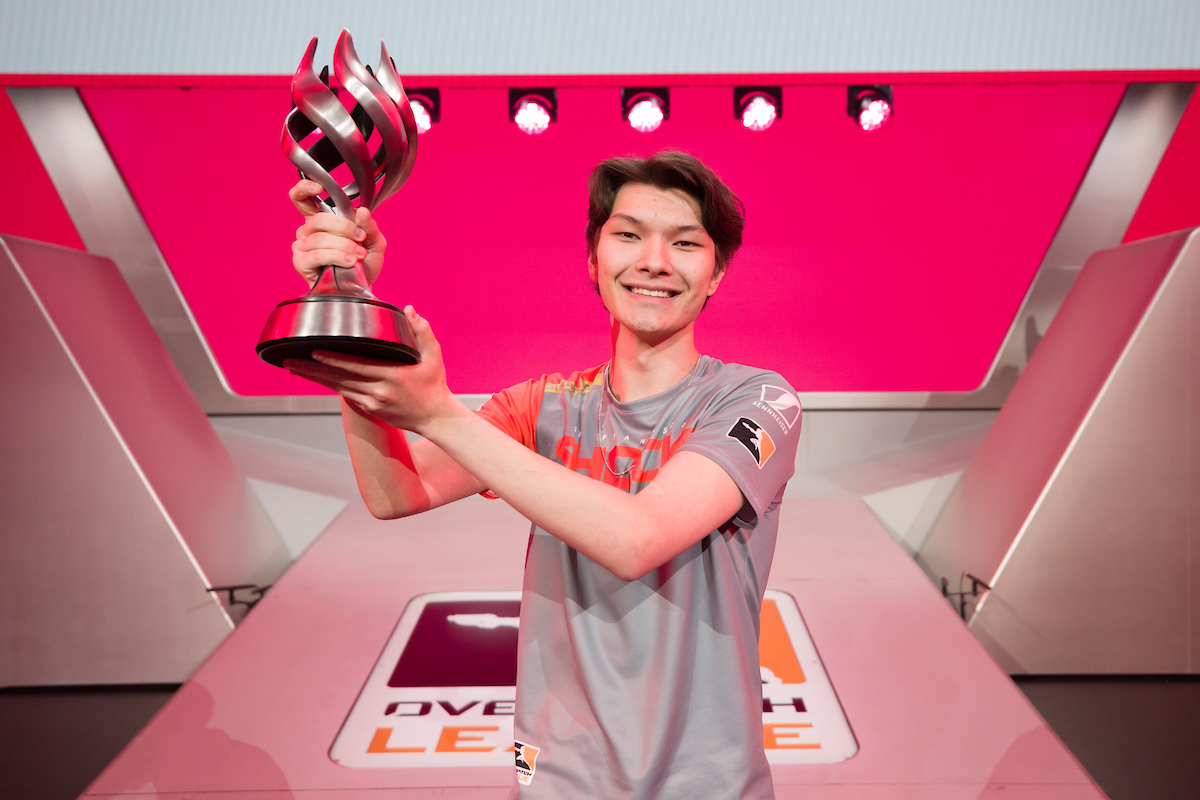 Many fans of the Overwatch League tune in for the big plays and stick around for their favorite players. Many of these players had a landmark year in 2019, becoming veritable superstars or proving their worth after times of hardship.

In no particular order, here are a few of the Overwatch League players who made a mark during 2019.

During his MVP acceptance speech, he discussed how his personality has changed over the course of the league and how he matured as a person due to his team. Sinatraa even excelled outside of the Overwatch League, helping Team United States earn their first Overwatch World Cup trophy in November. As if he didn’t have enough medals, Sinatraa was also named the 2019 World Cup MVP.

Due to these accolades, Sinatraa has quickly become the face of the Overwatch League in the eyes of fans and mainstream media. The best example of this is a fun bonus on top of his impressive year: He and teammate Matthew “Super” DeLisi were the first Overwatch League players to be invited onto The Tonight Show Starring Jimmy Fallon.

The Vancouver Titans had a monumental year in the Overwatch League. The team won a stage championship and rolled through competitors to become the most successful expansion team in the league. Though they came in second place in the Overwatch League grand finals, the Titans’ legendary season performance was due to several stars on the team’s roster.

Twilight was one of these stars. The flex support gave such an impressive performance over the year that he was nominated for the Overwatch League MVP title. As a former player on RunAway, he consistently impressed with his healing ability and clutch ultimates.

Within the Overwatch League, he was primarily responsible for keeping aggressive main tank Park “Bumper” Sang-beom alive, healed, and occasionally nano-boosted by his Ana. Twilight effectively shut down backline attacks from enemy DPS and, most importantly, kept his team alive in times of need. If Bang “JJoNak” Sung-hyeon of the New York Excelsior was the most outstanding flex support during season one of the Overwatch League, Twilight took over that title in season two.

Much of the San Francisco Shock’s success is often attributed to the team’s superstars, like Sinatraa and Super. Behind those large personalities stands a stable leadership figure and shotcaller in the form of Moth. The main support was the only omnipresent player on the Shock in 2019, remaining on the team’s starting roster throughout every meta change and hero update. Every other player shared stage time with another person. Moth was a part of the San Francisco Shock in 2018, but 2019 was his year to show his true worth.

While most of his time is spent shotcalling and supporting his team in the backline, he had ample opportunity to make some big plays of his own. During the triple-triple meta, Moth became known for his skill on Lúcio, disrupting enemy teams with “boops” while keeping his own team alive. Beyond his time on the Shock, Moth was also an important player for Team USA in the 2019 Overwatch World Cup.

The Shanghai Dragons restructured their roster in the 2018 offseason after a 0-40 record in season one of the Overwatch League. One of their key pickups was DDing, a former player on KongDoo Panthera. While it took the team a few stages to pick up speed, the Dragons ended up winning the stage three Overwatch League championship against the San Francisco Shock.

A large portion of the Shanghai Dragons’ success can be attributed to the carry potential of DDing. For most of the season, he played Sombra and Pharah and took those heroes to new heights. His deadly accuracy on Pharah became the bane of many teams’ existence in stage three. Pharah emerged as a viable hero in latter parts of the season partially due to DDing’s success on the rocket specialist. DDing was given a Role Stars award for his prowess on DPS in 2019.

If you look up “flexible DPS player” in the dictionary, Haksal’s picture should show up. The 2019 Overwatch League Rookie of the Year played a variety of heroes to the highest caliber during this season. Many DPS players were stuck on “Brigitte duty” during the first half of the Overwatch League season due to the triple-triple meta. Unlike many of his counterparts, Haksal succeeded as the support. He ranked first in both hero damage and healing per teamfight during stage one, in which the Vancouver Titans took the stage championship.

That said, Haksal was mostly known for his top-tier Genji play during his time on RunAway. It took a few stages, but eventually, Haksal was allowed back on his favorite cyborg ninja. He sliced through enemy teams despite the presence of crowd control and stuns, which means his persistence was rewarded.

If anyone had a professional “glow-up” this year, it’s Gamsu. The soft-spoken main tank was suddenly traded from the Boston Uprising to a previously winless Shanghai Dragons just before the second season of the Overwatch League began. With his stable presence, the Dragons were able to mesh as a team and gain traction within the league. The Shanghai Dragons scored their first win in the league against the Boston Uprising, which is the best example of karma this season.

The Shanghai Dragons went on to have a successful season, especially after winning the stage three championship. Gamsu is a top contender this year for his main tank expertise and his level of positive influence within the Overwatch League. He often gives support to his fellow players regardless of team status and helps the entire community by posting pictures of his adorable dog, Uni. Gamsu and Uni have now taken their talents to the Dallas Fuel for the 2020 Overwatch League season.

The Washington Justice had a rough season in 2019, falling to the bottom of the leaderboards for the first three stages. In stage four, as role lock went into effect, Corey was freed from his Zarya prison. Once he and his teammates were allowed to play heroes they actually excelled at, the Justice’s fortune shifted.

Corey and the Washington Justice began to demolish statistically “better” teams in the league. A talented sniper, Corey’s Widowmaker and Hanzo play was a game-changer for the Justice. The team went 6-1 in stage four and ranked fourth during the final stage of the league. Corey then took his DPS talents to Team USA during the 2019 Overwatch World Cup, where he fought alongside Sinatraa to bring home the gold.

Rascal experienced the ultimate redemption arc in 2019. The versatile DPS has been through the gauntlet during his time in the Overwatch League. He was originally signed to the London Spitfire, then traded to the Dallas Fuel, where he spent most of his time on the bench. After dropping down to Overwatch Contenders with NRG Esports, San Francisco Shock’s academy team, he was bumped back up to the league this season. Given a second chance, he soared.

On the Shock, Rascal spent much of his time supporting the team as Brigitte. Once Baptiste was introduced into the Overwatch League, Rascal changed the game with his stellar Immortality Field placements and use of Amplification Matrix. His ability to pick up an entirely new hero beyond his normal field of DPS talents shows his true skill as a player. While he eventually got to play Mei and Pharah as the season went on, he showed that he was able to succeed as part of a top-tier team.