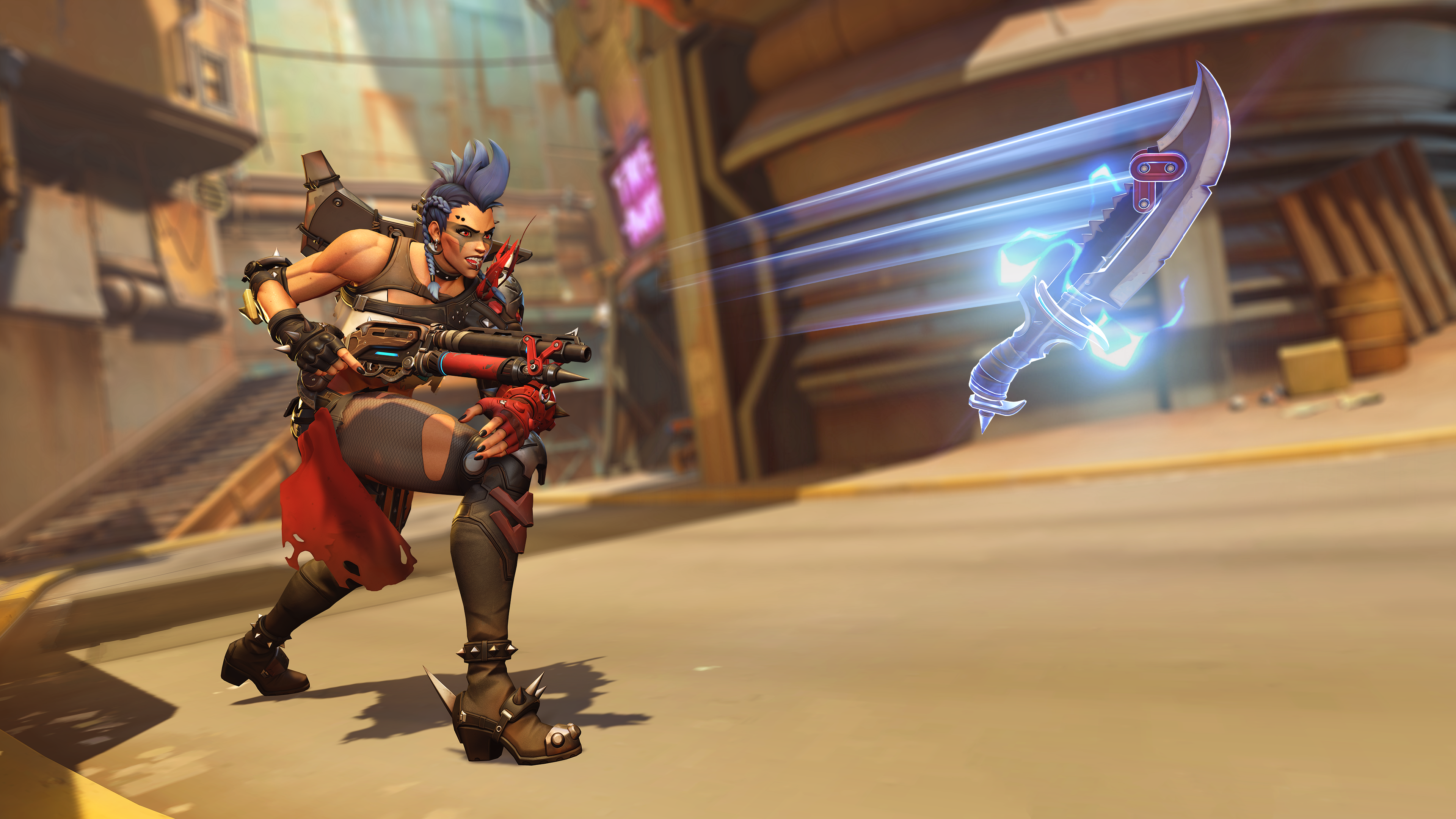 On June 16, Overwatch 2 developers gave fans a massive content roadmap to lay out how the game will progress and grow over the next year and a half. A battle pass will come to the game, replacing the loot box model, and players will get to enjoy a new Competitive system.

Heroes were at the heart of the announcement, though. Developers promised that a new hero would be released every other “season,” which lasts nine weeks. This will be more important in 2023 as the schedule progresses, but for now, four new heroes will be released before 2022 is over.

Overwatch 2 enters early access on Oct. 4 and will include three new heroes: one tank, one support, and one damage dealer. Another promised tank hero will follow when the new season begins in December.

Here’s what we know about the new heroes coming to Overwatch 2 and when we should be able to see them in action.

All new heroes in Overwatch 2

While Sojourn may not theoretically be a “new” hero, she’s been prominently featured in the Overwatch 2 beta experience–she’ll be considered a new damage addition for the early access launch on Oct. 4. Considering how many balance iterations she’s gone through since the closed alpha, Sojourn looks a lot different than she did a few months ago.

If you haven’t been keeping up with the beta, Sojourn is a former member of the Overwatch squad that relies on mobility and a mean railgun to take down her enemies. The primary fire of her railgun charges up a high-impact secondary fire shot when you hit headshots, rewarding critical hits and accuracy.

Her Disruptor Shot slows and damages enemies while her Power Slide allows her to dash across the map or get out of danger. Sojourn’s ultimate, Overclock, turns all of her shots into her powerful secondary fire. Get out of the way or get roasted.

Ever since the release of the Junkertown map, fans have been clamoring to learn more about the epic voice behind the rusty PA system: the one and only Junker Queen.

She was officially introduced as a tank hero on June 12 and will be a big feature in the next Overwatch 2 beta test, which begins June 28. Her kit is full of abilities that reward aggression and melee combat. The Queen’s ultimate, Rampage, has her rolling through a crowd of enemies while inflicting an anti-heal effect with her huge ax. If that’s not badass, we don’t know what is.

Beyond that, her kit includes ways to buff her team; her Commanding Shout ability gives her allies a speed and damage boost as they rush into danger. Junker Queen’s secondary fire includes her knife (named Gracie), which she throws toward an enemy. If it hits, she can then drag them back towards her to get close and personal.

The Queen counts as the tank hero included in the Oct. 4 Overwatch 2 launch.

The June 16 reveal event and the seasonal roadmap confirmed that the Oct. 4 launch will include a support hero. While developers and producers have been tight-lipped about the hero, they’ve made several less-than-subtle hints that this new support could be related to the blue fox seen in the June 12 trailer.

In the video, there’s a brief shot of a blue spirit fox running through Kanezaka with a team behind it. A piece of lore released in early 2021–a letter from a swordmaster, Asa, to her husband–talks about the balance of power in Kanezaka and makes multiple references to a kitsune, or a spirit fox.

Arches appear in front of the fox as it sprints through the town, matching its glowing blue form. There’s a high likelihood that this support could have an area-of-effect heal in the vein of Lúcio or could heal using static objects, a new venture for Overwatch. Either way, developers will reveal more as we get closer to the Oct. 4 launch date.

The nine-week initial season will end somewhere around Dec. 6, 2022. This next winter season will include new maps and cosmetics, but the roadmap puts a new tank hero at the top of the list as to what players can look forward to.

We don’t know anything about this tank hero–and developers have also revealed no new information–but we can make a few educated guesses.

A few years ago, Overwatch released a short story starring Baptiste. An important secondary player in the adventure was Mauga, a massive man rocking tropical prints and a lot of energy. When he and Baptiste fight together, Mauga pulls out rockets and an energy shield to protect his allies.

Developers could bring us a tank out of left field–like Wrecking Ball’s surprise introduction–but Mauga is a good shout as to who could be the next big brawler.

With heroes releasing approximately every 18 weeks, Overwatch 2 fans will have tons of new playable characters to look forward to. Looking at the current roster, the game is in dire need of additional support heroes, especially after two tanks are added in 2022. Next year should bring multiple healers to balance the scales. Other than that, the door is wide open for new concepts and ideas.