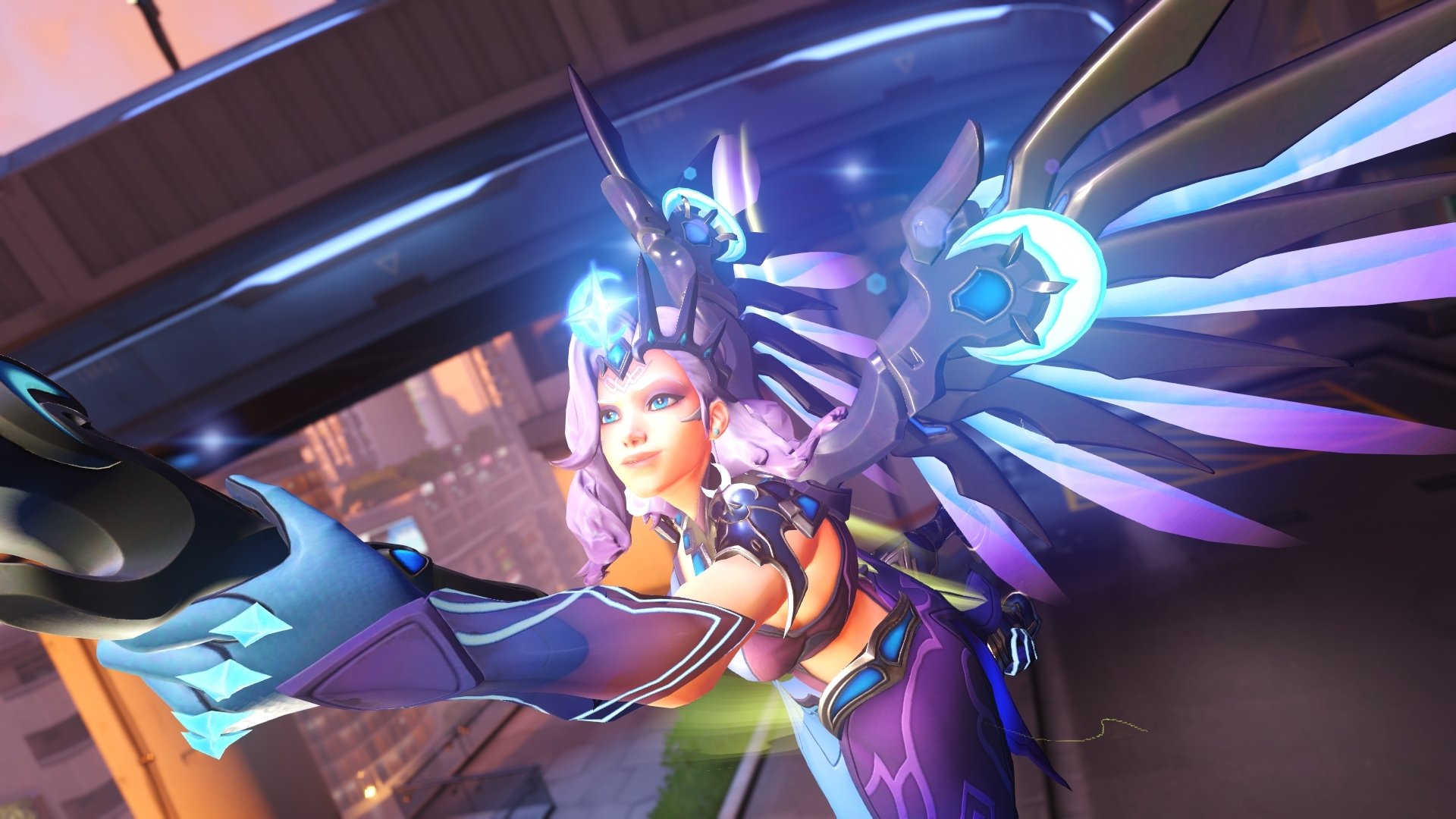 A new update is now live for the Overwatch 2 beta, featuring changes to Mercy, Baptiste, and Sojourn.

Mercy’s “Super Jump” is now a part of the game with this update, giving players the ability to cancel Guardian Angel by using the crouch key and launch her high into the air. It’s been a technique used by Mercy players for a while, but now it’s official.

“This is an initial implementation of new functionality designed to give Mercy players more options in how they use Guardian Angel,” Blizzard Entertainment said. “Some Mercy players were already able to do similar boosts by using a somewhat complicated technique often referred to as ‘Super jump’. This new functionality will allow all players to more consistently perform similar boosts, while the original technique is still there and remains untouched.”

Baptiste’s change is for his Regenerative Burst ability, which will now heal for 50 instantly and then 50 over time, instead of 100 over time like it used to be. The instant-heal portion will be doubled on targets that are 50-percent health or lower, too.

Sojourn’s Railgun, meanwhile, has had its primary fire rate increased from 13 to 15 shots per second, and the maximum ammo was increased from 40 to 45.

“Sojourn has been a little weak since her initial addition to the roster,” Blizzard said. “While this change doesn’t seem huge, increasing her rate of fire increases her alternate fire charge rate and ultimate gain, as well as purely increasing her primary fire’s raw DPS. Whenever a weapon’s rate of fire changes, it also changes how quickly the weapon will drain its magazine and run out of ammo. We’re increasing her ammo count to compensate for this.”

The full patch notes for the update can be found below: