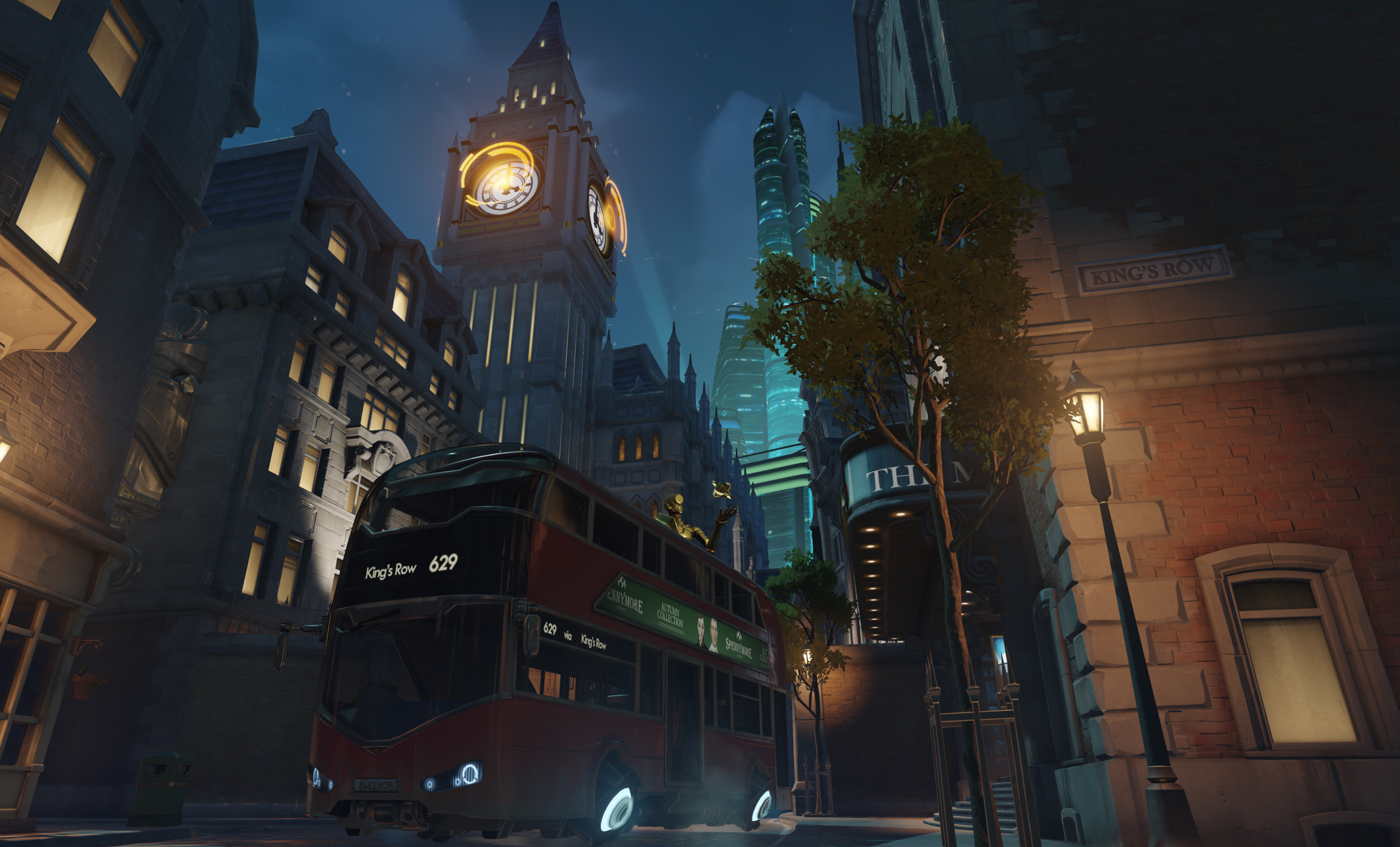 Most of the map-related hype for Overwatch 2 has focused on the sequel’s expansive additions, like Circuit Royal and Midtown. Base game staples, however, have also received comprehensive makeovers as they head into a new era.

Thus far, seven classic maps, like Eichenwalde and Lijiang Tower, have been given “time shifts” that make the maps feel new. Oasis, for example, is now lit by the moon instead of the desert sun. Meanwhile, another classic received a minor update relating to the game’s lore.

Though these seem like minor cosmetic changes, each map has been updated with Overwatch 2’s new engine, adding more “smoothness” and clarity even on the lowest graphics settings. Dedicated players will also likely notice ways to take advantage of the time shifts on a competitive level, like using under-lit alleys in Route 66 to spring an attack.

Here are all the map time shifts included in the April 26 Overwatch 2 beta. More will likely be included when the full game releases.

Overwatch’s Greek-inspired paradise gets a wash of orange in the game’s sequel. Ilios Well’s sunset version may look familiar to longtime players; it’s already in the base game and is often used for a custom game based around Roadhogs hooking players into the void. This time around, though, each of the map’s three variations have been thrown into the golden hour.

If you thought it was difficult dodging Oasis’ cars in the daytime, get ready to deal with the midnight rush hour. The desert locale looks more serene in Overwatch 2, lit with faded moonlight instead of the harsh sun. Unlike the new map Circuit Royal, which is awash in obnoxious neon, all of Oasis’ variations are lit with soft yellow. On City Center, watch out for sneaky heroes like Reaper and Tracer, who will take advantage of the new cover the darkness offers.

One of Overwatch’s most beloved maps finally gets to see the light of day—literally—with this time shift. Lijiang Tower’s impressive architecture is now lit up in morning sunlight, finally illuminating some of the map’s ideal camouflage spots. Lijiang’s Control Center still looks about the same, considering it’s an indoor arena. But there’s some good news: it should finally be easier to spot a high-flying Pharah on Garden or Night Market.

Taking long walks in Eichenwalde doesn’t sound like the ideal date, but it could at least have an equivalent amount of romance and danger in the golden hour. The decimated European city is now awash in orange light, which adds a warm but slightly terrifying ambiance to the map. Though the sunlight may be a bit different, the Overwatch 2 makeover of Eichenwalde may be a homage to the map’s look in the beginning of the “Glory” cinematic.

This perpetual player favorite shifts into light mode for Overwatch 2. We might miss the myriad lights on standard King’s Row, but the significant lack of weird, dark corners more than makes up for it. Daylight gives this map a serene feel; the streets feel fully abandoned in the light of day—omnic crisis or not. Though we’ve seen King’s Row in bright light during Overwatch: Archives events, the sequel gives the map a less jarring time shift.

There’s good news and bad news about this map makeover. The good news is that Route 66 looks gorgeous in the sequel, lit by moonlight and the dull bulbs that line businesses in the Deadlock Gorge. The bad news is that the train wreck is still burning. At least the copious amounts of fire give you a lot of visibility near the attackers’ spawn.

In the base game, Dorado feels like a beautiful city with too many dark corners and alleys to slink in. Overwatch 2 turns the Escort map into a town in the middle of a daytime celebration, complete with confetti raining down in the square just ahead of Checkpoint A. This map’s time shift also has relevance in the game’s lore: The confetti indicates this is how Dorado looks just before the “Hero” cinematic takes place.

While a visible time change hasn’t occurred on the map as far as sunlight is concerned, the attack spawn of Gibraltar has a few notable changes. In the base game, the former Overwatch stronghold is in disrepair. By the time the sequel takes place, Winston and the new Overwatch crew have taken over the base and made some notable improvements.

On the lower level of the spawn, all the computers are now working and updated with locations of game maps across the world. Upstairs, Winston’s office is now fully functional. Most importantly, the Athena protocol has been uploaded to all the computers, indicating this is likely the base of the new squad’s next adventures.