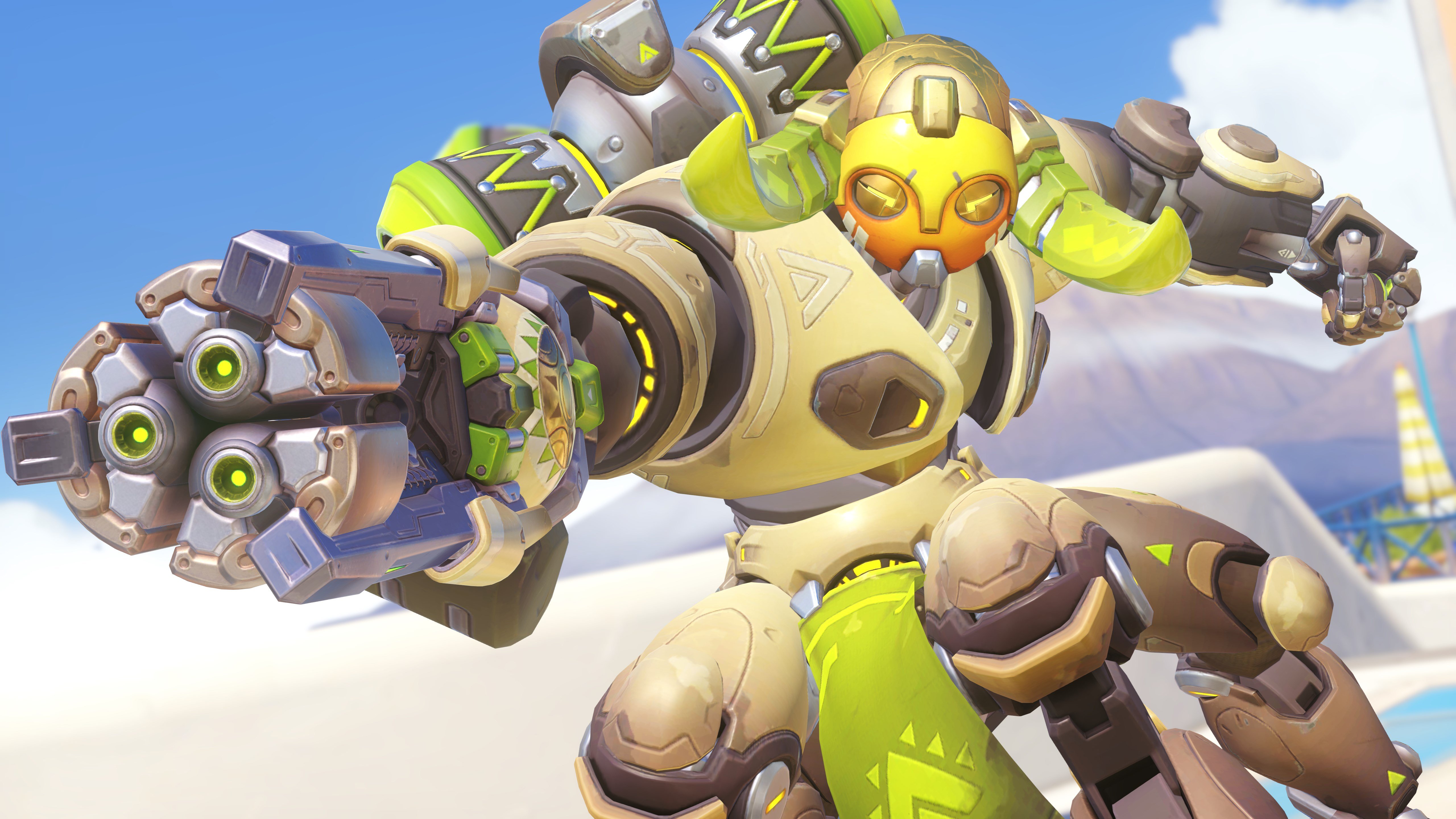 Overwatch often experiences switches in optimal team compositions that define how the game is played. This time around, the focus is on making defense the strongest offense. Meet the “bunker” composition.

The “bunker” composition, or bunker for short, is exactly what it sounds like. As a team, you solidify your position behind a shield and defend that position. You “bunker” down to hold a team away or keep them from attacking a point or payload. While the composition has been around since Orisa was added to Overwatch in 2017, bunker has seen a resurgence thanks to changes in recent patches and the addition of Baptiste as a support hero.

In the simplest terms, bunker is played by placing a Bastion in the area your team wants to defend. Orisa puts her shield directly in front of this Bastion and focuses on protecting the robot at all costs. Baptiste cranks out area-of-effect healing and drops his Immortality Field, which prevents player health from falling below 20 percent, as a last resort to prevent Bastion from being eliminated. Bastion sits comfortably in turret form and demolishes the entire enemy team.

Bunker seems simple, strong, and nearly invincible, but if not run correctly, it can backfire. Understanding the bunker composition will allow you to modify it for your needs or counter it in your own Overwatch games.

Orisa, Bastion, and Baptiste are the three heroes that are non-negotiable for the bunker composition. Bastion is necessary because of the robot’s incredible damage output in turret form. Orisa’s shield is necessary for protection and is easily replaced when it breaks, unlike Reinhardt or Winston’s shields. While Patch 1.37 isn’t live in the Overwatch League, players in the competitive mode can take advantage of a new Orisa buff. She can now deploy her shield while reloading, reducing the time that Bastion would be vulnerable.

Baptiste is the biggest, and newest, part of the bunker composition. His healing kit is extremely focused around close, area-of-effect healing, which suits bunker perfectly. His Immortality Field can protect Bastion and other healers if the bunker is attacked. His Amplification Matrix ultimate ability doubles the damage of projectiles fired through it, too. This includes Orisa’s primary fire and the endless bullets from Bastion’s turret, turning the entire bunker into a concentrated killing machine.

But Orisa, Bastion, and Baptiste are only half of an Overwatch team. Who fills out the rest of the bunker composition? The answer depends on the strengths of your team and your intentions.

As far as a second healer, many Overwatch League and high-ranked teams go with Mercy. Mercy can damage boost Bastion to increase the team’s damage output and also heal other bunker heroes. Ana is another good option, especially for teams in competitive mode. Her anti-heal grenade can prevent the enemy team from healing Bastion’s damage and can offer burst healing for the bunker if necessary.

Secondary damage dealers can vary based on what a team is good at. Most Overwatch League teams have opted for Pharah, who can use her rockets to force enemies to walk in front of the Bastion’s deadly line of sight. Sombra can also be useful to hack enemy shields so protection from the bunker’s damage is removed. No matter the choice, any additional damage dealer is normally working outside of the bunker to force the enemy team to engage.

When to play bunker

Since bunker is a very defensive composition, it’s ideal for defending points on Assault or Hybrid maps. Bunker is most often run in the Overwatch League and Contenders on Hanamura and Paris. Hanamura includes a very small “choke point” that enemies have to pass through to engage the point, as does Paris. This is optimal for a bunker composition because it literally lines up enemies in front of Bastion’s turret fire.

Bunker has been seeing much more play time in Overwatch‘s competitive mode than in professional settings. Many teams, especially in ranks below Diamond, fail to break the bunker composition, so it’s used and abused.

Bunker has been run for traditional defense on Assault and Hybrid maps, but also occasionally on Escort maps for both defense and offense. The “pirate ship” composition, most often seen on Junkertown, involves a Bastion being protected on the cart by an Orisa and possibly a Reinhardt. This has evolved into a moving bunker composition in some cases.

How do you “break” the bunker?

Damage dealers like Pharah, Hanzo, and Junkrat work wonders in attacking a bunker composition. A Pharah damage-boosted by Mercy can break the enemy Orisa’s shield, as can Hanzo’s arrows and Junkrat’s mines. What’s most important about these heroes is that they are mobile. Surrounding a bunker composition is a key way to throw off the enemy team. If damage is coming from multiple angles, both the Orisa and the Bastion may not know where to set up, and they’ll leave gaps in the bunker that teams can take advantage of.

Many ultimates can also force the bunker to “rotate” or leave their intended position. D.Va’s Self-Destruct and Hanzo’s Dragonstrike are two ultimates most often used for this purpose. If the enemy team doesn’t move, they’ll be eliminated by these ultimates. The key here is to make sure the enemy Baptiste can’t use his Immortality Field to save the bunker. Eliminate the Baptiste first or force him to use the Immortality Field and then make the bunker evacuate.

While bunker hasn’t entirely replaced the triple-triple composition in professional and competitive Overwatch, it has seen a meteoric rise in play thanks to recent hero buffs. As the composition is played more often at a higher level, variations and better counters to the bunker composition will rise. For now, remember to respect the Bastion. Nobody wins a duel with a power-boosted, shielded, protected robot, no matter how good you are at Overwatch.