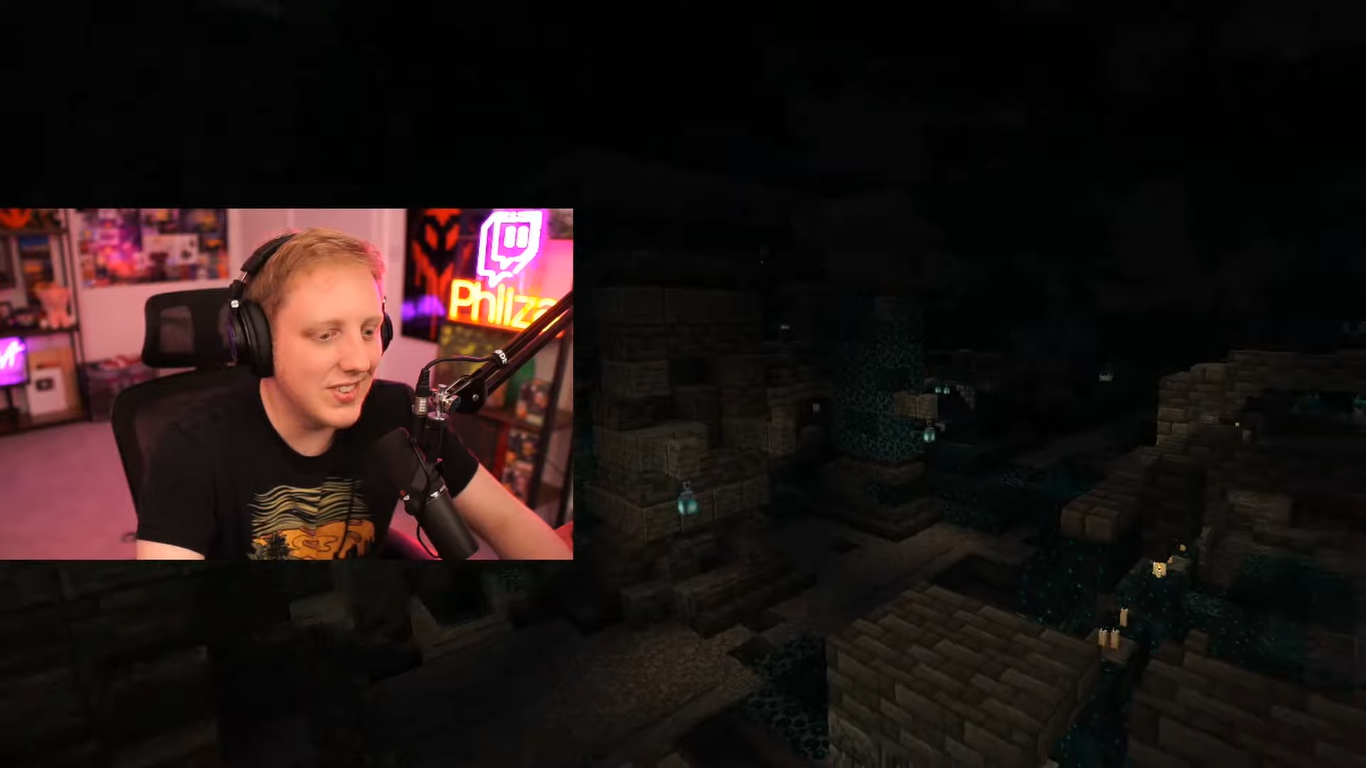 Popular Minecraft streamer and creator Ph1lza uncovered hidden secrets in ancient cities while testing the latest Minecraft snapshot live on his Twitch channel. These secrets tell a devastating story of the downfall of a past civilization.

Ancient cities are upcoming ruinous structures that will be officially added with the deep dark biome in a future Minecraft update. They contain chests of precious loot including items to help them against the Warden such as Swift Sneak enchanted books, potions of regeneration, and enchanted golden apples. It seems that they also contain a story for players to uncover.

While flying around in an ancient city looking for where chests will spawn in them in the upcoming 1.19 Minecraft update, Ph1lza accidentally found a secret layer lurking underneath. What he found was a series of hidden rooms with strange redstone contraptions, secret experiments, broken glass windows, and utility blocks that are usually found in villages.

When he saw it, he joked that it might be lore. And though he was joking at first, he then came to realize that it might actually be real Minecraft lore.

“Someone lived down here,” Ph1lza said. “Maybe this was a peaceful location and then it was corrupted by the Warden and the deep dark. An experiment gone wrong unleashed this and it spread into the above world.”

He continued looking around the ancient city and came across another strange structure. This one was made of brightly colored wool and had an extinguished campfire inside. At this point, he started to think that there must be some lore behind ancient cities and started analyzing it further with his chat.

“It’s looking like there was an outbreak, right,” Ph1lza continued, “like people lived down here, did whatever they did, scientists chilling in the middle, maybe in secret cause that looked kind of secret, and then through experimentation of these blocks, right, they brought about the deep dark and it spread.”

“Oh my god, I just realized something,” he said, “It spread because everyone died. Dead things, remember, causes this stuff to spread. Kill something near it, it spreads. There was a city of people down here and this spread from them dying.”

Perhaps villagers of the past in Minecraft lived in these cities until they were overrun by the Warden and the deep dark. Evidence present in ancient cities indicates that the city may have had scientists who were conducting experiments in secret and that these experiments led to the downfall and destruction of the entire city.

“It’s a city. It’s an ancient city. A city isn’t a city without people. There were people here and they all died and this is all that’s left,” Ph1lza concluded.

Ph1lza streamed his exploration of the new Minecraft snapshot live on his Twitch channel and the full VOD can be viewed on his channel here. He also condensed the stream into a shorter YouTube video that can be viewed below.