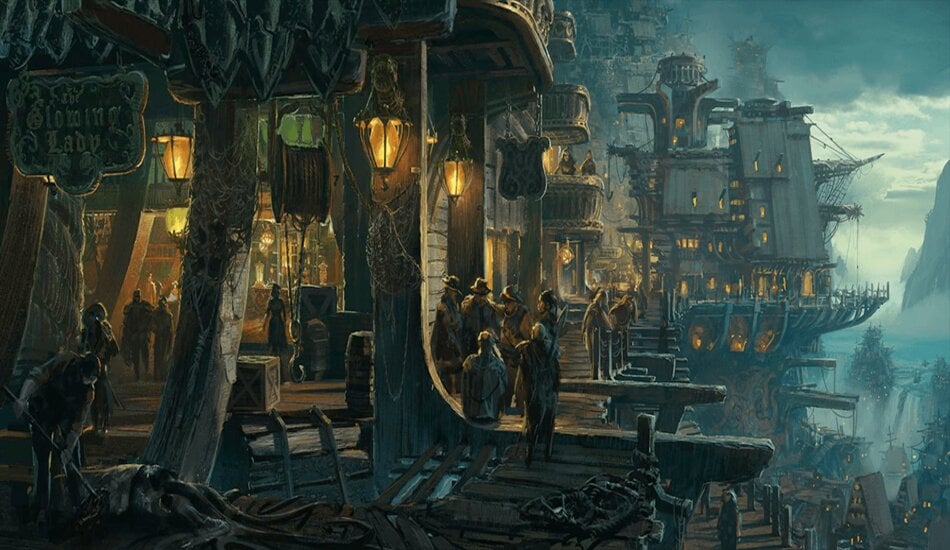 Riot Games and Fandom are joining forces in a crossover that will explore the Legends of Runeterra region of Bilgewater in D&D Beyond.

Players who enjoy League of Legends lore and LoR gameplay in the region of Bilgewater can now interact on a new level with the D&D Beyond crossover “Dark Tides of Bilgewater” for free.

Inspired by LoR, the fifth edition D&D Beyond guide contains three subclasses with a host of items and monsters. Players can access “Dark Tides of Bilgewater” for free here, along with other book recommendations depending on how deep players want to dive into the game.

The “Dark Tides of Bilgewater” digital book contains five chapters, exploring the history behind Bilgewater to the LoR and LoL champions that reside in the region.

Three subclasses allow players to game on ships, under the sea, and on the streets of Bilgewater. There’s also a ton of magical items like the Blade of Ledros, Powder Keg, and the Bilgewater Cutlass. The story itself also has three parts: Grim Shadows, Chasing Ghosts, and Turning Tides.

The Lor and D&D Beyond crossover “Dark Tides of Bilgewater” is available for free here. A free Basic Rules Guide is needed to play. Other recources included a Player’s Handbook, Dungeon Master’s Guide, and Monster Manual.

Update June 19 6am CT: D&D Beyond had originally announced that the LoR “Dark Tides of Bilgewater” campaign would be free indefinitely. The content is only available for free until Aug. 10, however, as revealed by the organization yesterday on Twitter.

Riot Games did not ask D&D Beyond to remove the content by August, according to the organization. Reporting that the content was for free indefinitely was said to be a “miscommunication” on the part of D&D Beyond.