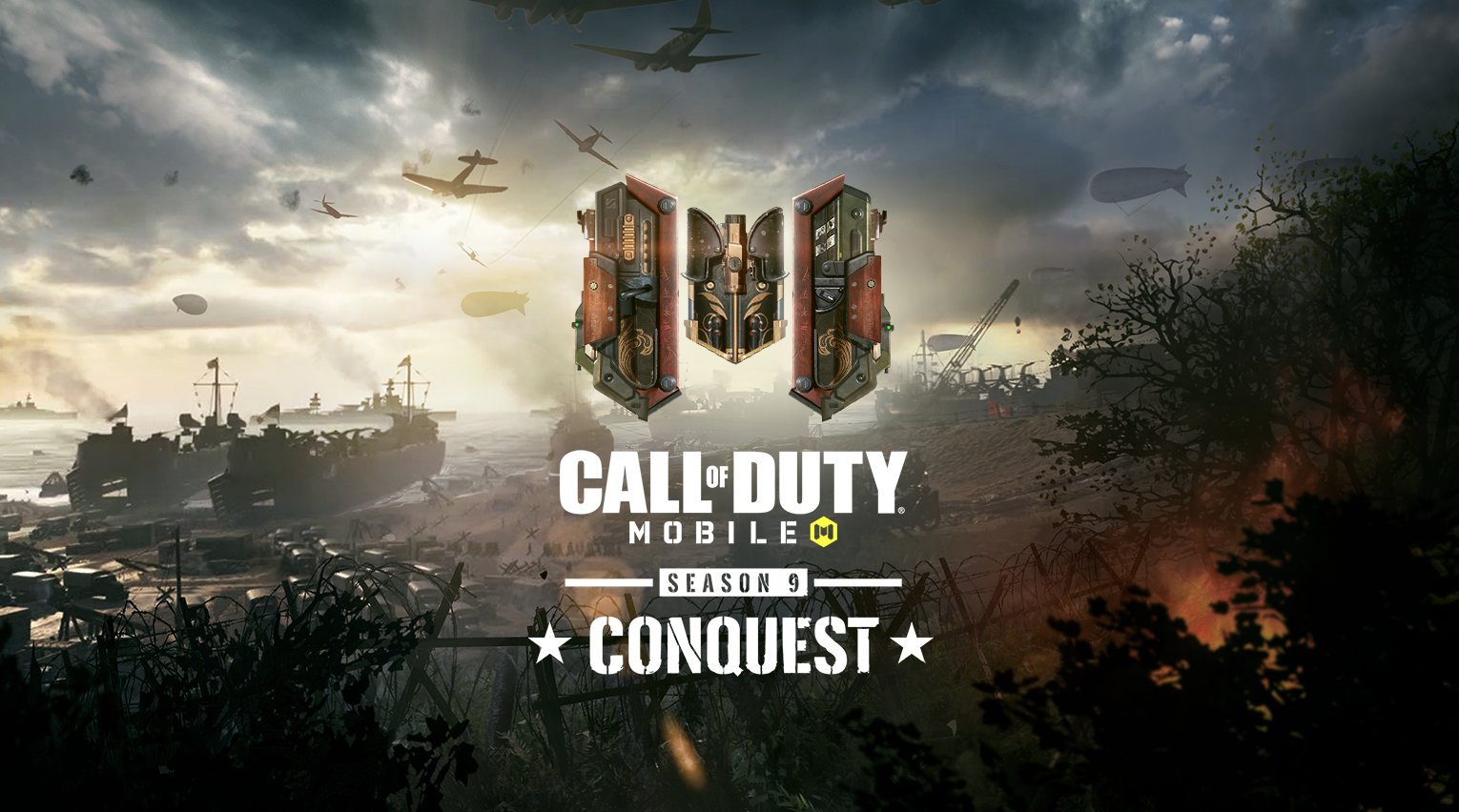 Call of Duty: Mobile’s season nine update is about to drop. The update was initially expected to come out last week but was delayed. Activision finally released the patch notes today. The season is called “Conquest.”

Both players on Android and iOS will be able to update the game through their respective app stores soon. Season nine will begin on Aug. 15 at 7pm CT. It should last for a month.

Here are the patch notes for the Call of Duty: Mobile’s season nine update.

As expected, the new season will bring a new battle pass. It will have two variants: free and premium tiers. The premium version will offer significantly better rewards.

Here are some highlights from the free battle pass.

Premium battle pass holders will be able to earn the rewards of the free one as well.

The anticipated Gunsmith feature is coming in season nine. It’s also bringing over 50 new attachments, 20 reticles, and 60 weapon levels to CODM. Players will be able to create as many as 10 loadouts.

Players will be able to unlock a variety of attachments across different categories including lasers, stocks, rear grips, barrel, optics, and more. Each weapon level will give one attachment. Players can equip five attachments (one of each category) to weapons to change its stats as per their requirements.

The Gunsmith doesn’t just give the players the liberty to customize weapons as per their liking but also adds new decorations to guns. Players will be able to equip weapon charms and add stickers to weapons and make them more eye-catching.

Gunsmith is bringing another new feature, Blueprints. These can be unlocked through seasonal challenges. These are developer crafted builds for weapons and give players the chance to experience the capabilities of different guns.

The Amper Perk will drop a bit later into season nine with a seasonal challenge and won’t be available at the beginning. The perk improves weapon swap speed along with the reload speed of rocket launchers. It will prove to be very handy for players who like to shoot down enemies’ air support.

The Thermite is the latest lethal equipment in CoD: Mobile. It sticks to the surface and “burns violently” for some time, damaging players in the surrounding area.

The legendary map from Call of Duty: WWII is coming to mobile. The tiny map will offer some fast-paced action to players.

After undergoing a major expansion in the last update, the battle royale map, Isolated, is getting some new drop locations in season nine. These include Outpost, Dormitory, Radar Base, and Campground.

The multiplayer modes aren’t the only place Gunsmith is shaking up the meta. The weapon customization feature is coming to the battle royale mode as well and works similarly to Call of Duty: Warzone.

Players will be able to pre-create five loadouts. These loadouts can be obtained through airdrops in the battle royale mode.

In season nine, players will not have to scout the map for attachments to equip on guns. These will already be pre-installed. Instead, players will now have to fund gun mods that offer unique boosts to weapons.

Armor plates are coming to the battle royale mode as well. These can be found scattered around the map. When a players’ armor is damaged, the armor plates can be used to repair it.

Players will still have to look for levels one, two, and three armor in the battle royale mode. The plates are merely used for repairing damaged ones.

Ten-versus-10 team deathmatch (TDM) and domination modes are also coming in season nine. In this, the first team to reach 100 kills will win.

It can be played on the following maps:

In the small Shipment map, the first team to reach 200 kills will achieve victory.

Just like in past seasons, the upcoming one will also bring a lot of new events. One of the highlights of the next season is the “Finest Hour Event.”

In this, players will have to select either the Eastern or Western front and build troops. These troops can be used to attack Axis occupied cities. Successfully breaching these cities will reward players with weapons and characters.