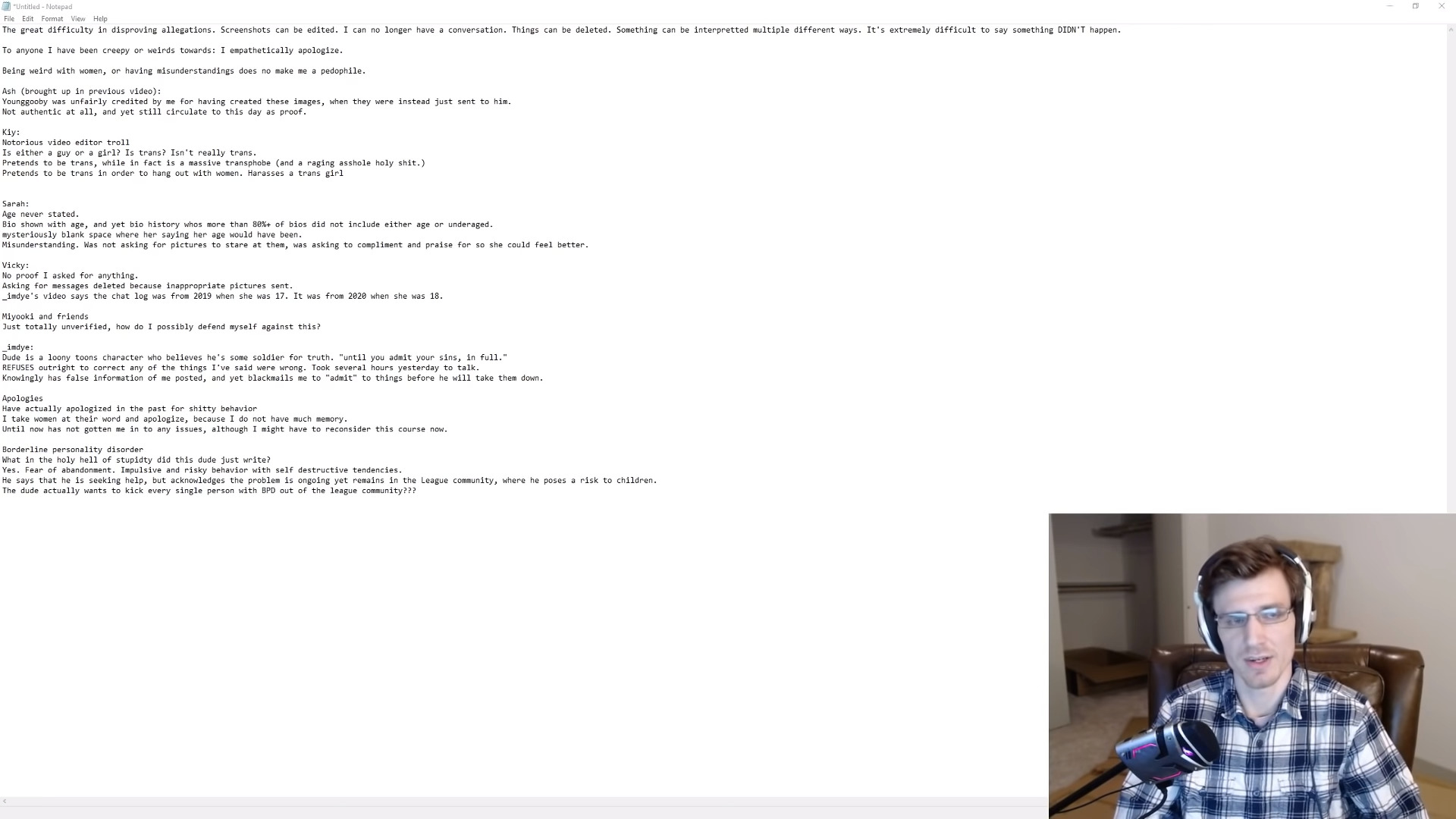 Twitch has permanently banned League of Legends streamer Robert “‘Hashinshin” Brotz after a woman alleged he groomed her when she was 15 years old. Brotz confirmed his ban was permanent via Twitter.

The ban comes five days after Maya “Caltys” Henckel, a semi-pro League player, accused Brotz of grooming her in 2017, when she was 15. She posted several screenshots of Twitter and Discord conversations she allegedly had with Brotz in which he mentioned her age, referenced her butt and breasts, and asked her for pictures.

Brotz initially said in a YouTube video Henckel used false information to paint him as a pedophile and the screenshots Henckel provided were edited.

Later in the day, Brotz posted a since-deleted Twitlonger in which he did not deny several of the allegations and instead said he could not recall what had happened. In a newer statement, he maintains he did not groom girls.

“I say again what I did was wrong, it was gross, it was extremely creepy but it was not grooming,” Brotz said. “I want people to understand that this isn’t some Ben Shapiro video, and this isn’t League of Legends. In LoL we’re so used to exaggerating and calling everything “inting” that we get used to just using the worst description possible for something. This wasn’t grooming.”

Brotz said again today he did not groom anyone, but he admitted he “did engage in inappropriate conversation with teenage women.” Hours later, Brotz tweeted that he will “earn forgiveness” and that people should “be ready to see me later and say I’ve earned your forgiveness.”

Brotz’s ban is the latest in a series of permanent bans Twitch has handed out in cases of alleged sexual assault, harassment, and other misconduct. SayNoRage, a Destiny 2 streamer, was also hit with a ban after allegations of sexual misconduct.