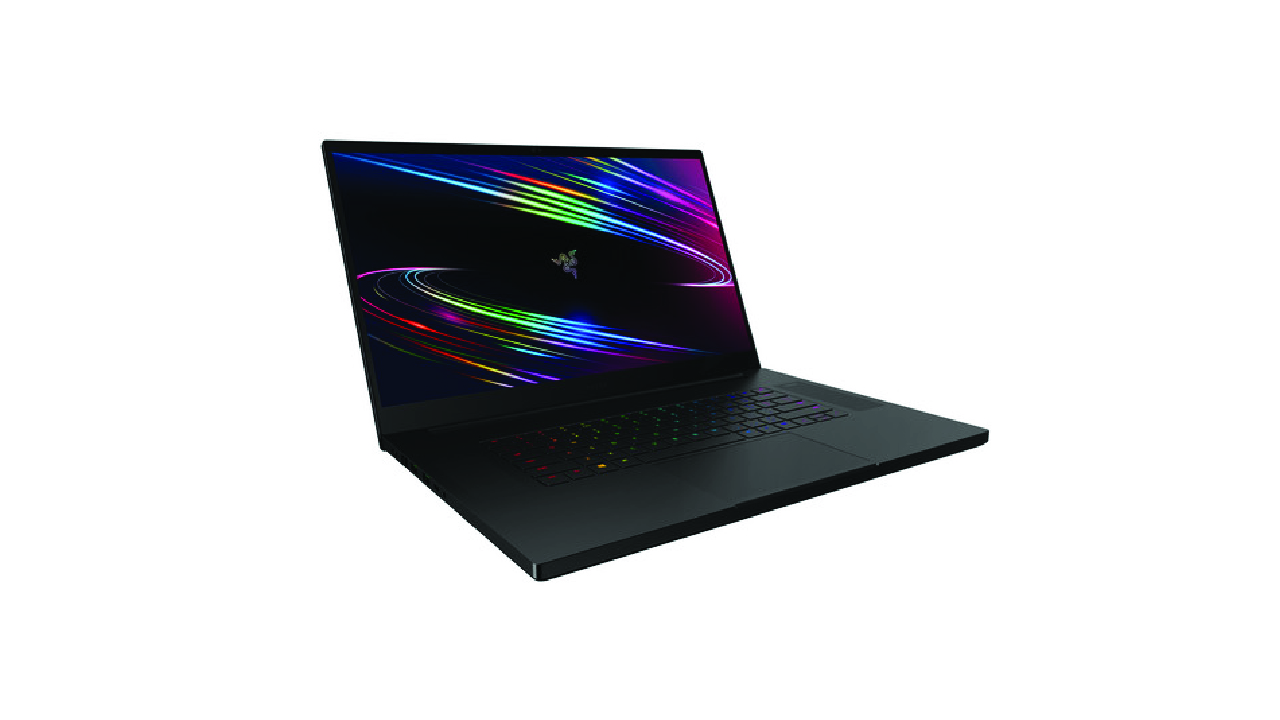 Mobile workstations are laptops designed to accomplish processor-intensive tasks. Using one of these laptops, you can accomplish many tasks that would traditionally be relegated to a desktop machine.

If you are a creator, engineer, or designer looking for a laptop computer to accomplish processor-intensive tasks from anywhere, there are many great options to consider. Here is a handy list of the best mobile workstation laptops currently available on the market to get you started.

Kicking off the list is the Razer Blade Pro 17, which is set to release in March. While this 17.3-inch laptop is marketed primarily as a gaming laptop, it is also a high-quality workstation perfect for taking productivity on the go.`

This laptop features a 10th generation Intel Core i7-10875H processor, which is great for gaming or accomplishing tasks in Adobe’s Creative Cloud applications. This 8-core processor is capable of a base clock speed of 2.3 GHz but can be boosted to 5.1 GHz using Razer’s Turbo Boost Technology.

The Razer Blade Pro 17 can come equipped with different GeForce RTX 30 series GPUs, the latest graphics card technology. This advanced laptop graphics card uses multiple cores and processors to provide ray-traced graphics and other advanced gaming features. On the productivity end of things, the Blade Pro 17 comes with 3rd-generation Max-Q graphics technology that improves hardware performance while cutting down on size. Whether you are working or playing, the GeForce RTX 30 series graphics cards will be up to the task.

This laptop comes with three display options—a 4K 120 Hz model, a 1440p 165 Hz model, and a 1080p 360 Hz model. Whether you are looking to edit media, play games, or complete productivity tasks, the Blade Pro 17 probably has a display option that will suit your needs.

As an added feature, the Blade Pro 17 connects to the Razer Core X via a Thunderbolt 3 cable. This desktop graphics box enhances your computer’s graphical capability with a built-in second GPU. This can improve both your gaming experience and your render speed in design and editing programs.

The aluminum unibody casing of this laptop is sleek and well built. The thin form factor makes it easy to take it with you on the go, and it is reasonably light for a 17.3-inch laptop. The keyboard feels good to type on, and since this is Razer, all of the keys feature Razer’s Chroma RGB technology with custom effects accessible through Razer Synapse 3.

This user-upgradeable laptop has options for a touch screen, up to 32 GB of DDR4 RAM, and a 1 TB PCIe SSD. Razer Blade laptops tend to run a little bit hot, but that is the biggest drawback to this device.

If you want to work and play on the same laptop, the Razer Blade Pro 17 might be a good mobile workstation for you.

This 15-inch mobile workstation can feature a 10th generation Intel Core i9-10885H Processor, which clocks between a 2.7 GHz and 5.10 GHz when turbo-boosted. Alternatively, you can buy a model with the Intel Xeon i9-10855H processor, which has a slightly worse 2.4 GHz base speed but features an even faster turbo speed of 5.3 GHz. Both processors are more than capable of handling even the most demanding of productivity and gaming tasks.

The P1 Gen 3 ThinkPad also features the option for an Nvidia Quadro T2000 with Max-Q 4 GB graphics card. Quadro graphics are intended specifically for computer-aided design, computer-generated imagery, and content creation tasks. The Nvidia Quadro upgrades this mobile workstation’s capabilities for tasks involving design, science, and math, making this one of the most desirable mobile workstations.

This laptop features a performance-focused display. The P1 Gen 3 ThinkPad comes with either a full HD or a 4K touchscreen display. All of the displays available for this laptop feature OLED panels, allowing for the darkest blacks and high contrast capability. The displays also feature Dolby Vision HDR to maximize the detail and colors.

Due to its carbon fiber frame, the Thinkpad P1 Gen 3 is very light, weighing in at around four pounds. On top of that, it is also highly durable. In fact, Lenovo claims to have tested this workstation against 12 military-grade requirements and hundreds of quality tests to ensure it can survive any condition. If you drop your laptop or are rough with it, this might be a good workstation for you.

The keyboard on this laptop is excellent, featuring Lenovo’s classic keyboard layout, including the iconic TrackPoint nub in the very center of the board.

The Lenovo ThinkPad P1 Gen 3 mobile workstation is a great option for designers and technical workers who are constantly on the go. Its lightweight design makes it a breeze to transport, and its graphics and editing focused features make this a very appealing productivity laptop.

Apple’s current-gen 16-inch MacBook pro with the 9th-generation 8-core Intel Core i9 processor is one of the best workstation options for content-creation tasks. While most video games don’t run on Mac, Apple has made a name for itself as the go-to company when it comes to productivity and design tasks. While the latest MacBook Pro isn’t a perfect product, it is the laptop that many creative professionals rely on every day to get their work done.

As a bonus feature, the current generation of the Apple MacBook has a touch bar that adds extra navigation options to your keyboard. This is a controversial feature, with some loving it and others never using it.

There are two big drawbacks to the latest MacBook Pro. First, the keyboard is not very fun to use. It is loud, and the keys don’t feel very satisfying to press. The other issue with the MacBook Pro is that Apple eliminated nearly all of the ports, so you will have to deal with a lot of dongles if you want to attach your laptop to a keyboard or monitor.

This computer’s hardware specs are solid and capable, but they are not the best on this list, despite the higher price of the MacBook. Part of the appeal of an Apple MacBook Pro is the operating system itself. For those who love the Mac operating system and want the slick experience of using a MacBook, it can be worth paying extra money for even a lesser product.

While they are expensive, no one can deny the elegance and usability of Apple’s laptops. They are a perfect workstation for those who want to work in the design and content creation fields. However, most Windows laptops will offer more versatile features at a lower price if you aren’t working in those fields.

The HP Zbook Create G7 is a workstation laptop designed to provide power and mobility in a sleek package. While this isn’t the highest specced workstation on the list, it is a highly-capable laptop, which should provide great performance at a reasonable price.

This laptop features a 10th generation Intel i7-10750H processor. This processor is faster than the MacBook Pro’s, clocking in at 2.6 GHz base frequency and up to 5.9 GHz when turbo-boosted. It isn’t a groundbreaking component, but it will outperform some of the other laptops on this list in regard to pure processing power.

The processor is matched with an NVIDIA GeForce RTX 2070 8 GB graphics card. This card is last generation graphics, but it is still more than capable of handling any workstation tasks you throw at it. The only time you might notice the limits of this graphics card is when you are playing graphics-intensive games or rendering large files. If you do spend a lot of time rendering, consider picking up something like the Razer Blade Pro 17, which features the newest generation of graphics cards.

The HP Zbook Create G7 comes with a 15.6-inch HD display. The OLED display comes in only 1920×1080 UHD, which is a little small for a flagship laptop like this. The display also features a disappointing 60 Hz refresh rate. With such a low refresh rate, it isn’t the best laptop to game on. On the bright side, the colors on this display are excellent, due in part to the true blacks provided by the OLED panel. The display is also a touchscreen, which is a nice tradeoff considering the slow refresh rate.

This device features 16 GB of DDR4 SDRAM and a 512 GB built-in SSD hard drive. The battery life on this laptop lasts for around 15 hours, and it comes with a massive 200-watt charger.

The build quality on this laptop is excellent, featuring a very similar unibody metallic build as a Macbook. The HP Zbook Create G7 has a silent keyboard, which is actually an improvement over the Macbook’s modern, clicky keys. It is clear HP drew inspiration from Apple in this design, and it paid off with a very slick end product.