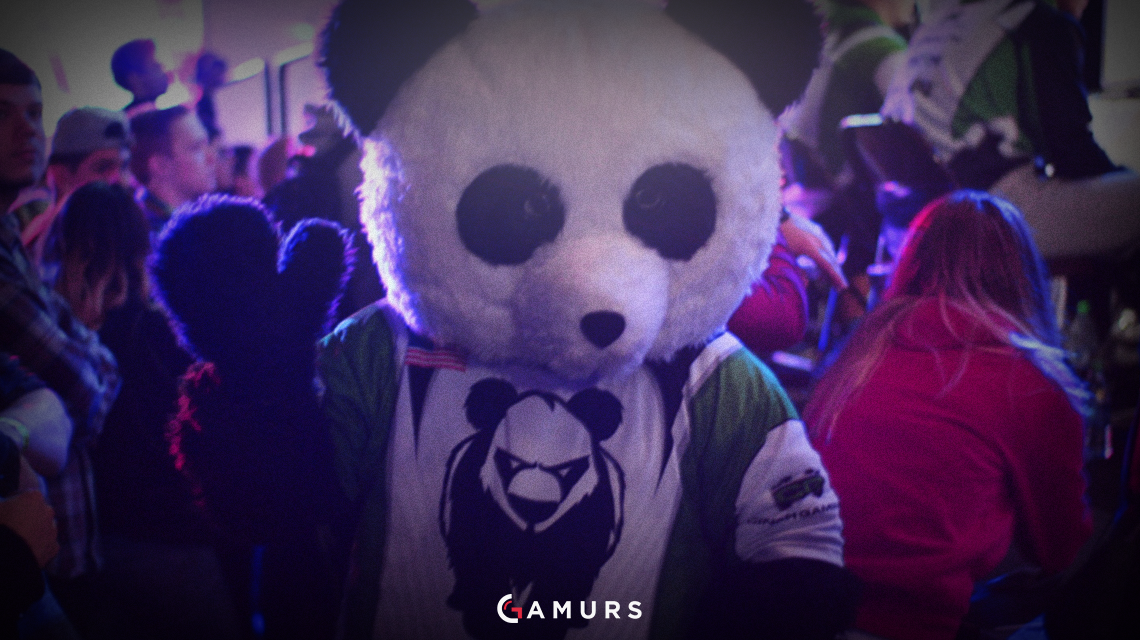 Pnda Gaming is not the cute, cuddly animal that the Call of Duty community thought it was.

Established in 2014, the team took to the 2015 Call of Duty World Championship and placed top-24. Ethan “FA5TBALLA” Wedgeworth and Preston “Priest” Greiner were the duo that stuck with the organization heading into Infinite Warfare, and picked up the strong In2ition duo of Christopher “ProFeeZy” Astudillo and Sean “Pemby” Pembroke.

After a top-20 exit in CWL Las Vegas to little fanfare, Pnda left their Priest in search of a new religion. They first turned to Adam “GodRx” Brown, but then decided to search for FA5TBALLA’s old Prophet…Jay “Prophet” Nicoletti that is, who was ready to let his talent shine on this new Pnda roster.

“I’ve had a rough patch the past year and a half with placings and teams, with things not going my way,” Prophet said. “I was pushing through it. When I got the offer (to join Pnda), it was a reassuring feeling that all the time I’m putting in isn’t for nothing.”

With chemistry being “a big factor” of this lineup, as Prophet describes “thanks to two strong duos,” Pemby said that Prophet became the new shot-caller, rather than a new fourth that had to fit into Pnda’s rotation.

“He put us in his strategy,” Pemby said. “He got us to start doing our plans, set-ups and strategies. So he basically made us a better team.”

To the casual fan, Pnda Gaming was not expected to place top-eight at CWL Atlanta, as their online grind was discounted much like that of eUnited.

Nevertheless, the team gained their confidence through persistence and online practice, and benefited from being full-time Call of Duty players.

That grind seemed to come in handy for the open bracket, where Pnda Gaming ran through the marathon Friday and Saturday and bested sides like Gut Tough Gaming and old rival SetToDestroyX who, like Pnda Gaming, were full of potential.

“All open bracket requires is stamina and being able to grind, as opposed to being into pool play where you get some breaks,” Prophet said. “Coming into open bracket, we had the confidence, the preparation and experience where we knew that we were going to blow through the bracket.”

Right out of the bracket though, the team seemed to slow down after two tough losses to OpTic Gaming and Splyce.

“We should have won those series,” ProFeeZy said.” We choked some very close games. And then we went down against Evil Geniuses 2-0, and we had to make that reverse sweep. Uplink is our best game mode, so that’s our swing map.”

Pnda finished 2-2 in group stage, and found themselves back in the championship losers bracket, like they were in during CWL Las Vegas. After taking down EU upstart side Fnatic, the team was set to face CWL Las Vegas champs Rise Nation. And although they were the underdogs heading into the match, Prophet “knew that we were going to beat them.”

“A lot of teams were weary and scared of us after what they saw throughout the weekend so far,” Prophet said. “We felt that we already had an edge, and as long as we came out and played out best, we thought we were going to win.”

“It doesn’t matter who we play, we just look at it the same way,” Pemby said. “We just go as hard as possible. But it felt good because Faccento was talking trash and it felt good to beat him.”

With Pnda Gaming riding high after that win, Pnda started to gather a few more fans on top of the strong showing of people (and Pnda) that came along to support the team. But even with the new fans, ProFeeZy was locked-in to his game.

“I love the support, the exposure feels nice, but I don’t really focus on that,” ProFeeZy said. “I just stare at my monitor and it’s tee-up time. Every map, every life, every bullet counts, especially at major events.”

In what was reminiscent of their first two pool play matches though, “small mistakes” came back to haunt them against OpTic later in the event, and forced them out of the event in a top-eight placement. Nevertheless, the team feels that it can take down a giant like OG if they can make a few tweaks to its game.

“It’s all minor mistakes that we are all making,” Prophet said. “It’s a team thing and nobody’s individual fault…and we are definitely going to become better and beat them next time.”

On the Tuesday after the event, Pnda Gaming made like some of the other NA and EU teams and flew off to Paris for the ESWC event. It would be ProFeeZy’s “first time out of the U.S.,” and he is looking forward to representing his organization.

“I look at being fully funded by an organization to play Call of Duty outside the United States as a great opportunity. So I definitely have to put on for Pnda,” ProFeeZy said. “We know our true potential, and when we are playing our game, we are unstoppable. We are a top team, and I really want to win that event.”

As for his teammates, they are ready to make another open bracket run, and with Pemby quoting the great Ricky Bobby with, “If you ain’t first, you’re last,” Pnda is looking to win it all. In the eyes of Prophet, stamina won’t be an issue to the side, and said “the only thing that can stop us is ourselves.”

“We need to win Paris so that way, we can become more than a top-eight team,” Prophet said.

And does PNDA Gaming want that OpTic Gaming rematch in Paris?

“Yes I do. Hell yeah. Bring it on,” ProFeeZy said.

“I want a rematch against OpTic, 100 percent,” Pemby said. “We choked twice, and it is not going to happen again.”

Pnda will get a guaranteed shot against OpTic if they run the open bracket and are the lowest seeded team in order to be placed in Group A. Otherwise, their next chance at the #GreenWall would have to come in the CWL Paris championship bracket.