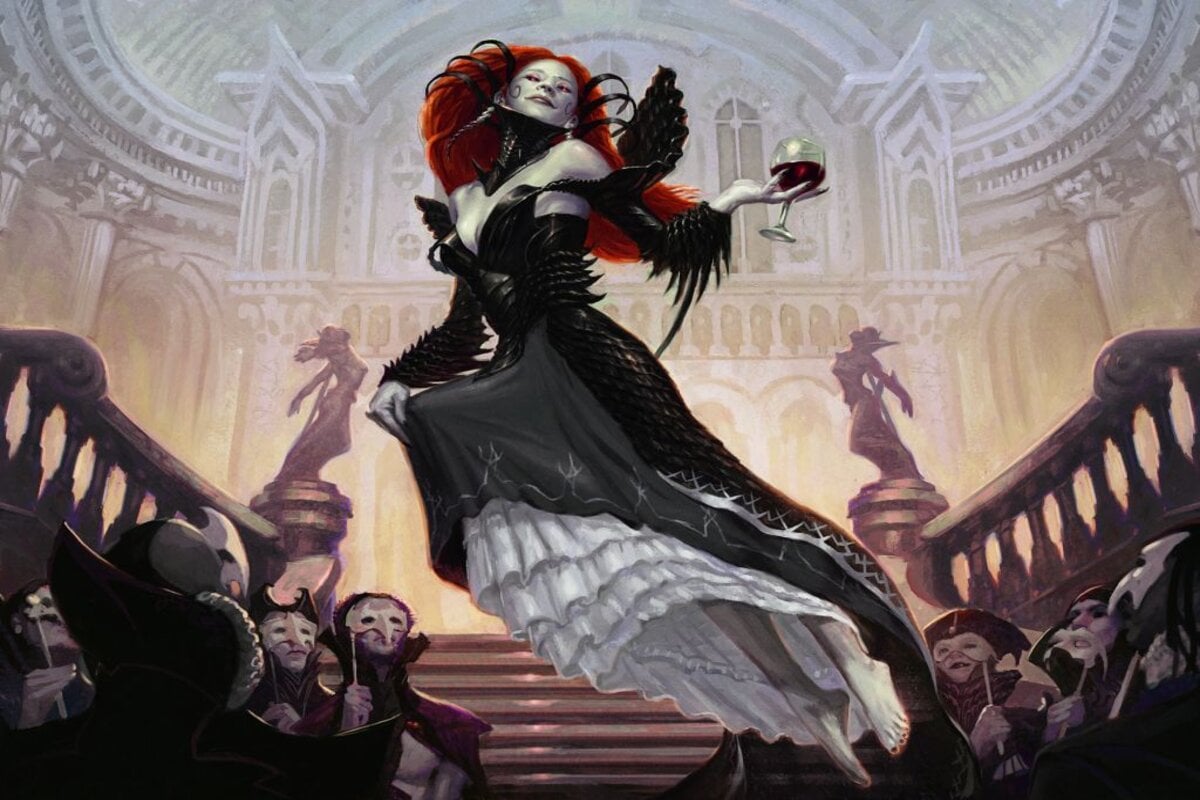 Scheduled to digitally launch on Sept. 16, Innistrad: Midnight Hunt (MID) is the first of two MTG sets on the popular Magic plane. The new Standard-legal set predominantly features werewolves and humans, with vampires being the focus for Innistrad: Crimson Vow—scheduled to release digitally on Nov. 11.

As a teaser of things to come, Florian, Voldaren Scion, a legendary three-drop 3/3 vampire with First Strike, was revealed on the last day of MID spoilers by Hareruya.

A three drop 3/3 with First Strike is a solid card on its own, especially in the colors Red and Black. The vampire lord applies early pressure and can deal with a number of early-game creatures due to having First Strike.

Florian, Voldaren Scion earns his flood of admires via their ability to search and play a card from the library, giving Rakdos builds a hefty advantage. Top cards to pull with Florian’s ability from Standard 2022 decks include Valki, God of Lies, Goldspan Dragon, Lolth, Spider Queen, and any cheap removal.

The post-rotation meta will look different with the addition of MID, possibly making room for Rakdos cards like Orcus, Prince of Undeath and Zagras, Thief of Heartbeats.

Players can get their Rakdos vampire thrills on with the release of MID on Sept. 16 via Magic Online and MTG Arena. A global launch is scheduled to take place on Sept. 24.