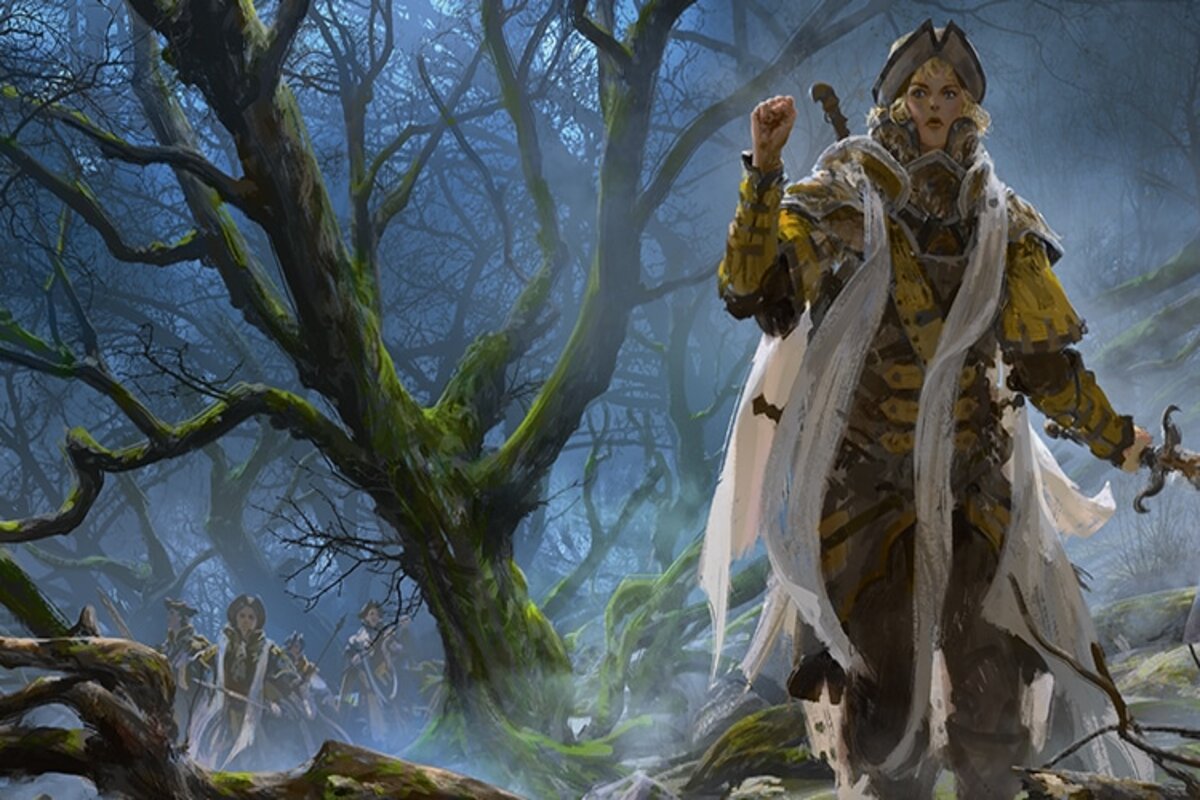 Support for a Magic: The Gathering Green and White humans archetype within Innistrad: Midnight Hunt continued on the third-to-last day of previews.

Scheduled to digitally launch on Sept. 16, humans within GW are getting a good amount of support from Wizards of the Coast in the upcoming Innistrad: Midnight Hunt (MID) set. Augur of Autumn in Green was previewed yesterday, supporting the new MID mechanic Coven while synergizing with Sigarda, Champion of Light. Also synergizing with the legendary angel were three more White human MID cards spoiled today: Adeline, Splendid Cathar; Ambitious Farmhand; and Ritual of Hope.

GW humans didn’t need another three-drop but Adeline, Splendid Cathar is a solid addition to a number of Knight and human Commander decks while also showing potential within Standard. With Sigarda on the battlefield, humans created by Adeline are pumped +1/+1 upon attacking, which can also synergize with Coven.

A defense of four is good in Standard, dodging most removal, while Vigilance allows the knight to defend and apply offensive pressure. The text on Adeline, Splendid Cathar is loosely translated and may contain minor errors.

Ambitious Farmhand is a double-faced MID card that transforms into Consummated Cathar upon a paid mana cost in conjunction with Coven. The text on each card is loosely translated and may contain minor errors.

With Coven activated and a mana cost of 1WW paid, Ambitious Farmhand transforms into a 3/3 knight with Lifelink, which can be a 4/4 with Sigarda. A double White mana sink could prove to be clunky, but the MID human shows potential during the late-game stages.

Ritual of Hope is a solid two-cost Instant that pumps go-wide strategies for lethal damage. In conjunction with all the other GW synergies, the Instant spell has main-deck potential.

Standard rotation is arriving alongside with MID when it releases globally on Sept. 24. A digital launch of the upcoming MTG set is scheduled to take place on Sept. 16.