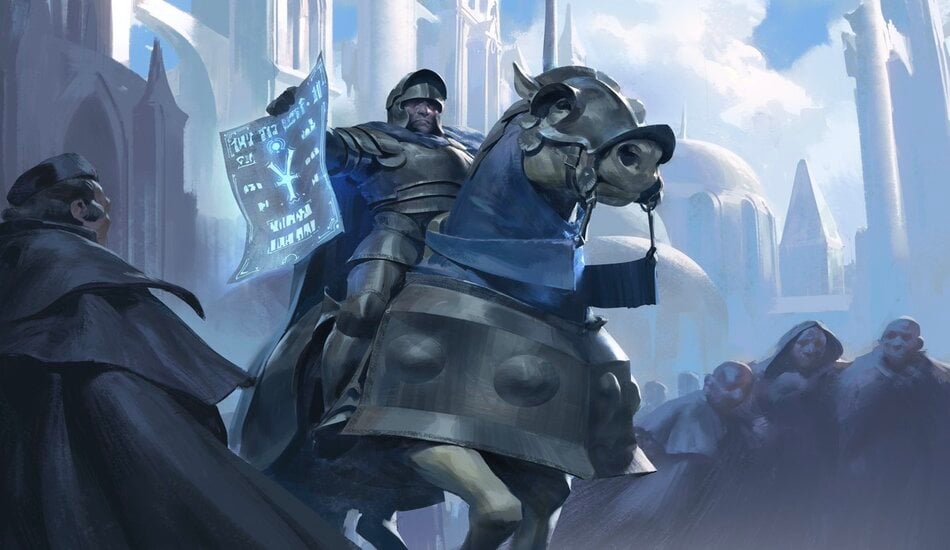 A Blue uncommon legendary knight in the Throne of Eldraine set has joined the cycle, but its falling short of MTG players’ expectations.

The Throne of Eldraine (ELD) expansion contains a cycle of five mana legendary knights. Syr Elenora the Discerning is the newest ELD spoiler and the MTG community isn’t impressed.

After the landfall of powerful creatures dropped in yesterday’s ELD spoilers, Syr Elenora the Discerning seems weak in comparison. And while it likely won’t have much of an impact in MTG Standard, Limited is a different story. As a legendary who provides card draw with a defense of four, Syr Elenora has around a B- rating for Draft.

Syr Elenora the Discerning lacks a true payoff for being a five-drop legendary. It does provide cantrip upon entering the battlefield, but it lacks evasion and other valuable tools.

It also hits the opponent for a higher mana cost regarding spells that target Syr Elenora the Discerning. If that cost was spread out to include damage aimed at a player and their planeswalkers, it would elevate Syr Elanora’s status. As it stands, she’s around a C rating, at best, in Standard.

Related: Knights get major boost from The Circle of Loyalty, a powerful Throne of Eldraine mythic rare

Throne of Eldraine releases early via MTG Arena on Sept. 26 and the pre-release weekend via ELD Limited Sealed runs from Sept. 27 to 29.