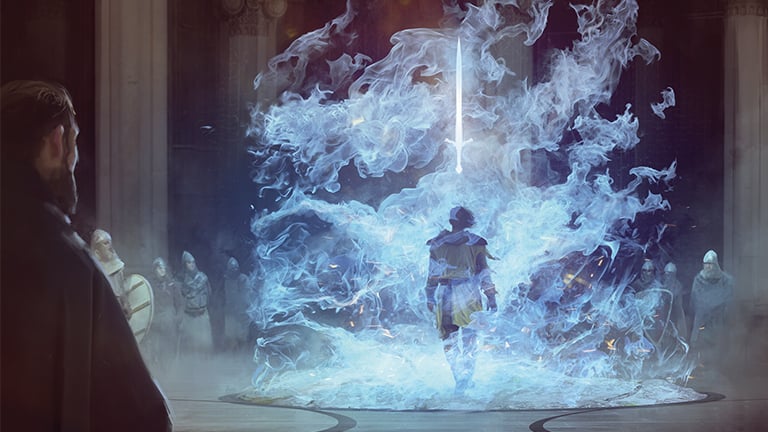 Knights tribal is definitely a big feature in Magic: the Gathering‘s newest set, Throne of Eldraine (ELD). To headline the chivalrous horde is a powerful mythic rare enchantment that could come to define the tribe: The Circle of Loyalty. Let’s break it down.

To begin, this card is a six-drop enchantment, but its first ability fudges that math. The Circle of Loyalty is clearly intended to be in a Knights tribal deck, so it will be cheaper—potentially only costing two mana.

For all that work, players will get a ton of value. The Circle of Loyalty has two more passive abilities that work great together.

First, it has an anthem effect, buffing all your creatures by +1/+1. In addition, you’ll get a 2/2 Knight every time you cast a legendary spell. There should be plenty of those in your deck as well, such as Syr Gwyn, Hero of Ashvale. We expect there will be at least a few other legendary Knights to discover once we see more of the set released.

Finally, The Circle of Loyalty even has an activated ability to bring more Knights onto the table. This card is super flexible and makes everything a Knights deck wants to do even better. With powerful Standard-bearers like Knight of the Ebon Legion and Midnight Reaper already seeing play, this deck feels inevitable in the coming Standard season.