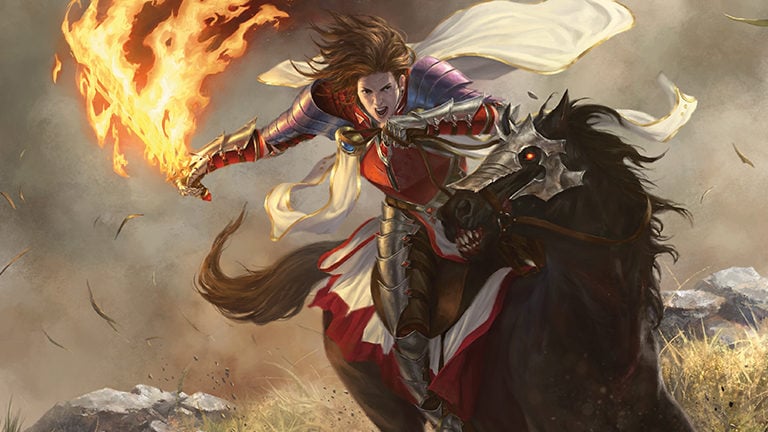 Spoiler season is underway for Magic: The Gathering’s upcoming set, Throne of Eldraine (ELD). And one notable theme that’s being made obvious as more cards get revealed is that there’s a Knights tribal theme.

Here’s everything you need to know about the Knights tribal theme in ELD.

Knights were a theme last year, too

Many Knights were printed in Dominaria and got backup support in Core Set 2019. This Abzan Knights deck, for example, is a powerful aggro deck that’s also a bit of a one-trick pony. The key enablers for these kinds of decks were Benalish Marshall and Valiant Knight, both of which leave Standard later this month.

Throne of Eldraine is bringing back Knights in a big way

If anything, Knights are looking to be even more of a feature in the coming Standard season. Many of the creatures spoiled so far are Knights and they have specific combo enablers, especially when it comes to equipment.

The leader of the charge is Syr Gwyn, Hero of Ashenvale, a powerful Knight that lets other Knights grab weaponry for free, no matter where they are on your battlefield. Following up with an attack squad of Knights will then restock your hand and set you up for some more aggressive turns.

Other key enablers include Knight’s Charge, Tournament Grounds, and Banish into Fable. There’s also some creative equipment that looks to be targeted at Knights, such as the Mace of the Valiant.

Deeper spoilers from the Brawl pre-con decks hint at further Knight support. Inspiring Veteran could be a powerful new Knight lord, while attackers like Belle of the Brawl give bonuses as well. There’s absolutely no shortage of Knights and equipment that could be printed in ELD.

So what are you waiting for? Go out and get knighted—or something.