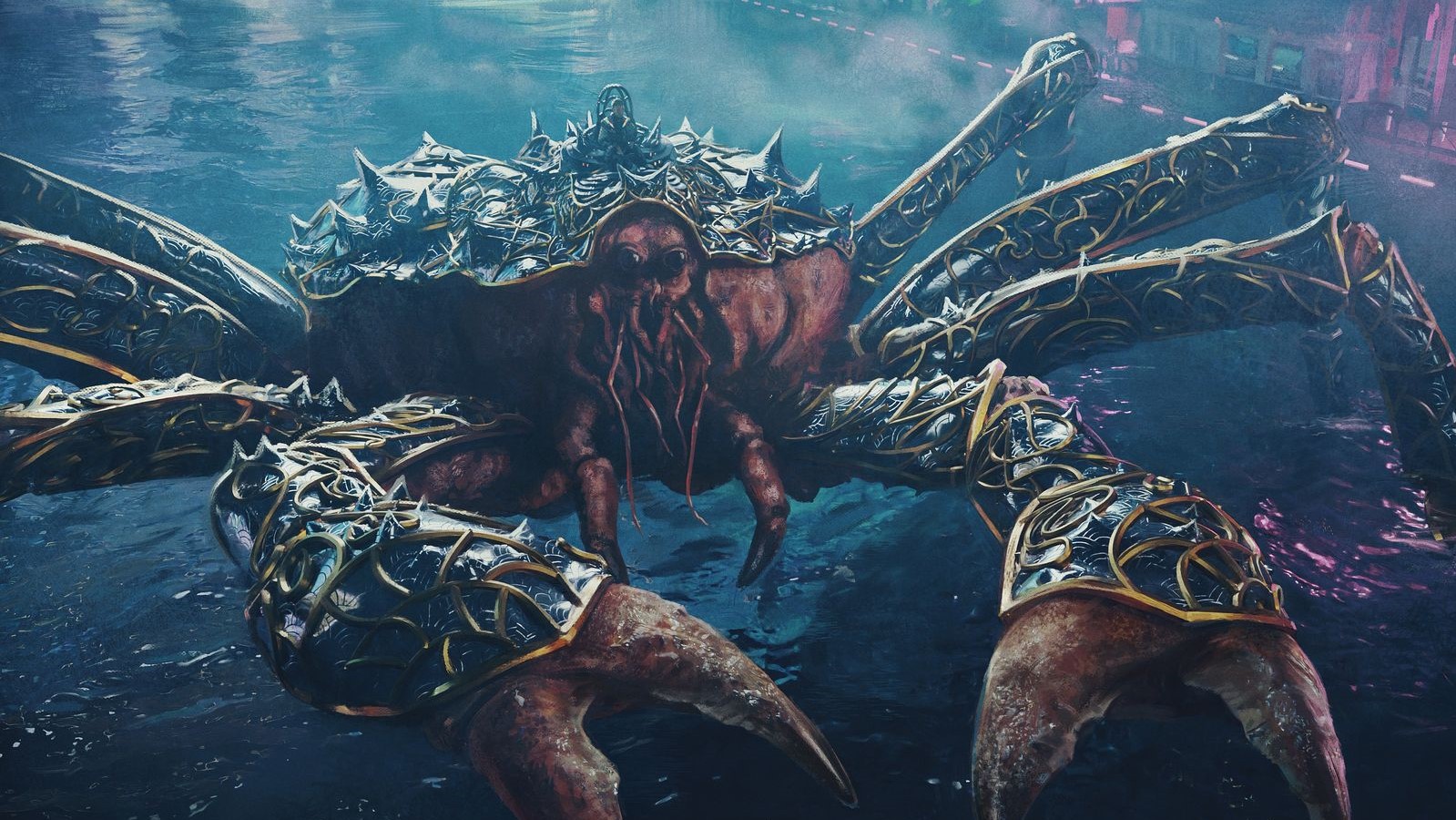 Blue decks in Limited look to build incremental advantages over the course of the game to control the battlefield and win with a large finisher or several evasive Creatures.

Kamigawa: Neon Dynasty gives Blue a more aggressive gameplan in its color pairs by making it a key color in Ninja and Vehicle archetypes. These strategies are focused on applying pressure in the combat step while disrupting the opponent’s strategy at key points in the match. 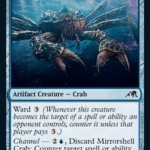 Here are the different color pairs and archetypes found in Blue in Neon Dynasty Limited.

Here are the best Blue Common and Uncommon cards in Neon Dynasty Limited.

Armguard Familiar is a nice representation of why Reconfigure is a strong ability. This card comes down as a two-mana 2/1 Creature that can immediately impact the battlefield. It disincentivizes the opponent from removing it with a spell with its Ward 2 ability.

Once your battlefield is further developed, it can Reconfigure onto an important bomb, giving it a substantial stat boost and protection.

Ninjutsu decks are going to need this card to support its strategy. For one mana, you get a 1/1 Flying Creature. This is a great way to get an unblocked attacker through to turn on Ninjutsu. Network Disruptor retains value as the game goes on with its enter the battlefield ability

U/B decks will value Creatures with evasion to enable its Creatures’ Ninjutsu ability. Futurist Operative is an imposing four drop with a hefty 3/4 stat line. When Futurist Operative becomes tapped, usually when declared as an attacker, it becomes a 1/1 unblockable Creature.

Even if you don’t have a Ninjutsu card in hand, the three-mana activated ability gives it pseudo-Ninjutsu.

Control decks would love to play Jin-Gitaxias, Progress Tyrant every game as a control finisher, but that isn’t possible in Limited. Mirrorshell Crab gives control decks an excellent finisher at Common.

For a seven-mana investment, Mirrorshell Crab enters the battlefield as a 5/7 with Ward 3. It’s a hard to remove threat that forces blocks and shuts down attackers. The Channel ability is also solid, allowing you to counter a problematic spell or ability in the early or mid-game.

Mobilizer Mech helps enable vehicle-based gameplans by maximizing the value of Creatures used to crew. At a base level, a 3/4 flying Creature is solid and Crew 3 shouldn’t be hard to achieve with the help of Neon Dynasty’s Pilot tokens.

What makes Mobilizer Mech playable is the ability to turn another vehicle into a Creature when it’s crewed. Getting two Creatures for the price of one crew cost is a worthwhile deal.

Prosperous Thief is an Uncommon payoff for running evasive Creatures and using Ninjutsu. This 3/2 Creature has Ninjutsu 1U and whenever one or more Ninjas or Rogues deal damage to a player you create a treasure token.

Treasure tokens are a way to accelerate your mana and have added value in Neon Dynasty. Treasure tokens can be sacrificed to activated abilities found largely in Black or Red cards.

Blue decks are going to have plenty of Artifacts and Skyswimmer Kol is a way to take advantage of that. Every time an Artifact enters the battlefield you may draw a card then discard a card.

This ability is a great way to get rid of lands in the late game and the evasive 3/3 body enables Ninjutsu or just end the game on its own.

Blue doesn’t have access to good removal, but Tamiyo’s Compleation is an effective Enchantment that can shut down Creatures and vehicles. Unlike other tap effects, Tamiyo’s Compleation is playable because it removes all abilities from the permanent it’s attached to. This prevents an opponent from generating value from activated or triggered abilities.

Flash also helps make up for the card’s expensive mana cost because it can be played on an opponents turn, leaving mana up on your turn to develop the battlefield.

If left unchecked, Replication Specialist has the ability to bury the opponent with a couple of activations. The body is already good, sitting at 3/4 with flying. Its triggered ability can create token copies of Artifacts that enter the battlefield.

With the prevalence of Artifact Creatures in this set, this acts as a way to build a wide battlefield quickly. Combine this with Creatures with strong enters the battlefield abilities and the game should come to an end shortly after.