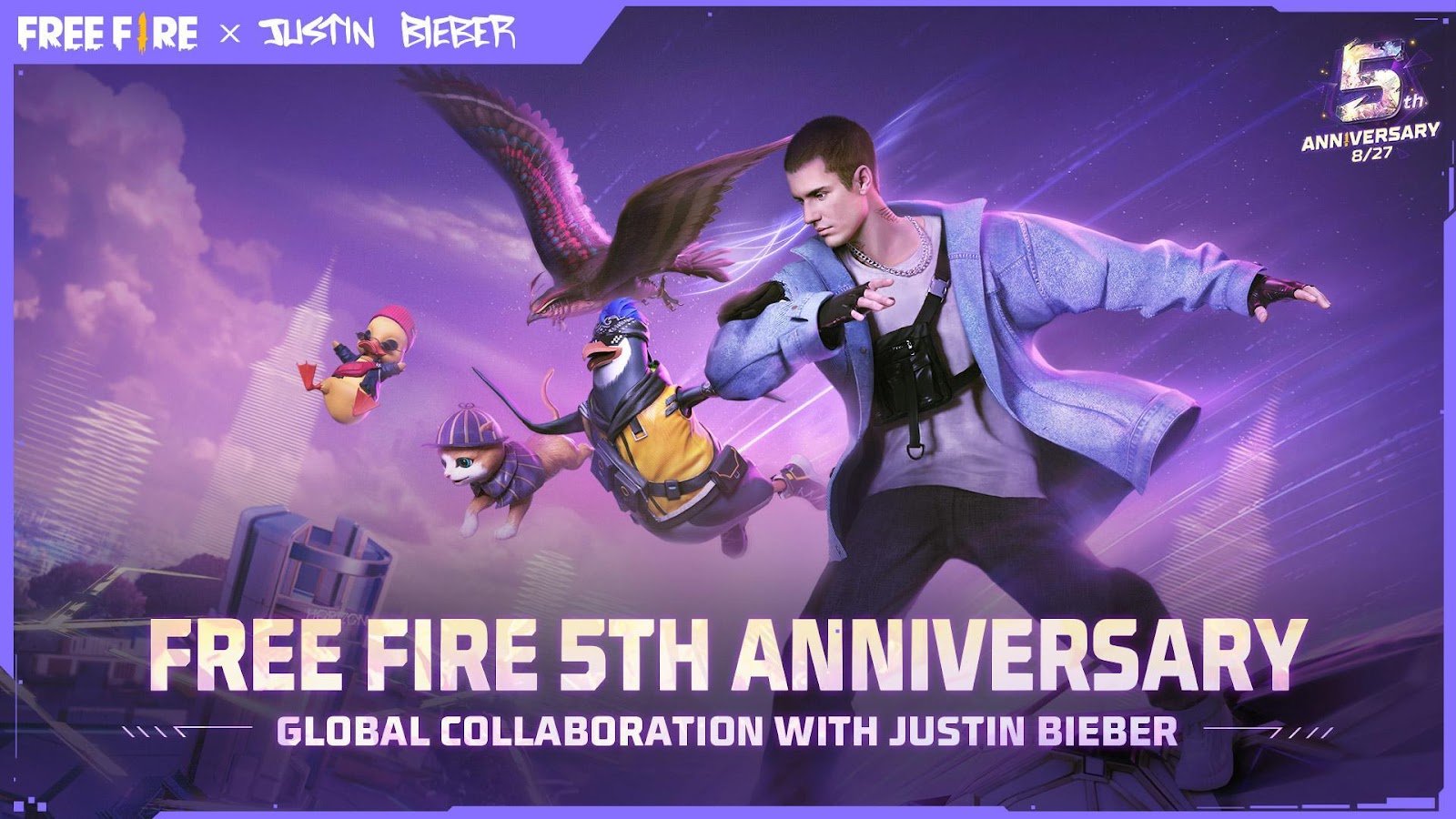 Free Fire is set to host its first in-game performance in collaboration with Justin Bieber.

The pop icon will debut an exclusive track as a part of the battle royale’s fifth-anniversary celebrations, themed as “reunite the world.” Garena has also promised to bring back players’ favorite themed content as well as giveaways and exclusive rewards.

“I’m excited to partner with Garena Free Fire to have this opportunity to entertain my fans across the globe,” Bieber said. “This collaboration with Free Fire has allowed us to explore various dimensions in which we can integrate my music with games and I can’t wait for everyone to enjoy what we have worked hard on behind the scenes.”

Bieber’s performance is set to happen on Aug. 27 and will offer an interactive setup, custom emotes, mini-games, and will even perform with his avatar on stage.

Free Fire is now known for its iconic collaborations with global stars and celebrities who produce exclusive songs and music videos for the game, such as Brazilian DJ Alok, DJ KSHMR, K-pop group BTS, and Brazilian pop singer Anitta. Some of them even became characters in the battle royale, giving players and fans the opportunity to impersonate their idols in their favorite mobile game.

More information about the Free Fire collaboration with Bieber will be released soon.