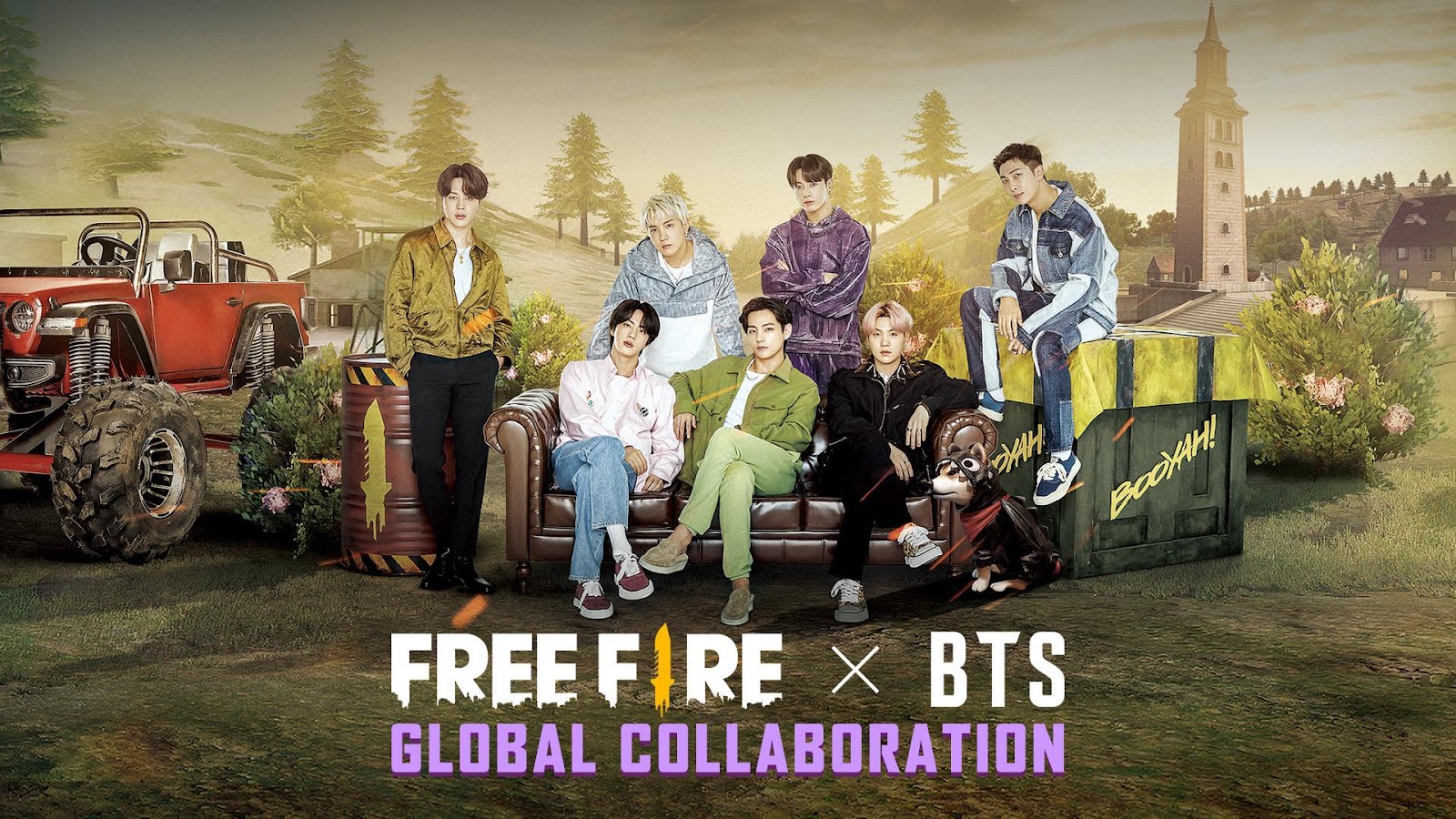 The collab between Free Fire and BTS is being promoted in many different ways, both inside the game and in real life.

This is one of the biggest collaborations of the game yet. Besides the traditional in-game event and bundles, Garena has invested in combining virtual and real-life activities with the K-pop band. “The Free Fire x BTS Show,” for example, was a great way to bring the battle royale to life with a two-episode variety show hosted by the members of the band. They were also the ones who designed the costumes and emotes presented in the in-game event.

Other global music icons have already been featured in the game. Brazilian DJ Alok partnered with Free Fire in 2019 by becoming a character in the game and producing an exclusive song that was played live by him during the Free Fire World Series (FFWS) 2019 grand finals. In 2020, it was DJ KSHMR’s turn to have his own Free Fire character and play his song in an online concert.

Other Free Fire x BTS event surprises are expected to be announced next week.